by Erin Greene on 03 Nov, 2014 12:59 • Español
An ITU World Champion, Hall of Fame nominee, board member, high performance manager, coach & event commentator, Fairweather's contribution to triathlon was immeasurable. The grief of her...

The triathlon community suffered a great loss with the passing of Jackie Fairweather (nee Gallagher) on Monday. An ITU World Champion, Hall of Fame nominee, board member, high performance manager, coach & event commentator, Fairweather’s contribution to triathlon was immeasurable. The grief of her passing is shared by athletes, coaches, managers, fans and all of us here at ITU alike.

Fairweather’s triathlon journey started in 1992. She was already a runner and had just finished her master’s degree in exercise physiology when her and flatmate Rina Hill (nee Bradshaw) found triathlon. In 1992 they moved to the Gold Coast to train full time. 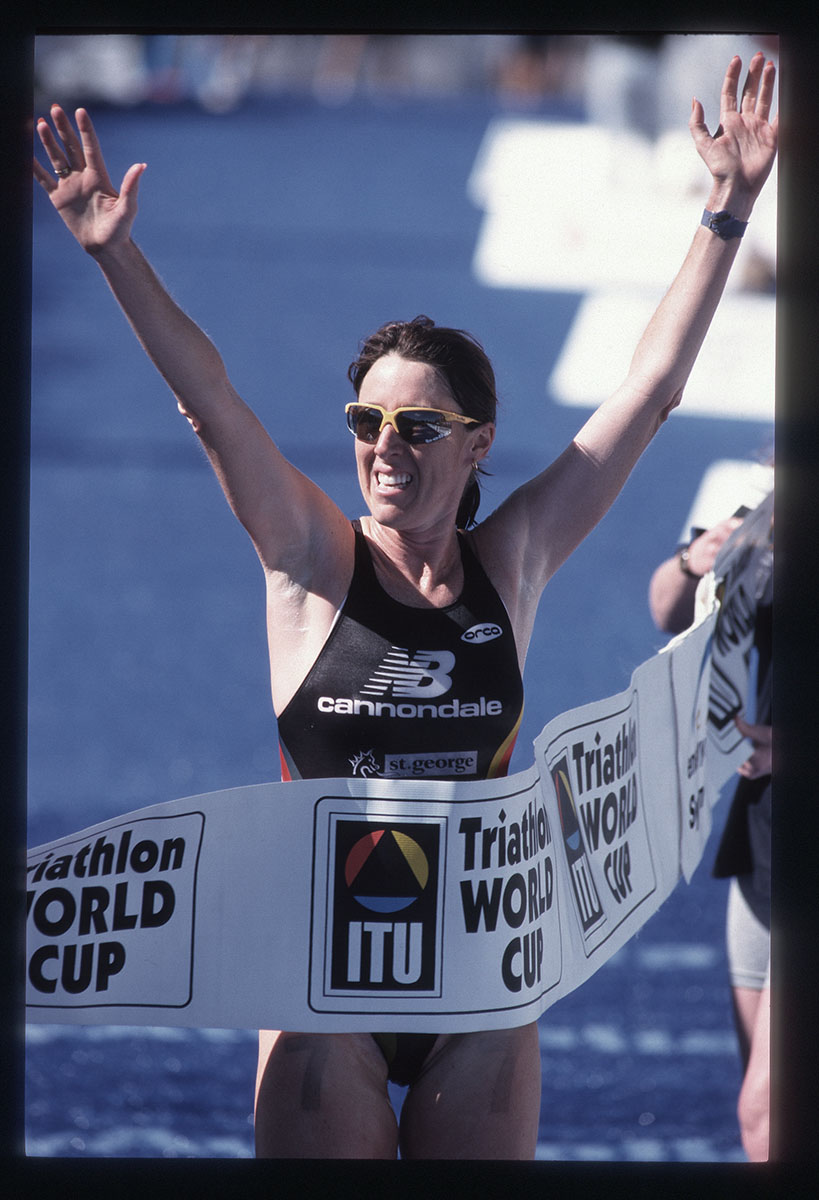 The 1999 race in Montreal was the last ITU World Championship Fairweather competed in. After missing out on the Sydney Olympics, Fairweather decided on a different path. She applied for the job as the inaugural Head Coach of the Australian Institute of Sport Triathlon program, and got it.

Rather than a traditional head coach role, Fairweather worked as a high performance manager and technical director to drive triathlon in Australia to new heights, one of her early recruits was Emma Snowsill.

While retired from triathlon, Fairweather had set herself a personal challenge – a marathon. Dual ITU World Champion Karen Smyers helped her get a start at the Boston Marathon in 2001, and in it she ran 2:35.46, and qualified for the Commonwealth Games.

Days after finishing up the first AIS overseas triathlon camp in France in 2002, Fairweather claimed bronze in Manchester in that event.

Fairweather was known for her analytical approach to the sport and tenacity to try something different. She helped establish the Junior and Under23 World Championship format, with clear age divisions and a sprint distance for juniors.

And she was also on the ground for a new era of ITU, web broadcasting, jumping on air at a race in 2004, and commentating for the next two seasons.

Fairweather was also just the second athlete to be a member of the ITU executive board, from which she served from 2004 to 2008. Fairweather worked at the Australian Institute of Sport as a Senior Sports Consultant since 2005, and was married to Olympic gold medal archer Simon Fairweather.

Our thoughts are with all of those that knew and were touched by Fairweather, especially her friends and family.

“Aside from her amazing career in Triathlon, Jackie’s role as an elected ITU Executive Board member made a lasting impact on the sport. Her ability to speak her thoughts clearly, intelligently, and persuasively ensured that policies for the athletes and the sport were always promoted when Jackie was around. Establishing the U23 category was just one of the policies that Jackie fought for and won.  We are all with heavy hearts and our thoughts are with Simon, Jackie’s family and many friends,” said ITU Secretary General Loreen Barnett.

“I was deeply shocked to hear the very sad news about Jackie. We raced each other in early World Cup events and had many a discussion around all sorts of matters for her Board and Commission work. I remember her engaging and insightful commentaries as well. It was great to have a knowledgeable woman commentator - we really will miss that now just as we will miss her sparky nature,” said ITU First Vice President Sarah Springman.