Cuba’s capital will host the second edition of the Habana ITU Long Distance Triathlon Series and the Iberoamerican Championships on 13-14 February 2016, an event that will serve as a great promotion for the sport in the country.

Present at the official presentation of the competition in Habana was ITU President, Marisol Casado, who was able to see first hand how Cuba “is doing great things to grow triathlon and organize more events”.

“Cuban triathletes must have a high level race in their country, so they can be more motivated and inspired to have the best triathletes of the world competing here,” Casado said.

The Cuban Federation has been working with some other Federations, like the Spanish, Italian and Portuguese, in order to spur development of the sport in the country. Cuban coaches, athletes and technical officials have also received assistance from ITU programmes to improve their skills and capacities, and they have set up a High Performance Training Centre in Habana to work with local triathletes.

For example, this year, Cuban athletes Leslie Amat Alvarez, Lizandra Hernandez and Michel Gonzalez were selected to participate as a part of Team ITU at the Huatulco World Cup, where ITU provided an expert coach to the Team, as well as assisted in offsetting costs for participants.

Cuban officials Technicians with international who supported the event and those who still need to be overcome more prestige to their ethics and professionalism that competition; and they are ready to make the next Havana `16 Triathlon fair and worthy event of the highest quality and deserves our sport and all its practitioners.

The Federación Cubana de Triatlón has the goal to host one of ITU’s premier racing circuits event in the near future, “which will be an honor for the National Federation, and a great catalyst for triathlon growth in Cuba” stated Alejandro Puerto, Cuban Triathlon Federation President.

The Habana race is a positive step to make that goal a reality. The first edition of the event was held last year with great success, punctuated by USA Triathlon sending athletes to Cuba for the first time to participate in the event.

February’s races, which already have more than 380 triathletes from more than 30 different countries, will give ranking points for Rio 2016, and will be held in the Marina Hemingway, one of the most enchanting places in Habana. 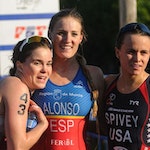 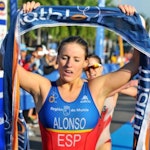 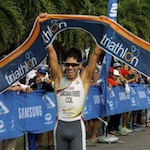 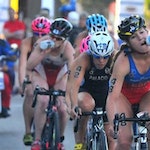 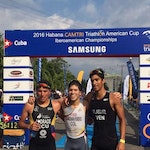