A way of life for the World Triathlon Technical Official team 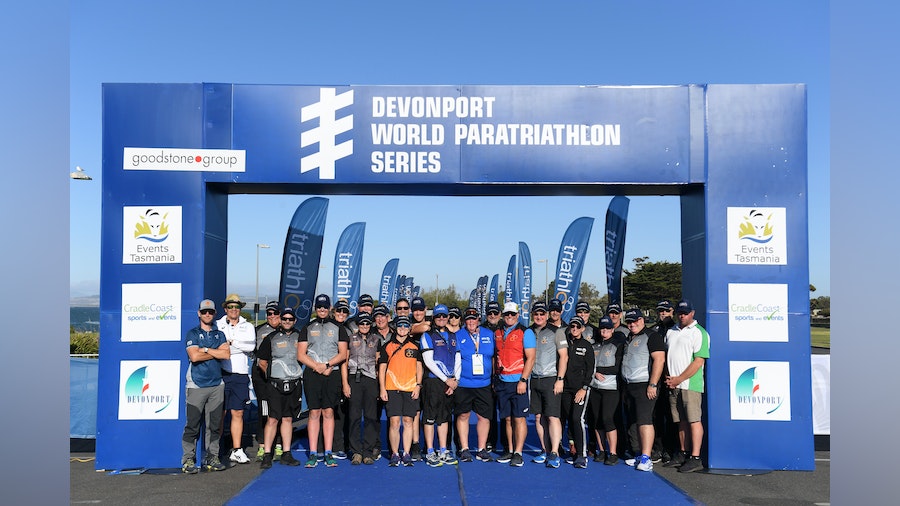 Race morning is a hustle of activity onsite. Competitors are warming up and preparing, supporters are eagerly finding sideline places, water safety are getting into position and the local organising team along with the event team are completing their final checks. Race mode is on. The team of World Triathlon Technical Officials, delivering the event, line up.

At an event, you only have to take a look around at the technical officials to witness the ultimate professionalism and dedication they give the role and offer to the sport of triathlon.

If you have the opportunity to be involved in a technical official pre-race briefing or visit one of their daily meetings, you instantly feel the team spirit of comradery and understand their purpose. Many technical official team are volunteers, who invest their time to stay involved in triathlon and perhaps also give back to the sport that they also once participated in.

On Saturday, 29th February the coastal city of Devonport, Australia, set the scene to stage the opening event of the 2020 World Paratriathlon Series. A team of 23 highly experienced and passionate technical officials lined up and represented the World Paratriathlon Technical Team, with the ultimate objectives being safety and fairness in sport.

Hear from Lyndell Murray from Australia and New Zealanders Claire Hannan and Ross Capill on how they got involved in triathlon, highlights of being an official and a way of life that they love being involved in.

Becoming an official
I was a triathlete and I was injured for a season and my coach had mentioned that being a technical official was a thing and I needed to do a course and I could volunteer at events. Because I was injured I was going to the event with my then boyfriend and now husband to spectate and at one point I helped out as a volunteer and thought that maybe I should do that course and become a technical official and help the sport out for a season. That was fifteen years ago. I enjoyed it and I was mentored quickly. People in the program saw that I had potential and kept giving me opportunities, that’s how I got involved.
Being a technical official has given me a lot actually, it’s given me a lot more than I ever imagined. Friendships that I will have for life. A different way of life. Triathletes talk about triathlon being a way of life and it is for us officials too. We have a really nice bond between the technical officials, the friends that I have made are very special to us. When you do a particular challenging event as technical officials together it really does bond you. You become very resourceful and adaptable. I could probably manage an emergency room because I am really good at triage now from figuring out what’s the most important thing for me to do on the field of play. It’s given me a lot of transferrable skills to everyday life.

A highlight
I can give you an experience from this weekend actually, something that was really nice. When we register paratriathletes we write the wave that they are starting with on their hand. With one of the vision impaired athletes I wrote their wave number on their hand and he said to me, you’ve just written a 2. It just really highlighted to me how people who have disabilities develop different senses. If you wrote a 2 on my hand, I probably wouldn’t know. I said to him, your sensory skills are really high. It was just a really lovely moment between me as an official and him as an athlete.

How incredible was it to be part of the technical team that delivered the 2020 World Paratriathlon Series opener?
Really fantastic. This event has grown from strength to strength over the years. To see it become a World Paratriathlon Series event is just fantastic for Australia as well as for Devonport. The event itself ran smoothly. There’s a great LOC here, we had a fantastic technical team here and a lot of skill on the team.

Getting into the sport
I got into triathlon by my sister, who decided that we were going to do a triathlon because we were always very good at swimming and we lived out in the country and we used to do a lot of biking to get to school, I wasn’t very good at running. So I did a women’s race and then got hooked and did several races, joined the local club and then I found that you could become a technical official. So I signed up to do that and fifteen years later I am going to the Olympics.

Purpose, it is giving back to my sport and it’s being part of a team.

How was the WPS event in Devonport?
We had 23 officials, 2 from New Zealand and the remainder from Australia. It’s an Oceania event and the first time we’ve had the World Paratriathlon Series race here. Fantastic conditions, beautiful course and the team here was the best team I have ever worked with at an Australian event.

What is the objective of a technical official?
At our race what we are trying to ensure is a safe race for the athletes and the officials and also fairness. Those are the two things that we are aiming to achieve. So if we can get through an event where everybody is being safe and they’ve all had the same opportunity to do their very best as an athlete, it’s successful for us.

Involvement in the sport
In 1994 Ross was President of the Wellington Triathlon Club, from there he became a Race Director for the local organising committee and onto a Technical Official. The rest is history and the experiences have been amazing.
The journey to becoming a technical official
In the mid-1990’s, domestically. More seriously in 2007.

What was it like to be involved in the opening event of the 2020 World Paratriathlon Series in Australia?
I always look at an event and say the objective for us is that we provide the environment for the athletes to go about their business and you look back at the end of the day and say, the people who performed well and got on the podium were the people who put the performance out on the day. It had nothing to do with the setup of the race or the officiating. The officials did their job basically.

What does 2020 have in store for you as a technical official?
It is a big year. The main reason I came to Devonport this year personally is that I am the head referee for the 2020 Paralympic Games for Paratriathlon and I thought I better get some oractive. I have the Paralympics and before that I have Yokohama and immediately after that I have the ITU Multiport World Championships.

A highlight for you?
2018 ITU Grand Final on the Gold Coast. I had the opportunity to be the technical delegate and 2009 on the Gold Coast was the first World Championships that I had been to as a technical official so 10 years later to be back in the same venue only this time as the technical delegate was just an amazing experience and we had a successful event and just being able to reflect on being part of the leadership team for that is very satisfying.
Thank you to our team of World Triathlon Technical Officials, events happen and fairness is made possible because of you.

ITU has a number of sport development educational programs in place that are designed to facilitate all levels from grassroots to Olympic Games level. Learn more about becoming a technical official.