In the firing heat of the southern Mexican state of Oaxaca, Canada’s Tyler Mislawchuk and USA’s Summer Rappaport executed perfect race setups, to be rewarded with the World Cup gold medals.

The elite athletes tested their race best over a sprint-distance course, which featured a 750-metre swim, 20-kilometre bike and 5-kilometre run course. The course was lined with Mexican support which was a showing of their passion for the sport and loyalty to their home heroes of triathlon.

65 elite men lined up along Santa Cruz Bay to compete in the 2019 Huatulco World Cup. The field was stacked with experienced men, looking to earn valuable Olympic qualification points.

Canada’s Tyler Mislawchuk was the race favourite as he led the field of men onto the blue carpet for the start of the race. Mislawchuk claimed his first World Cup win in Mooloolaba in March and was looking to make an impact again on the race in Mexico. The talented Canadian triathlete had spent over a week in Huatulco, conditioning his body to the intensive Mexican heat and humidity.

Next onto the line was Mexico’s own Rodrigo Gonzalez and winner of the 2018 Huatulco ITU World Cup. The crowd of supporters were ecstatic as the Mexican triathlete stepped onto the start line to commence a race that means a lot to him, in front of fans, friends and family.

The elite men launched into motion as they started the 750-metre open water swim in Santa Cruz Bay, as Mexican onlookers cheered on the international field of triathletes.

USA’s Willam Huffman and Alex Wilimovsky, Japan’s Shogo Ishitsuka and Mislawchuk were the first of the men to exit the water. The likes of Irving Perez and Crisanto Grajales from Mexico were among the top-15 men to enter the first transition, on the hunt for a strong performance in front of a Mexican crowd.

It was Mislawchuk, wearing number one, who produced a slick transition and was the first of the men onto the bike, closely followed by Japan’s Jumpei Furuya, Huffman, Wilimovsky and Bob Haller from Luxembourg, out onto the 4-lapped bike course in Huatulco.

Defending champion Gonzalez had work to do as he left transition 25-seconds behind from the leaders. The Mexican quickly made up for lost time and established his placement in the top five out on the bike course.

The elite men formed a massive group, which featured all the top contenders, as they rode through the streets of Huatulco, lined with spectator support. The question remained as to who would be brave enough to break away and have confidence in their running ability in the firing Mexican heat.

On the final bike lap it was Furuya who broke away from the enormous group of elite men working together, looking over his shoulder to see who would be bold enough to join him.

Edson Gomez, Mislawchuk and Furuya were the first off their bikes and to put on their running shoes for what was determined to be a blistering running race.

A few seconds behind was Michael Lori from Canada, Manoel Messias from Brazil, Canada’s Matthew Sharpe, ITU’s Felix Duchampt and 2018 champion Gonzalez. USA’s Morgan Pearson was among the elite men in the mix of contention. The pace had been set and the battle for the remaining podium spots had begun.

It was Canada’s Mislawchuk who lay it down and opened up an 11-seconds gap on the rest of the field. Mislawchuk was in power mode and there was no stopping him. The Canadian was striking through the streets of Huatulco across the 5km course and in a powerful display, crossed the finish line to claim the 2019 Huatulco ITU World Cup title, the second World Cup win of his career.
“You can see by how I look it was hot. I ran my own race right from the start and it seemed to work. This is perfect for the Tokyo test event coming up as it will be a similar temperature. I am happy to win.”
It’s nice to find the legs again. I never thought I would win one World Cup let alone two, I am over the moon,” said Mislawchuk.

In the final stages of the run, the chase group showcased incredible strength in the heat of the day and in a rage to the finish line it was Pearson who had what it took to earn the silver medal.
“I just really relaxed on the run and worried about my own race. I embraced the experience here and had a lot of fun,” said Pearson.

Messias from Brazil claimed the bronze medal in an impressive race display.
“I am very happy to be here. I have been training a lot for this race. I knew it would be decided on the run and I am really happy with my running. I will now keep training for my goals,” said Messias. 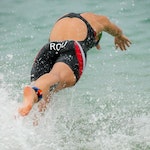 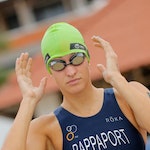 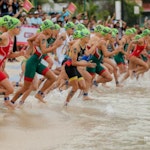 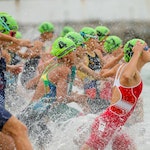 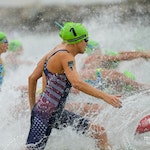 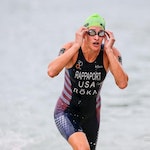 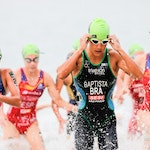 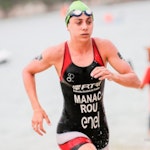 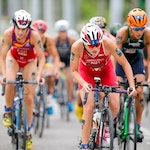 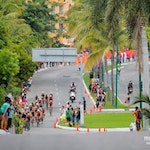 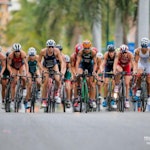 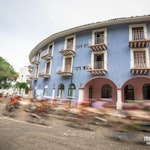