Under 23 races ready to rip in London 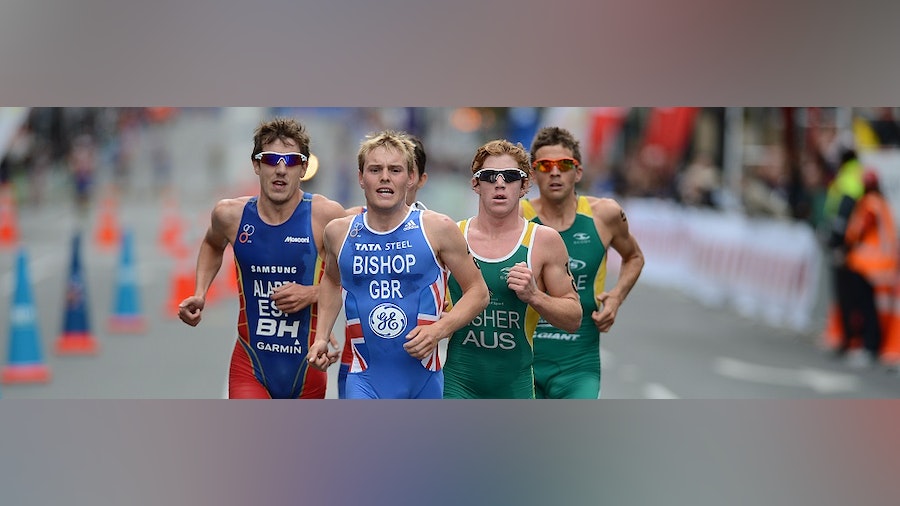 The Under23 men’s and women’s races are laced with the superstars of tomorrow. The races play an important stepping stone in the jump from junior racing to elites, as past medallists of the U23 events are going on to blast the elite rankings. Look no further than former U23 champions Alistair Brownlee, Non Stanford and Mario Mola for evidence. Take a look at this preview of who could follow in their footsteps at the 2013 PruHealth World Triathlon Grand Final London. This year’s women’s U23 start list simmers with talent that will enjoy the help of their teammates on the two-lap swim, eight-lap bike, three-lap Olympic distance course. Amongst the athletes expected to feature for Great Britain are Lucy Hall and Lois Rosindale. In addition to Hall’s skills on the swim and bike, she has the added advantage of having competed on this course on the world’s biggest sporting stage at the London Olympics. Hall will also have the help of Rosindale, who won the European Championships in Holten with solid performances on the bike and run.

While the Brits have a home advantage in Hyde Park, they’ll be hard pressed against Aussies Charlotte McShane and Natalie Van Coevorden. McShane has been a consistent force at ITU races, this year breaking into the Top 10 at two WTS races, while Van Coevorden has steadily improved her performances on the ITU circuits.

Canada joins the Commonwealth countries with a few of its own ladies ready to lead. Ellen Pennock’s performance at the Edmonton World Cup this year suggests she is in form and could be an underestimated competitor in London. Fellow Canadian Joanna Brown, who collected bronze in last year’s U23 World Championships, returns on point after several top 5 finishes in races this year. While her race experience is more limited, Amelie Kretz surprised in Edmonton with a monster run to win her first World Cup title. Men’s Preview
Unlike the women, the top gents will get a little less help from their countrymen, but it does return a strong field. The 2012 silver and bronze medallists Fernando Alarza (ESP) and Thomas Bishop (GBR) will again toe the line this year. While Bishop took bronze in Auckland, he has raced just once this year and it was to a disappointing 22nd place finish at the European Championships in Holten.

Meanwhile, at the same ETU Championships, Florin Salvisberg (SUI), Jelle Geens (BEL) and Vicente Hernandez (ESP) medalled with the three fastest run splits. While further down on the start list at the Grand Final, all three men will compete and challenge in London. Similar to Bishop, Alaraza also rides under the radar having competed in just a pair of European Cups and one WTS event, in which he placed 11th. However, his finish in the elite race in San Diego suggests he could be the wild card that mixes up the medals this year.

France’s Pierre Le Corre is the top ranked competitor heading into the race after several strong performances in WTS events this year. After a fourth-place finish at World Championships in 2012, he no doubt has a higher finish in mind. Ryan Fisher carries Australia’s hopes of a medal after scoring fifth in the race last year.

The younger of the Bryukhankov brothers, Andrey Bryukhankov, is expected to feature after his strong season debut at WTS races this year. Like Bryukhankov, his Russian teammate Igor Polyanskiy will look to carry on his family’s decorated triathlon career with a World Championship podium. Both men will have the support of their big brothers from the sidelines to give them a unique advantage. As strong swimmers, look for the Russian pair to rise out of the water first.

Ben Kanute‘s (USA) improved bike skills and incredible sprint speed, which helped his teammates to a third place finish in the Mixed Relay World Championships in Hamburg, will be a threat if he gets away on the bike.

The women will continue a packed day of action after the Junior men’s and women’s races at 12:00pm, while the U23 men take off at 3:00pm local time. You will be able to follow the all races today live with us on Twitter @triathlonlive, and there will be a free finish line cam, live commentary and live results on www.triathlon.org.