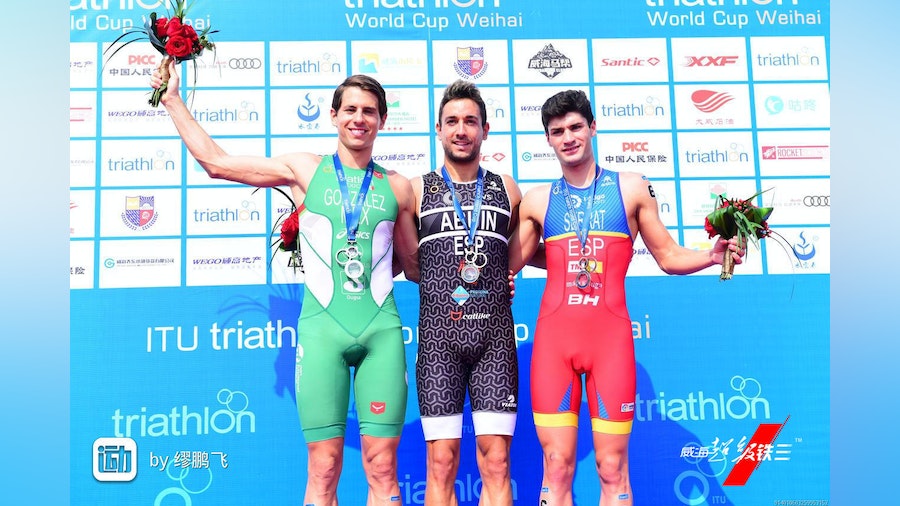 Spaniard Uxio Abuin Ares claimed his first victory of the season after a perfectly executed race in the 2017 ITU Weihai World Cup, which saw a Spanish-speaking podium sweep with Mexican Rodrigo Gonzalez finishing second and Spain’s Alberto Serrat Seoane third. On the women’s race, Swiss Jolanda Annen executed an almost perfect race, leading from the start till the end, claiming her second World Cup victory of the year. She was joined on the podium by Aussie Emma Jackson and Russian Anastasia Gorbunova.

Men’s Review
The elite men were the first to dive in the waters of the Halfmoon Bay in Weihai to see the really strong swimmers leading the group from the first strokes. South African Wian Sullwald was in fact first out of the calm waters, followed close by Igor Polyanskiy (RUS) and, for much delight of the local crowds, Zheng Xu. But a splendid transition from Abui, Serrat Seoane, Jumpei Furuya (JPN) and some of the other strong names on the field led to all favorites starting the bike leg altogether.

With four Japanese athletes in the leading group -Furuya, Shogo Ishitsuka, Makoto Odakura and Yuichi Hosoda- the group worked hard on the technical and hilly course to build up a growing difference with the chasing group. 44 seconds behind the ten-men leading pack, a big chasing group keep on working in relays to try to keep the leaders in sight, under one minute, to keep alive the race, and after the fourth lap, the difference started to decrease. By the end of the 40 kilometers on their bikes, the lead group had merged with the chasers, and all was to be decided in the 10-kilometer run.

It was then when the Spaniard showed that they were the best runners in the field, with Serrat Seoane quickly taking the lead followed right on his feels by Uxio Abuin and an astonishing Rodrigo Gonzalez, who was 24th with two laps remaining in the bike leg and right with the leaders some kilometers after. The three of them run together for half of the race, leaving behind some of the other big names in Wei as Felix Duchampt (FRA), Sullwand or Lukas Hollaus (LUX), who struggled to keep up with the strong rhythm imposed by the Spaniards.

A few meters before crossing the finish line, Abuin turned up to be the most experienced of the three athletes sprinting for the win, and a final push 200 meters before the finish tape allowed him to grab it first, stopping the clock on 01:56:15, and with the Mexican Gonzalez finishing second and Serrat Seoane third. Abuin proved in Weihai that he is one of the ones to be always considered when it comes to the end of the season, and even more so when we talk of races in Asia. The young Spaniard grabbed the third place last week in Huelva World Cup after a not so fruitful season but adds this title to the two World Cups he claimed at the end of last season: Tongyeong and Miyazaki. For his teammate Serrat Seoane, Weihai is the first World Cup podium.

For Gonzalez, training partner of Abuin during the last five years, his second place in Weihai means his return to the World Cup podiums. “This means a lot for me. It was a very hard and demanding bike course but I was able to perform just the way I had planned so I’m very happy with the results”, said after the race. 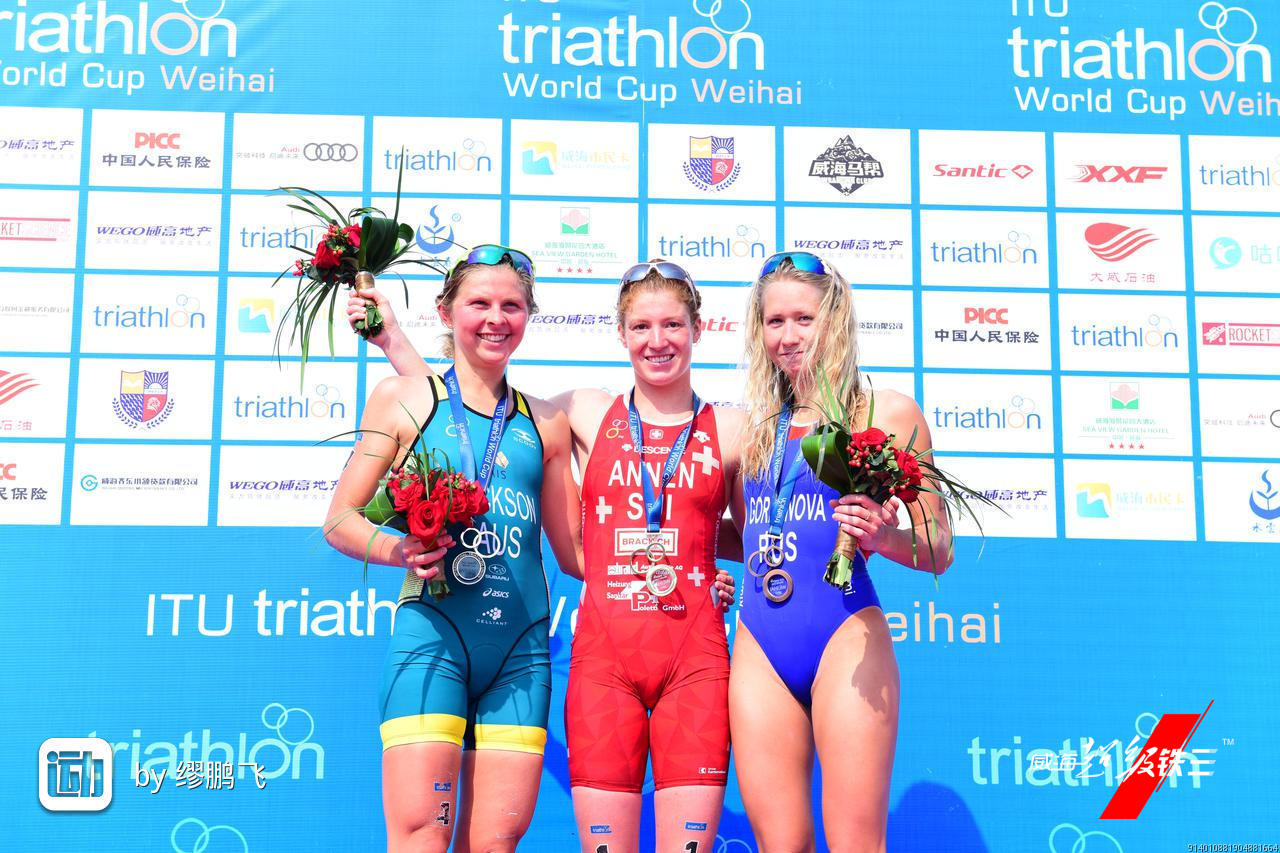 Swiss Jolanda Annen executed an almost perfect race to claim in Weihai her second World Cup victory of the year. She was among the first three out of the water after the 1500-meter swim in the Halfmoon Bay, only accompanied by four other great swimmers: Gorbunova, Zsanett Bragmayer (HUN), Emma Jackson and France’s Cassandra Beaugrand. Gorbunova, a Junior Aquathlon World Champion, imposed in fact a frantic rhythm on the swim, enough to grant the five women a small lead to start the bike segment.

With the five of them working from minute one to build up a great difference with the chasers, Beaugrand was not able to keep up with the pace, and lost almost 20 seconds on the second lap, more than one minute in the third and was dragged by the huge chase group the following one. By then, the four leaders rode really strong up the hills of the coastal city of Weihai, with the chasers more than two minutes behind.

All the efforts of those chasers, led by Lisa Perterer (AUT) and Felicity Sheedy-Ryan (AUS) were in vain. They arrived in the second transition more than two minutes behind the four leaders, a distance that seemed impossible to catch on a 10-kilometer run.

Annen didn’t want to take any risks, and took the lead since the first meters of the run, opening a gap with Jackson and Gorbunova that kept increasing lap after lap. The Swiss, 5th in two WTS races this season -Hamburg and Edmonton- and winner in the Cagliari World Cup showed her class leaving all her contendents behind and ended up crossing the finish line all by herself, with 50 seconds lead in front of Jackson. For the Aussie, winner this year in Mooloolaba World Cup, her second place in Weihai means a giant step on her road to the Gold Coast Commonwealth Games, while for the third women on the podium, Anastasia Gorbunoba, this means her first ever World Cup podium. 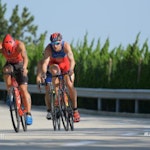 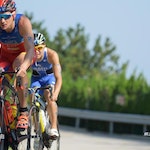 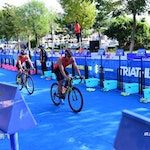 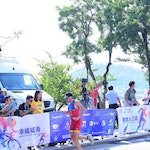 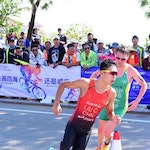 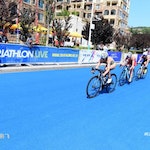 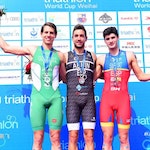 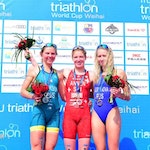 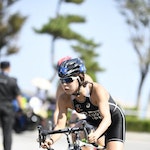 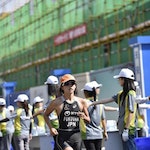 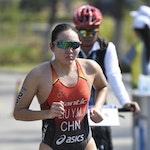 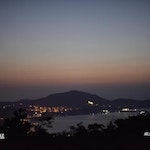