Slovakia’s Richard Varga and Hungary’s Margit Vanek took home top honours at the 2010 ITU Aquathlon World Championship in Budapest, each using a strong swim leg to pull away from the field. The fast and furious event, which consisted of a 1,000-meter swim followed by a 2.5-km run, was the first race of this year’s Dextro Energy Triathlon ITU World Championship Grand Final. This Saturday and Sunday, ITU World Champions will also be crowned in the Age Group, Junior, U23, Paratriathlon and Elite categories.

In the men’s Elite Aquathlon, Varga was the only man to finish the swim in under 12 minutes, doing so in 11:26. Great Britain’s Daniel Halksworth exited the chilly swim in the Danube River 35 seconds later, with a small group of men right on his heels. By the time the rest of the field got onto the run course, Varga was too far up the road and he strode the easy win in 20:27. Halksworth hung on for second, finishing in 20:48. Hungary’s Attila Fecskovics delighted the crowd by finishing third, using the day’s second-best run to finish in 20:57.

The excitement for the Hungarian fans continued in the women’s contest, with Hungary pulling off the one-two punch. Italy’s Gaia Person took the early lead out of the swim, finishing in 12:46, but Vanek was only four seconds behind. The pair headed out onto the run neck-and-neck, but it wasn’t long before Vanek pulled away. Vanek broke the tape with a run split of 8:36, as teammate Szandra Szalay pulled up to second at the finish, coming in 40 seconds later. Peron held on for third, finishing just five seconds back of Szalay.

In the men’s U23 competition, Great Britain’s Phil Wolfe pulled out the win, finishing in an impressive time of 20:51. Wolfe’s time was faster than all but two of the Elite men. The Junior titles were won by Italy’s Elena Maria Petini and Ireland’s Benjamin Shaw.

The Dextro Energy Triathlon ITU World Championship Budapest Grand Final will culminate with the Elite races this weekend. The Elite men will race at 1pm local time on Saturday, with the Elite women to follow at 2pm on Sunday. Live coverage of both races will be available on triathlon.org/live 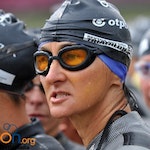 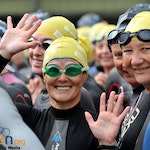 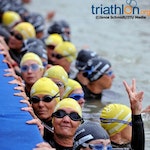 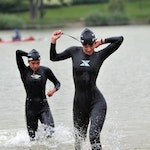 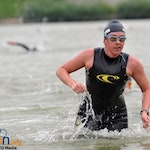 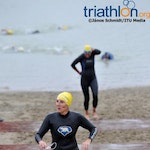 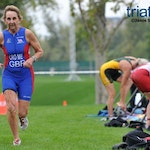 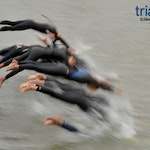 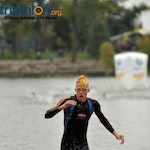 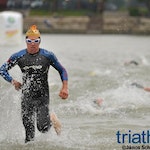 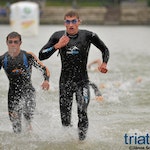 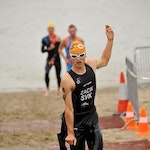