The Kiwi posted the fastest first run split over 2.5km, however then swam too far as she missed the turnaround buoy during the 1000m, adding a further 100m to her efforts. Her mistake allowed Australian veteran Maxine Seear into the lead, however the Aussie was helpless to hold off the charging Warriner over the second 2.5km run, as the New Zealander ran her way to victory. Seear was strong enough to hold on to second with Lisa Mensink from the Netherlands in third.

Warriners ITU Aquathlon World Championship victory was a welcome return to action for the 2008 World Series winner following an injury-stricken year which included being stung by a stingray and a nasty bike crash.

Lisa [Mensink] and I went to the wrong buoy during the swim, but thats racing. Then once I got out it was all about having one last hard key session before the weekends triathlon world championships on Sunday, said Warriner.

Its all about having fun now and seeing how I go, for me its all about 2010 following my injuries. Im committed to the Olympics so this is about saying thank you to Triathlon New Zealand for supporting me through this tough year.
Samantha Warriner

The mens race saw victory for Antonio Mansur, a gold medal to add to his two previous silver medals from 2008 and 2007. The Brazilian admitted that the 2009 ITU Aquathlon World Championships would be his last race in international race kit.

Two silver medals and now a gold in my last competition. Im too old now, Ive gone to forty and I feel its ok for me to retire, the young ones can have a go now, he said.

Manssur ran strongly over the opening 2.5km to place second before dropping back in the swim. On exiting the water he chased down his rivals, surging clear with 500m to go on the second to cross the line ahead of compatriot Wesley Matos and Adam Carlton from Australia.

Alexandre Dallenbach from Switzerland and Australias Ellie Salthouse were crowned junior world champions with Andrea Secchiero from Italy the under 23 mens champion. 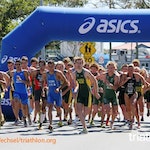 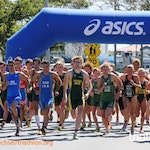 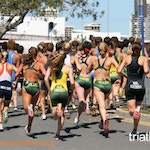 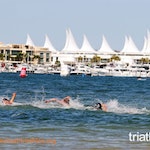 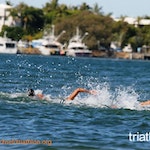 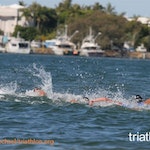 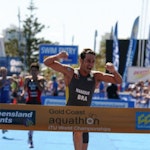 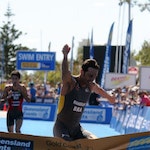 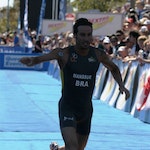 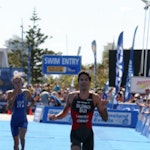 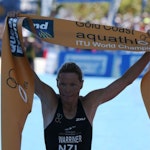