What we learned in Cape Town 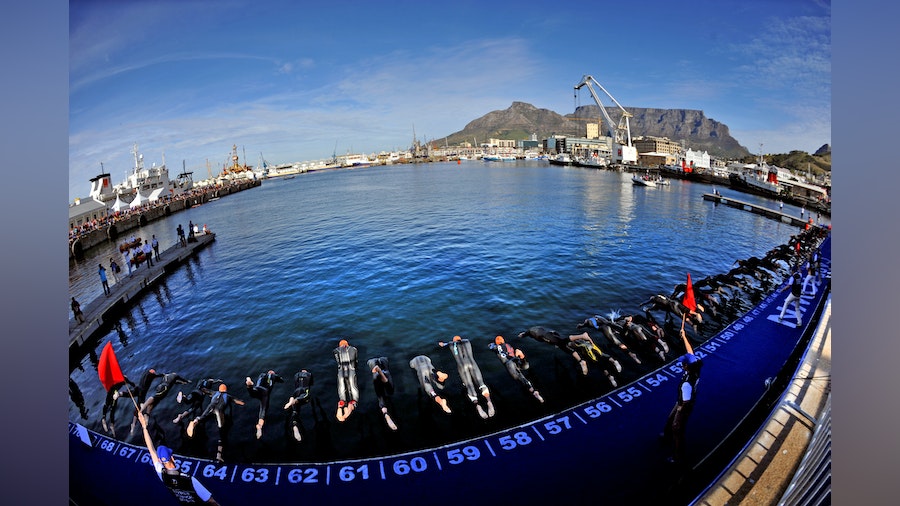 We’ve just wrapped up the second World Triathlon Series race of the 2014 season with some seriously astonishing racing. With two events in the books, some kinks have been worked out and the foundations to become the World Champion have been laid. Here’s our recap of things we learned in Cape Town.

Gwen Jorgensen can run
Ok, so we knew this before, but her run splits in Cape Town just put the icing on the cake. After falling off the first pack early in the bike, Jorgensen dropped to the chase group, which suffered a two-minute deficit out of T2. But that was no problem for the American. She ran herself past 10 of the twelve women from the lead bike group for third place with the fastest run split by 1 minute, 24 seconds. Smokin!

Mario Mola can run, too
In much the same scenario, Mola missed the leaders out of the water and was regulated to the chase pack on the bike. While his gap was set at just about a minute when he got off the bike, he had major ground to make up with the likes of Javier Gomez and Jonathan Brownlee up front. But Mola did just that, running himself into fourth place with a 29:58 split. Mola and Jorgensen must have been inspired by Africa’s favourite cat.

Javier Gomez is fit
Yea, we know, that’s stating the obvious. But never before has he come out of the starting blocks quite so strongly this early in the season. He’s now two from two in what looks to be a campaign to become just the second man ever to win four World Championship titles. There’s still six more races to go, but the way the Spaniard looks, we’re not sure if he can be touched this year.

Jodie Stimpson finds her stride
After a coaching change last year, Jodie Stimpson began to show signs of brilliance with a stunning win up the World’s Toughest Triathlon in Kitzbuehel and medalling in three WTS events to finish as the overall runner-up. This year she’s proving that was no fluke year with two from two WTS wins. The Brit is looking fierce and competing the same way.

Alistair Middlemist is really good at TRIFECTA
We don’t know if it’s in the name, good luck or seriously good insight into the sport, but Alistair Middlemist remains at the top of the TRIFECTA podium for the second straight Series event. Think you can take him down? Get your picks in for Yokohama now!

How did you do in fantasy #triathlon last weekend? Here's the leaderboard after round 2. http://t.co/TMc49X5ATG pic.twitter.com/vJWgBZ6xIY

Helen Jenkins is back
Any doubts or question marks have officially been squashed. After missing last year to rehab an injury, Jenkins’ two podium finishes in Auckland and in Cape Town have solidified her return as a top female on the circuit. Not that we really ever thought differently, but her medals speak for themselves.

Polyanksiy is still a podium threat
After a year in which Dmitry Polyanskiy uncharacteristically missed the podium in every WTS race last season, the Russian finally made his way back to the medal stands with a smart tactical race. Using his strong swim skills, he motored away from monster runners like Richard Murray and Mola and held on to the back of Gomez and Jonathan Brownlee as long as he could to grab bronze.

Cape Town rocks
It’s official. We have a big time crush on Cape Town. From stunning views of mountains that dip into the sea to days saddled with blue skies, this outdoor haven has a little bit for everyone. The more than 2,000 age groupers that turned out for the inaugural event seemed pretty pumped about it too. Be sure to keep an eye out for this race in the future because it is not one to be missed.