The top winter triathletes from all over the world will join together in Zeltweg, Austria this weekend for the 2016 ITU Winter Triathlon World Championships. Battling for the chance to be the best to race on foot, bike and skies, Elites and U23 world titles are up for grabs over a 6km run, 12km mountain bike and 9.6km ski course, with junior athletes and paratriathletes set to compete over shortened distances of the same course. Russia marks the first two spots on the list this year, with Olga Parfinenko making out to be one of the front runners going into the weekend. On the circuit since 2013, Parfinenko took home the silver medal in the 2014 Winter Triathlon World Championships in Cogne. But winning two consecutive winter triathlon events in 2015, which includes the Quebec S3 World Cup and the Russian National Championships, she unmistakably will be ready to take home the gold in Zeltweg. She also has one victory under her belt this season as she won the 2016 Otepää ETU Winter Triathlon European Championships just last month.

Parfinenko’s compatriot Yulia Surikova could potentially create a face off after taking the silver medal to Parfinenko’s gold in the European Championships. This race could be her chance to get the win.

Finishing off the European Championship podium is the addition of Austria’s Romana Slavinec, who captured the bronze in Otepää. While also holding the reigning Austrian Winter Triathlon National title, Slavinec could be the one to claim the gold for the host country. The second Austrian competing is Nathalie Alexander and although she has the least amount of racing experience of her counterparts, anyone is a threat, especially when it comes to racing in your home nation.

The last women stepping up to stake claims on the cold-weather multisport title is Monika Koncz (ROU). She is the reigning winter triathlon National Champion for Romania and will be looking to add the title of World Champion to her collection.

Men’s Preview
Russia edges out the first four spots on the men’s start list with reigning champion Pavel Andreev predicted to be the man to chase down as he returns to defend his world title for the fifth consecutive time. One of the more experienced veterans on the field, Andreev is also coming off a strong win at the Otepää Winter Triathlon ETU European Championships, so look out for him to gun it on a drive for five. A strong name to look out for is Italian Daniel Antonioli, who finished second in during the 2014 World Championships in Cogne, but nearly took the title away after forcing Andreev into a sprint to the finish line.

Dmitriy Bregeda (RUS) will join his teammate as a top winter warrior to watch this weekend. Bregeda has worked his way through the years to be a major factor on the winter tri scene. He finished right behind Andreev in the 2015 Russian National Championships, so could have a huge impact this weekend in the overall positions. Russia’s final competitors Pavel Yakimov and Evgeny Kirillov are also big players and could put Russia in a good position to sweep the podium.

With Austria as the host, they serve up the most talent on the start list with seven men, including Gernot Grillmaier, the Austrian National Champion.

The weekend will also see age group athletes race in the hunt for Winter Triathlon World Championship titles, as well as the elites compete in Mixed Relay. 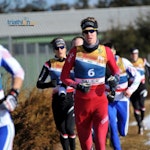 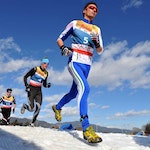 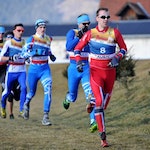 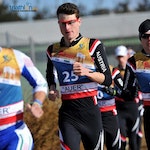 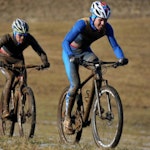 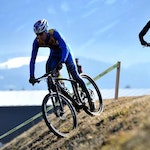 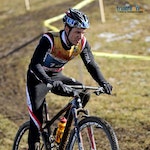 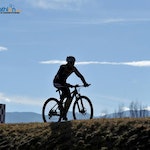 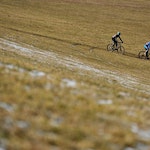 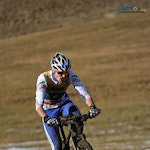 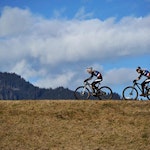 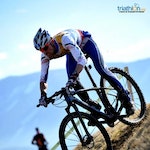