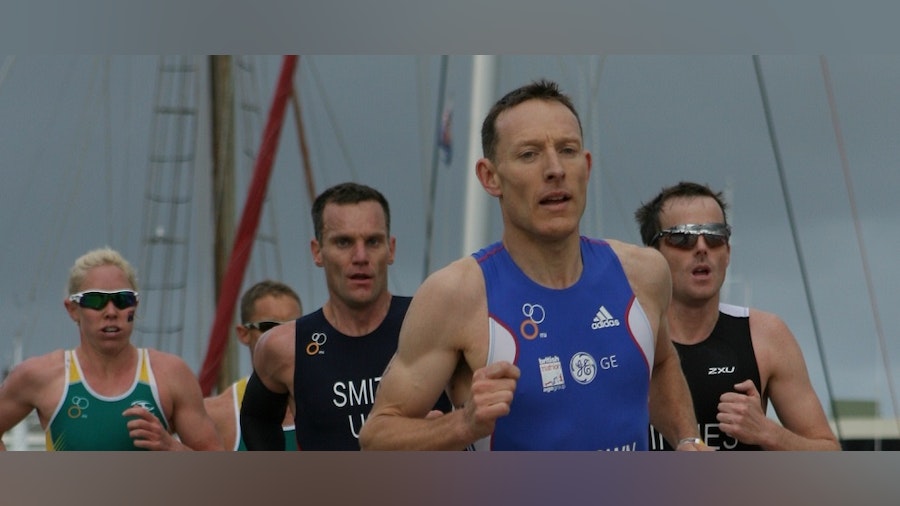 British age group world champion Steve McKeown feels the need, the need for speed. Having started the sport in just 2009, McKeown claimed the men’s 45-49 title on home soil in London last year. With the New Plymouth sprint World Cup coming up this Sunday, check out McKeown’s training advice and how he became a World Champion in the sprint distance.

Favourite Swim:
503 - We coined a great session the ‘50 Cubed Monsta Set’. It consists of 50 lots of 50m going every 50sec. It helps us with correct pacing, particularly at the beginning. A couple of seconds too quick in the first few and you have a lot of reps still to do carrying a tired body. We also find this a good mental toughness test and very often have to support and convince the faster swimmers that they can last the set. Every swim set that I do is followed by a large bowl of hot porridge containing nut mix, buttermilk, raisins and linseeds prepared the previous evening.

Favourite Run:
I follow sessions set by North Herts Road Runners, but my absolute favourite run after the weeks 5K pace sets (8x2min) or (6x3min) is a Friday lunchtime 30min ‘feeling free‘ recovery run in the pouring rain and being close to the elements. If you get the attire right, this can be a beautiful and refreshing experience. The lower pace means I can also think about good form. For me this means running tall, relaxed and driving from the hip flexors.

How did you get involved in triathlon? 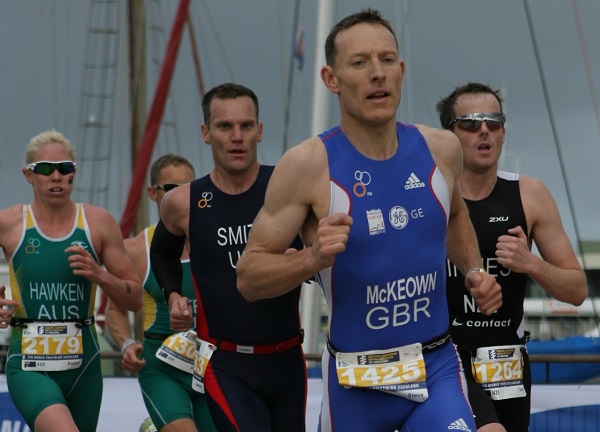 I never intended to take up triathlon and it certainly wasn’t a life ambition to become a world champion. I somewhat stumbled into triathlon in 2009 following a history of participating in many sports. I generally considered that I had to work hard and smart to become half decent at the things I tried. After swimming competitively at school, I concentrated mainly on rugby until I was 25 (during which I weirdly won three senior international caps for Luxembourg). I was lucky enough to be exposed to a huge number of sports in addition to rugby whilst studying at Loughborough and Nottingham. After graduating, my main passion turned to competitive squash which I played for 10 years or so, not skillfully I might add - I just kept going.

I overlapped this with joining a running club, North Herts Road Runners, since I thought that if I am going to drive and support my wife, Astrid, to cross countries races, I may as well join in. But I also loved the idea of a fresh morning cycle whilst Astrid was slogging out her long Sunday runs and so for my 40th birthday, my friends clubbed together so I could buy my dream carbon frame road bike. Some friends, who had already started multisport events, thought that I had the basis of at least a good attempt at triathlon even though I wasn’t exceptional at any of the disciplines.

It was whilst watching my wife swim to recover from an injury, with the smell bringing back fond school memories, that I decided to do my first triathlon and entered a pool based sprint race in Bedford in 2009. Unfortunately, I soon remembered that I was never any good at the long distance swim events and any muscle memory that remained was that of a burly sprinter. Trying to build on the Bedford sprint meant I could do all three sports together, enter my new hobby. I recently joined Bedfordshire Road Cycling Club in an effort to improve my cycling skills and allow me to race in time trialling events.

With all my other sports I have always been extremely analytical in my approach, assessing weaknesses, researching and trying to understand how to correct shortcomings, practising meticulously and improving the mental aspects. I think that a reason why I enjoy triathlon is partly due to its many disciplines to analyse and optimise.

How often you train?
I try to think of ‘training’ as incorporating both exercise and recovery. For example a recovery day could be 3 x 30min easy of each swim, bike, run spread throughout a day. So training three times a day sounds hard, but it is part of the overall plan. I would generally target specific key sessions: two swims, two bike and two runs per week. I might have 12-18hrs of approximately 12 sessions per week depending on the period, but the important thing is they’re not all hard. Incorporated in this will also be some core sessions. However, this winter I have incorporated a newer tough strength and conditioning programme with Rob Hill (Hertfordshire Sports Clinics), who identified a gap in my training and an opportunity to build on what I have achieved so far.

What is the best training advice you’ve ever received:
Understand your own body, its ‘hot spots’ (areas prone to tightness/injury) and limiters and keep it well maintained.

What motivates you to race?
My motivation comes from trying to achieve my absolute best with what I have, not necessarily from being the best, although in triathlon these have fortunately evolved to be within distance of each other. In all the things I have done in my life I have found that some people around me have drawn inspiration from my achievements no matter how big or small, which itself is a motivator for me. In my first season, I somehow qualified for the European Sprint Tri in Athlone in 2010, where I managed silver, just a few secs behind Alan Harris, the ‘new European Champion’. That experience of being in touching distance of gold left me with the next year’s clear goal. In achieving it in Pontevedra in 2011, I ended up ahead of the World Champion, Pedro Martin Reig. Winning a world title then became a realistic target and dream.