World Cup circuit returns to Tiszy for the 21th year 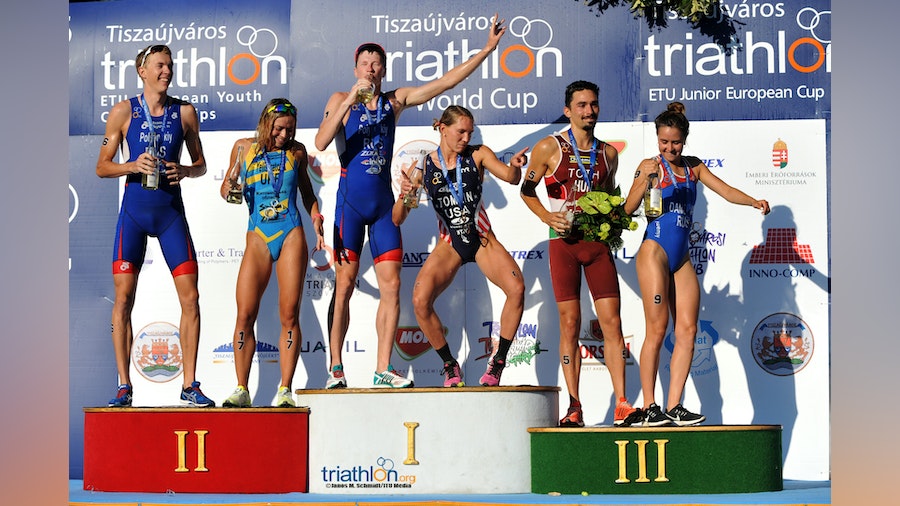 ITU World Cup season continues this weekend with the seventh stop of the fifteen-part World Cup calendar arriving to the iconic Hungarian town of Tiszaujvaros. Over the past 21 years, the epic festival atmosphere in Tiszy has become a beloved stop on the World Cup circuit amongst athletes and spectators alike.

Tiszy, a small town located in the north of Hungary, is one of the longest running World Cups in ITU history. Part of a week-long party, the race is a favorite for many top athletes for the cheering crowds, the sunny weather and the thrilling, fast and furious format of semi-finals and finals.

On Saturday, 77 men and 53 women will take to the streets of Tiszy for a sprint race that will comprise of 30 of the best men and women in order to gain a place in Sunday’s final.

Athletes will have to complete three laps around the warm and sunny lake of Tiszy for a 750m swim, followed by two laps of 10km each on their bikes, on a flat circuit, to finish with a 5km run in the city center, to much delight of the local crowds.

Men’s Preview
The first semi-final will be less crowded, with 25 triathletes lining up on the pontoon for the swim start, and some really strong names in the series. Last year’s winner, Dmitry Polyanskyi, will have bib number one, and he will have some very strong athletes chasing him, including local heroes Tamas Tóth -third in Tiszy last year, and Bence Bicsák. Some other names in the first semi-final include Stefan Zacheus, who has been racing in Tiszy for the past few years with solid results, and one of the British rising stars in Sprint distance, Douglas Roberts.

Some of the usual names on the WTS start lists will appear in the second semi-final in Tiszy, such as Italians Alessandro Fabian and Massimo de Ponti and Canadian Matthew Sharpe. Along with them, some other contestants to make it to the final will be Luciano Taccone, or Manoel Messias.

The current U23 Aquathlon World Champion, Jonas Schomburg, now racing under the ITU flag, will be one of the ones to watch in the third semi-final this Saturday. Other strong names on this leg will be Australians Marcel Walkington and Kenji Nener, Canadian Charles Paquet or the kiwi Tayler Reid.

The first nine athletes to cross the finish line in each semi-final, plus the three best times, will make it to the final on Sunday.

Women’s preview
Winner of last year’s edition, American Renee Tomlin, will be for sure one of the clear favorites for this year’s race. Coming from some really strong performances this season and straight from WTS Hamburg, where she finished in 7th position, Tomlin will perform in front of quite a crowded semi-final, with 28 athletes, including Elena Danilova (RUS), Vanessa de la Torre (MEX) or Ilaria Zane (ITA).

On the second semi-final, another American will try her best to make it to the final in good shape: Erin Dolan. She will have some other big names chasing her, as Russian Anastasia Abrosimova or Estonian Kaidi Kivioja. Spaniards Anna Godoy Contreras and Ines Santiago, both coming from racing in WTS Hamburg, will also be candidates to show strong performances, as will the Italian and the Hungarian “army”, with three more triathletes vying for a spot in the final.

The first 14 women on each semi-final, and the two best times, will make it to the final on Sunday. 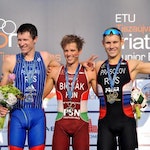 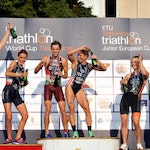 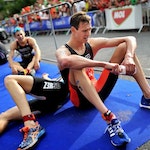 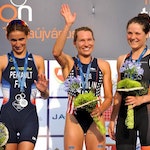 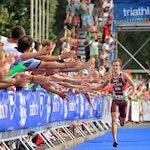 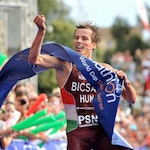 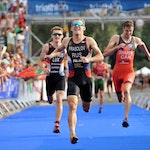 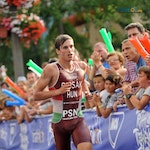 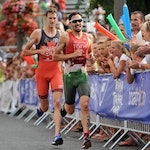 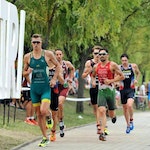 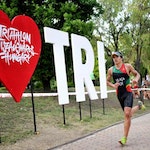 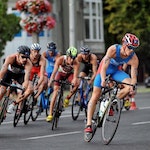