With just over a month until the Rio Paralympics qualification period opens, paratriathletes are ramping up their season as they hunt for points towards the World Championships in Chicago at World Paratriathlon Event London this Saturday. With four-time World Champ Bill Chaffey (AUS) back in the game after sustaining injuries due to a training accident last year, he’ll challenge Great Britain’s own Phil Hogg who took second in the World Championships last year. Geert Schipper (NED) returns as the defending champion at the London event, but with Hogg’s hometown advantage and Chaffey’s renewed form, the men’s PT1 is one race that will be hotly contested.

Having competed in paratriathlon since 2007, the USA’s Sarah Reinertsen is one of the most experienced athletes lining up Saturday. But it’s Saskia Van Den Ouden (NED) who shows most promise after a silver medal finish in Madrid earlier this month. Question marks surround young Liisa Lilja (FIN), but she is also expected to make an impact on the field.

Since starting his paratriathlon journey three years ago, Italy’s Michele Ferrarin has finished off the podium just once and has more one’s by his name than any other number. But Russia’s eager Vasily Egorov charged onto the scene last year and recently defeated Ferrarin at the Madrid World Paratriathlon Event by just seconds. For a nail-biting race, keep an eye on the men’s PT2.

The men’s PT4 race enjoys a deep and talented field with Canada’s Stefan Daniel making the trip over from Canada to lead the group. A strong swimmer and runner, Daniel took World Championship silver last season. He’ll face off with Spain’s Jairo Ruiz Lopez, who is recovering from a broken rib. Lopez just missed out on gold in London last year, as well as the World Championship podium. Great Britain’s own Lauren Steadman and Clare Cunningham will duke it out in the women’s PT4. Together with Faye Mcclelland, who won’t race this weekend, the ladies made up the World Championship podium last year. Steadman, who competed in Paralympics for swimming, has found her stride as the leading athlete in the sport class.

Spain’s Susana Rodriguez and Great Britain’s Melissa Reid are top picks in women’s PT5, as each athlete consistently performs in the top 3 at both World Paratriathlon Events and World Championship races. Joleen Hakker has come on strong as of late in B1, edging Reid recently in Madrid.

The paratriathlon races will be contested on Saturday, May 30 at 9:30pm. 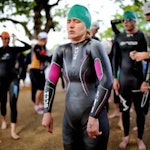 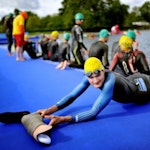 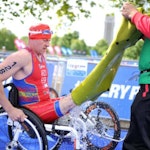 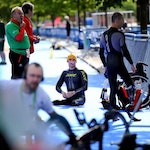 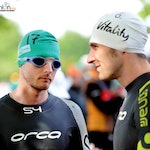 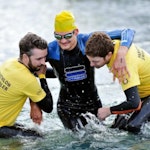 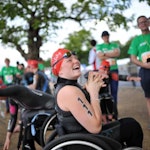 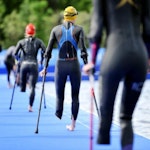 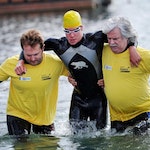 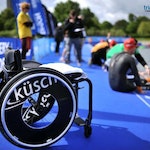 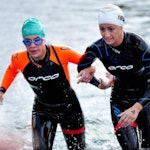 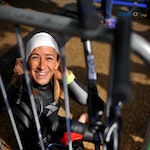