The final weekend of October was a feast of multisport racing in the west of Spain, as the world’s Aquathlon and Cross Triathlon Age-Group athletes descended on the El Anillo sport complex for the rearranged 2021 World Championships.

With the events moved from the planned Almere-Amsterdam Multisport Festival due to the impact of the pandemic, intrepid athletes from 17 countries made the journey to the Extremadura region.

Given the travel restrictions, hosts Spain inevitably dominated the start lists and in many categories the podiums, but there was still plenty of medal success for several nations to celebrate.

So it was Spanish athletes that filled much of the younger age-group start lists in the cross triathlon races, with Gabriel Mendoza Tello taking the 20-24 gold, but while compatriot Marta Munoz Diaz also won the 25-29 women’s title, it was GB’s Scott Anderson – the sole non-Spaniard in the field – who won the men’s race by over three minutes. Fellow Brit Claudia Wilesmith then repeated that feat in the 45-49 category.

At just 16 years old, the USA’s Leonardo Garcia-Moreno and Alexandra Beber were the youngest to take part in Saturday’s aquathlon racing.

Born in 1938, USA’s Luise Easton was the oldest athlete to race the weekend and left with the women’s 80-84 title, while the fellow American and another Age-Group legend, Robert Plant, defended his Aquathlon World title for the fourth time.

The full list of results from El Anillo – Extremadura can be found here. 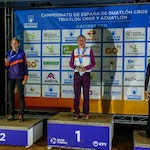 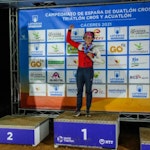 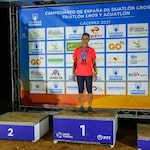 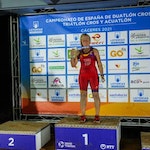 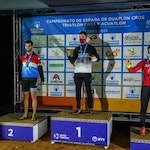 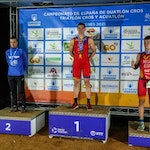 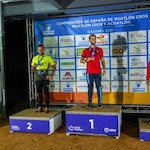 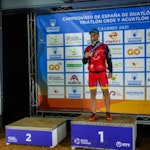 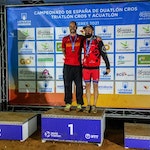 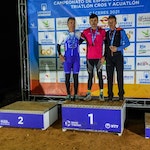 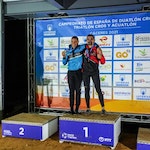