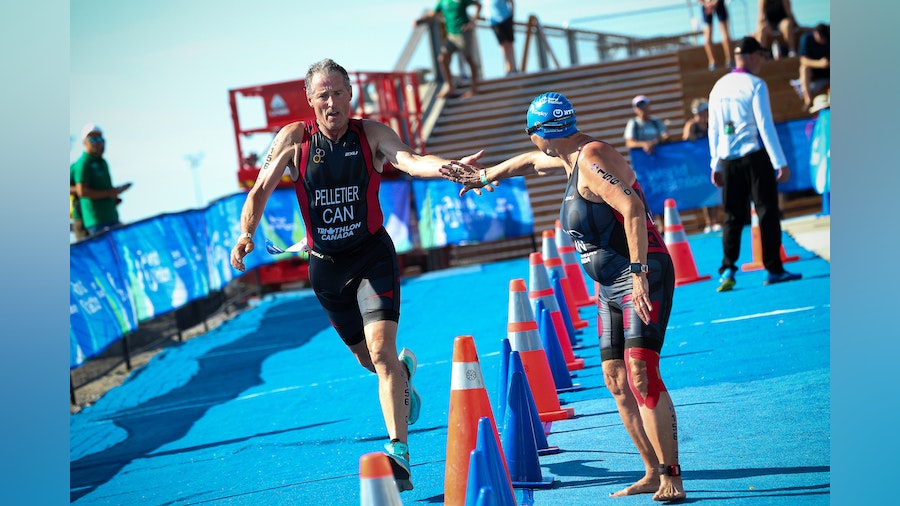 Age-Group racing for the world’s triathletes returned to the blue carpet in grand style and scale for the 2022 Sprint and – for the first time in history – Mixed Relay World Championships Montreal on 25-26 June.

Hot on the heels of the Multisport World Championships Targu Mures, Montreal had the first sprint-distance triathlon world titles on the line since all the way back at Lausanne 2019, and the anticipation was ramping up in the week up to the event.

The biggest delegations of athletes came from Mexico, USA, Great Britain, Australia and, of course, the hosts Canada, with over 22 countries in total represented across the two days.

Bad weather may have taken the opening ceremony indoors, but it didn’t dampen the spirits of the hundreds of athletes carrying their flags for the Parade of Nations through the waterside park. Then, early on Saturday morning, it was the 45+ men who got proceedings underway in the individual races, Mexico’s former elite star Arturo Garza Heiras destroying the field to finish a full three minutes ahead of second place and score the fastest time of the day from any of the age categories.

But there were plenty of memorable performances from athletes whether they crossed first or last. “I’ve been doing triathlon 15 years but this is my first at the World Championships, and it was a wonderful race,” said Linda Fequiere (CAN) after her 50-54 age category race. “It’s such an energetic atmosphere here. We are welcoming ten native Canadian youths here this week so I hope they can be inspired by the racing and take part in a training camp and then their first ever triathlons.”

USA’s Michelle Stratton was the fastest woman of the day, scoring gold and a first world championship title in the 30-34 category thanks in part to a rapid 18m38s time for the final 5km run on her blue carpet debut.

Michelle went on to win Mixed Relay gold in the 30-39 category with teammates Jason McCormack, Todd Buckingham and Petra Baksova, after another US quartet had become the first ever AG Mixed Relay Triathlon World Champions in the 50-59 category.

At just 15 years-old, Shantelle Tupaz was the youngest athlete to bring home the relay gold as the USA dominated the podiums, Mexico winning the 40-49 and 20-29 age-group relay world titles, Great Britain with the 60-69 group gold.

“We’ve absolutely loved it,” said Isabella Luckie Piccolo (MEX), part of the winning Mexico team. “We knew it was going to be good after we all podium’d yesterday. It was very nervous and tense on the start line, but it’s been an amazing week, from start to finish the atmosphere has had everyone cheering the whole time. Finishing with gold was the cherry on top.”

The full results from the weekend can be found here. 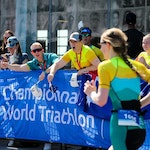 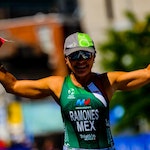 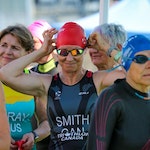 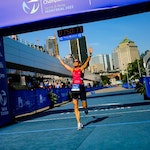 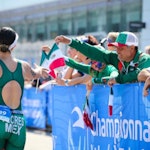 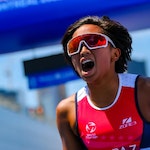 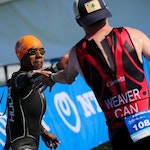 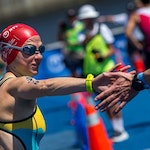 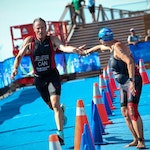 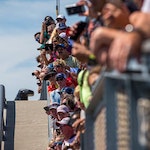 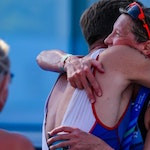 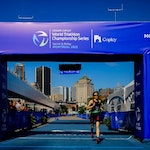