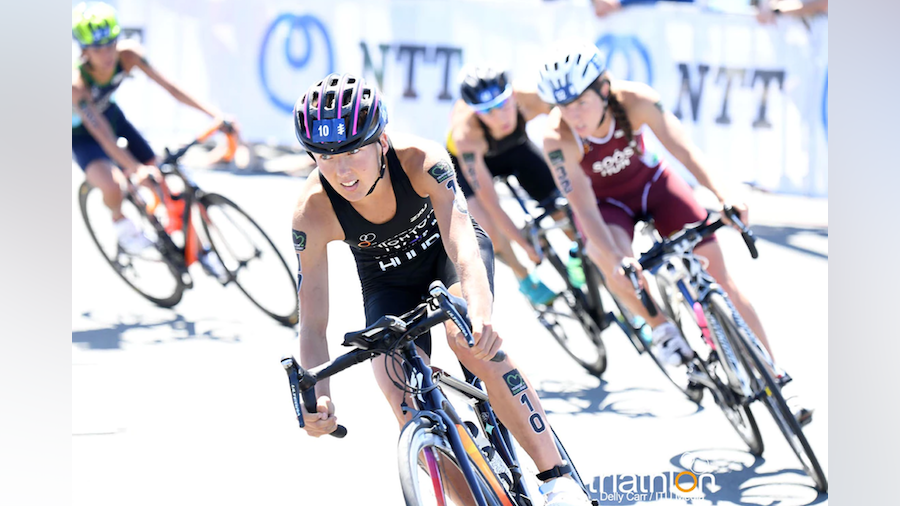 The men’s and women’s Junior World Championships get the 2019 Grand Final action underway on Friday morning, kick-starting the biggest event on the year’s triathlon calendar. The opening 750m swim will be followed by a 4-lap, 20km bike with a demanding climb and some long, fast straights, before rounding off with a two-lap run along the edge of Lake Geneva, where the grandstands will await the crowning of two new Junior World Champions.

Women’s preview
This will be a third consecutive ITU Grand Final for New Zealand’s Hannah Knighton, who finished 5th in Rotterdam and 11th on the Gold Coast last year. After taking the Kelowna Sprint Triathlon American Cup by storm in early July, she will be looking to bookend her Junior career in style in Switzerland.

Nor will there be any big-race fear from Hong Kong’s Bailee Brown, who has already amassed an incredible amount of experience, past races including the 2018 Asian Games, a handful of Elite World Cups and the World Triathlon Series Mixed Relays in Abu Dhabi and Edmonton. European Junior Champion Beatrice Mallozzi (ITA) and Portugal’s Gabriela Ribeiro, fresh from the Mixed Relay at the Tokyo Test Event, could also be among the European names challenging for the medals.

South Africa’s number one Junior Amber Schlebusch has had a busy year since winning the Youth Olympic title in Buenos Aires and will have designs on the gold here, while Erin Wallace (GBR) would love to go one better than her sparkling silver performance from 2018’s World Champs.

Ecuador’s Paula Vega finished 5th at the Youth Olympic Games last year and Junior Asian Champion Nanami Nakayama (JPN) will want to improve on her 13th place 12 months ago, while the 2018 Junior World Champion Cecilia Alavez (MEX) will be looking to defend the title she won in the Gold Coast sunshine 12 months ago after digging deep to deliver a superb run display over the closing stages.

Men’s preview
Brock Hoel will lead the Junior men out onto the start line, the Canadian revelation who finished with an excellent fifth at the CAMTRI Sprint American Cup behind compatriot Charles Paquet. Ricardo Batista (POR) put in a brilliant display to score a top-20 finish at the Tiszaujvaros World Cup in July, and will look to build on his 15th place finish on the Gold Coast.

New Zealand’s Dylan Mccullough led from the front to bag gold at the 2018 Youth Olympic Games after finishing 23rd in last year’s Grand Final. Frenchman Paul Georgenthum capped an excellent 2018 himself with World Championship individual silver and Mixed Relay gold in Australia, and after a European title success in Weert at the start of June, is likely to be among the contenders again here.

Wearing the Brazil colours will be Miguel Hidalgo, silver medallist at the Holten Junior European up, while Jamie Riddle goes out for South Africa after another solid year that included the Cagliari World Cup and a WTS Mixed Relay debut in Abu Dhabi.

Among the less established triathlon nations represented on the men’s start list will be Bahrain, with Omar Ali and Abdulrahman Mubarek, Singapore through Luke Chua and Uzbekistan through Aleksander Reshetnikov, while Chin Wa Wong represents Macau.