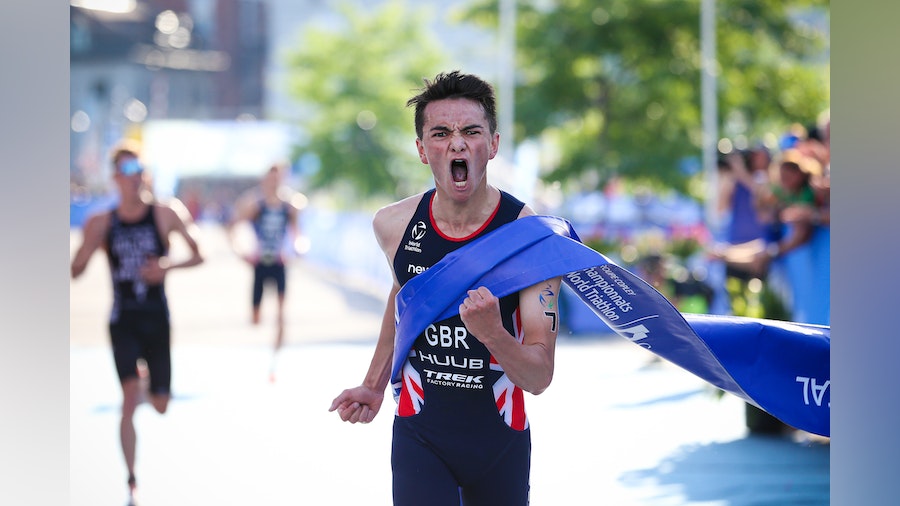 The qualifiers had been switched to duathlon because of heavy rain, the heat had been ramping up for two days, and the action never stopped for a rollercoaster of a men’s WTCS Montreal elimination event on Saturday afternoon as the crowds lined the Grand Quai for the final action of the day.

After two races had whittled the field down to a final 10 starters, it was to be Alex Yee who managed to peak at just the right time, pulling clear from Hayden Wilde as the blue carpet came into view to punch the tape, the New Zealander recovering from a chain mishap on the bike to take silver, Leo Bergere with another strong podium display in third.

“That one meant a lot,” admitted a fired up Yee. “After a crash you can lose a bit of belief and the last two weeks have been hard but I came in here more fired up than ever. That may have played against me the first few races but after the last race I only just made it through and I just wanted to strip it back and enjoy it. Another great race with some great guys, it means a lot. I found my flow at the end. I’d been struggling through the rounds and my run has almost been a weakness but that last 100m I felt amazing and the crowd roaring me on was amazing.”

—
The Japanese duo of Takumi Hojo and Kenji Nener were fastest through the water in the opening swim of race one, the now-familiar sights of Miguel Hidalgo (BRA) and Diego Moya (CHI) right there too and the crowd roaring on Tyler Mislawchuk as they came up the hill to transition.

Sadly for the Canadian, the exertions of Huatulco the previous weekend and an accident in the run-up to the race had taken a toll, and it was to be Charles Paquet who was able to hang tough and make the cut for race two in the 20th position, Jacob Birtwhistle just missing out in the race to the line along with the Huatulco World Cup winner Genis Grau.

Twenty men took the line for a tense race two, Hidalgo, Nener and Luis again leading the way out of the water, Wilde and Yee with some work to do 15 and 20 seconds back. The pace proved just too hot on the run for the likes of Richard Murray (NED) and Tayler Reid (NZL) as they missed out, Jawad Abdelmoula (MAR) looking in good rhythm on his first WTCS outing.

Having looked fresh on the bike along with teammate Manoel Messias, Miguel Hidalgo was also dropped from the ten over the final lap of the run and as the top nine reached the final comfortably, a huge sprint between Marten Van Riel and Brandon Copeland (AUS) saw the Belgian just edge tenth place and the route through to the final

—
The ultimate race saw Vincent Luis lining up with the air of a man who was ready to deliver something he had been holding in reserve and spearheading a trio of Frenchmen out of the water alongside Le Corre and Bergere.

Van Riel, Abdelmoula and Yee were together just behind, Geens and Messias giving chase on the long run to the bikes. Wilde and Geens used that to run right back into contention, Yee and Luis both with good transitions, Geens and Messias the two off the back trying to bridge up, Silva out of touch of them.

Bergere looked to put on the pace along with Van Riel but Geens and Messias had managed to bridge, the question remaining just how much it had taken out of their legs.

Then the unthinkable happened, Wilde’s chain coming loose and he dropped off, but didn’t dismount, almost catching his finger reattaching it but finally it clicked and he was suddenly at full tilt again in a bid to reach back to the group.

Fortunately for him the pace wasn’t too hard up front and after a lap he was back in, nine athletes together into T2, Joao Silva off the back.

Le Corre was off first but stumbled with the bike and six athletes pulled clear, Messias hanging tough with the trio of French men, Wilde and Yee. Then Wilde rolled the dice and pulled away until it was only Yee hanging on.

The duo were shoulder to shoulder until they re-entered the grandstands, the crowd roaring them on as they battled towards the blue carpet, only for Yee to find the kick he had been searching for all weekend, and at just the right time, roaring at the tape. Wilde crossed for what looked an unlikely second, Bergere with bronze ahead of Geens, a career-best fifth for Messias followed by Luis and Le Corre, Abdelmoula a brilliant 8th place on WTCS debut and Van Riel and Silva rounding out the ten.

—
“I was so gutted (about the chain),” said Wilde. “Coming into the third round I felt really good but I had to bridge the gap again. I thought should I get off or keep going. I almost got my finger caught but that. I know I don’t have the kick against those boys, so I just tried to hook it from the outset.”

“I must say I like the atmosphere here in Montreal and I also like that type of format, there is no room for mistakes,” said Bergere. “I burnt myself too early in the race to hope for a better spot, but still I am happy for it. My goal this year is to win the Series but I know it will be really tough with the two guys sitting next to me, I think for now they are stronger, so I need to be smarter and work on my weakness.” 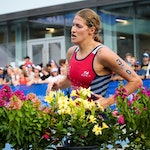 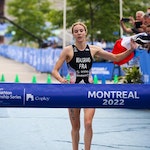 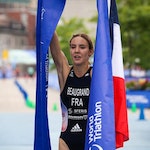 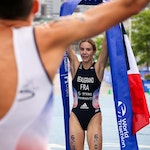 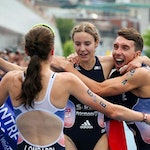 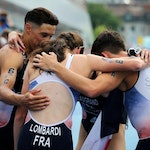 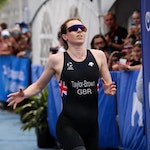 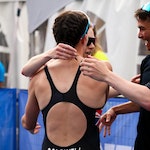 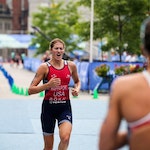 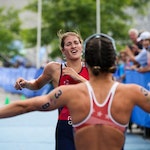 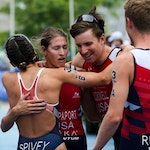 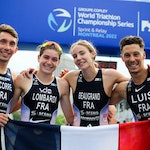