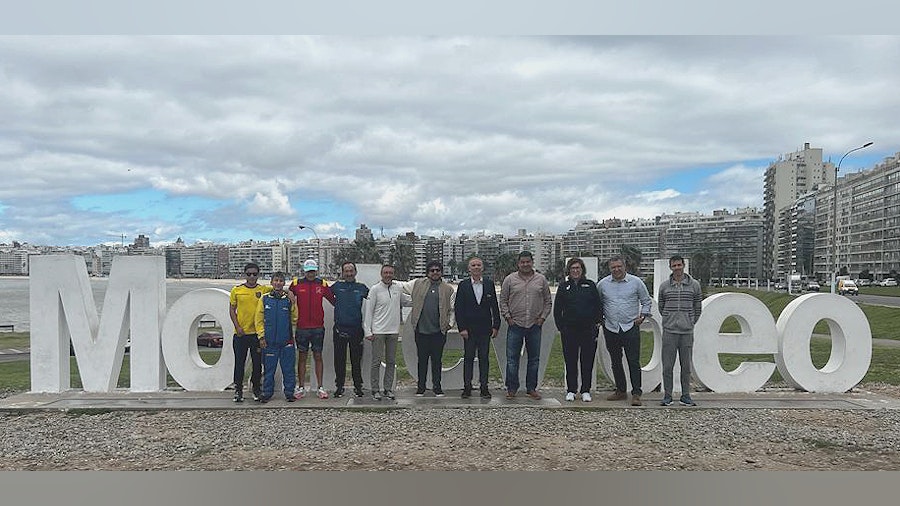 More than 250 elite triathletes will compete this weekend in Montevideo, Uruguay, on the 2022 Americas Triathlon Championships, an event that will place at the iconic Ramírez beach of Uruguay’s capital, and with Junior, Elite, U23 and Age Group athletes vying for the Continental crowns. The Elite and U23 races will be broadcasted live on PanAm Sports Channel, and streamed on TriathlonLive.tv.

The Americas Triathlon Championships for the elite athletes, as well as the Mixed Relay Americas Championship, will give very valuable points for the Olympic Qualification rankings.

On Saturday, the first athletes toeing the start line will be the Juniors, with the Junior Women start planned for 6.50am local time, followed by the Men at 8.35am. Among the athletes competing in these two races will be Mathis Baulieu (CAN), Jorge Raul Cabinal Gramajo (GUA), Andree Buc (CHI), Diego Lucero (PAN) or Keller Norland (USA), while wearing number 1 on the women’s race will be Noemie Baulieu (CAN), with Jimena Renata de la Peña Schott (MEX), Marcela Alvarez Solis (MEX), Faith Dasso (USA) or Clara Dormand (CAN) among the ones to watch.

On the U23 Men’s race, Miguel Hidalgo (BRA) will be wearing number 1, and will be indeed hard to beat after the successful season he has had this year on the World Triathlon circuit, including a bronze medal at the Huatulco World Cup. Along with him, Aram Michell Peñaflor Moysen (MEX), Antonio Bravo Neto (MEX), Liam Donnelly (CAN) or Nicholas Holmes (USA) will be indeed among the ones to keep an eye on.

Manoel Messias (BRA) will try to prove that his podium at WTCS Cagliari three weeks ago was not casual, and will be looking for the victory on the Men’s field. Mexico’s Irving Perez, Crisanto Grajales and Rodrigo Gonzalez will try to put up a fight, with the likes of Charles Pacquet (CAN), Diego Moya (CHI) or Darr Smith (USA) always with credentials to be considered for the fight for the podium.

On the Women’s side, the U23 race have another strong field with the likes of Anahi Alvarez Corral (MEX) willing to deliver another great race in Montevideo, after finishing in second place in the Valencia World Cup. On the Elite Women’s race, USA’s Gina Sereno is looking for her first mayor podium of her career, but Canadians Dominica Jamnicky and Emy Legault, or the Brazilians Djenyfer Arnold, Vittoria Lopes or Luisa Baptista will not be easy contendants to beat..

Sunday in Montevideo will be the day for the Mixed Relay American Championship, with 18 teams registered, all looking for some really valuable points for the Olympic qualification rankings. USA, Canada, Mexico, Chile, Ecuador, Argentina and Venezuela will have two teams competing.

On Friday, more tan 25 National Federations from the whole Continent will participate in the Congress of Americas Triathlon, organized by the Uruguay Federation and presided by Líber García. World Triathlon President and IOC Member, Marisol Casado, will participate at Congress and stay during the weekend for the Americas Championship as well as the Iberoamerican Congress, also hosted in Montevideo this weekend.