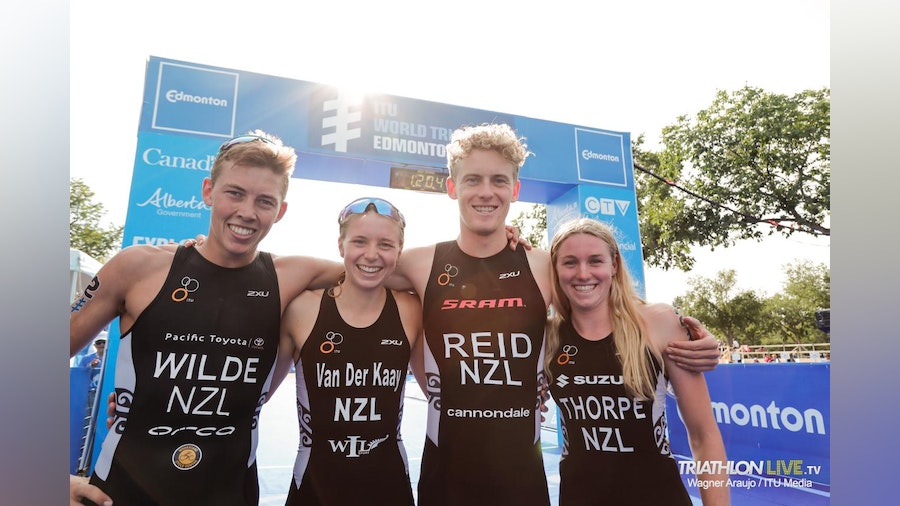 With a team with the four members under 23 years old, Team New Zealand deliver a fantastic race in Edmonton to claim their first ever victory in the World Triathlon Mixed Relay Series, putting the kiwis in an excellent position to be considered among the ones to watch in the Olympic debut of the thrilling event, in Tokyo 2020. Ainsley Thorpe, Tayler Reid, Nicole Van der Kaay and Hayden Wilde deliver a consistent race begining to end, to finish ahead of Team Great Britain and Team USA.

With most of the teams lining up their best swimmers in the first leg, it was to almost no one’s surprise that the first ones out of the water were Summer Rappaport (USA), Maya Kingma (NED) and Sophie Coldwell (GBR). The goal for the first anchorwoman of Team USA was to try to break away from the beginning, and Rappaport delivered, mounting on her bike just to be followed only by the other two triathletes. Behind them, Australia, Canada, Switzerland and New Zealand managed to keep the three leaders just under 10 seconds ahead, a difference that was kept similar during the 1.7km run.

Coldwell managed to kept the lead to give the relay to her teammate Jonathan Brownlee in first position, and the Brit showed up that he really loves this format to just give it all in the three segments. With one of the best dives of the day, Brownlee kept on in the swim with Taylor Reid (NZL) and Seth Rider (USA), and the three of them continued to build up a difference with the chasers that kept increasing segment after segment. When they all came to the run, Brownlee added an extra gear to leave behind the other two, trying to give his teammate as much as a difference as he could: 15 seconds lead that proved to be decisive for the race.

In the third leg, India Lee (GBR) took the lead thanks to the younger Brownlee, but was quickly chased by two excellent bikers: Taylor Knibb (USA) and Nicole Van Der Kaay (NZL), who managed to pass the British in the second lap of the bike course. Behind the three leaders, an excellent swim and bike leg by Miriam Casillas brought Spain to the group of three chasers, which also included Ashleigh Gentle for Team Australia and Verena Steinhauser for Italy. The three of them went into the run also together, with the Australian proving once more that she is one of the strongest runners of the circuit, especially i short distances, and bringing Team Australia back in the fight for the medals.

And as it usually is the case in the Mixed Relay events, everything seemed quite open when it was time for the last men to take the stage. And it was New Zealand Hayden Wilde the one who was tagged first, almost 15 seconds ahead of USA and UK and Australia. But Gordon Benson (GBR) proved to be an excellent swimmer and brought the three chasers back in the game, leaving the four teams the water all together. A quick transition by the Kiwi and the British gave them a small break in the bike, but they were followed close by Matt Hauser (AUS) and Seth Rider (USA), who managed to arrived to the last transition almost at the same time than the two leaders.

With all to be decided in the last 1,7km run, Hauser was informed that he had to serve a 10 seconds penalty after one of his teammates tagged one athlete out of the box, which proved to be decisive to leave Australia out of the medal contention. Even though the Aussie served the penalty as soon as he could, 10 seconds were too much for him to chase, and after a final push in the run, it was Wilde who take the honour of give Team New Zealand their first ever victory in the Mixed Relay Series,

Behind him, Gordon Benson gave Team UK another excellent result, with Seth Rider managing to stay in the third place, just a few meters in front of Hauser. Team Italy grabbed the fifth place, one of the better results for the Italians in the Mixed Relay history, while Spain finished in 6th, the same place that the team got in the Hamburg World Championships. 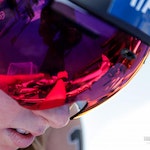 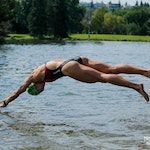 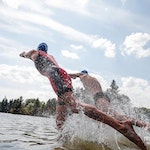 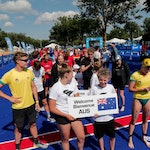 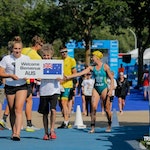 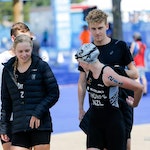 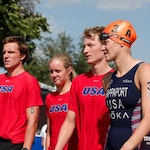 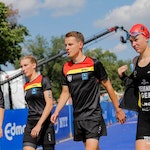 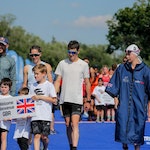 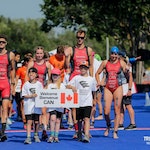 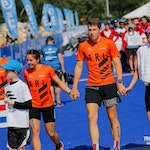 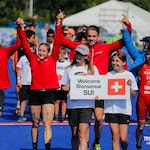