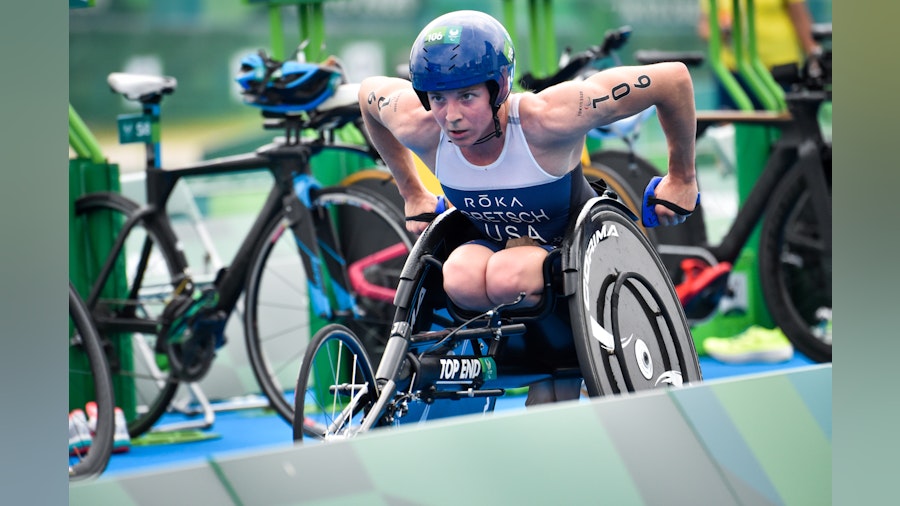 In March, just half a year on from winning PTWC Paralympic triathlon gold in the most dramatic style in Tokyo, USA’s Kendall Gretsch will be in Beijing, ready to defend the Paralympic Nordic Skiing titles she won in Pyeongchang.

The development in the snow for the then two-time PTWC World Champion was fast, reacting to the disappointment of her category not making it onto the Rio 2016 programme by switching to a new Paralympic challenge and doing so with great success. Even so, making that massive jump between sports once again after the exertions of late-August in the hot and humid Japanese capital, reaching this month’s icy Lillehammer World Championships and then plotting a route to gold in China, has taken a huge physical and emotional effort.

You can hear the full interview in the latest episode of the World Triathlon Podcast on Spotify, Apple and Google.

—
At 29, Kendall Gretsch looked calm and collected on the edge of Odaiba Bay as she waited for the H2 women’s Tokyo 2020 PTWC Paralympic start. She had now clicked into race mode, blocking out what she describes as nine long years building up to that moment. The emotional rollercoaster had been ramping up since the start of 2021 as the women PTWC triathletes’ big moment drew closer.

“It just felt like I had been building towards this for nine years and I had so many expectations for myself. I knew my teammates had this amazing belief in me that I was able to win that race and at times when I didn’t believe I could, they did. So I felt a lot of pressure for myself, but also just really wanted to show up for everyone that has been here for me for the past nine years.”

Brought up in the Chicago suburb of Downers Grove, her family may not have been able to make the trips to Tokyo or Beijing, but they were all there in person back in 2015 when Gretsch won her second world title right there at home in the Windy City. Plus, she will always have the video evidence of her parents’ hollering at the TV as she pipped Australia’s Lauren Parker right at the line to win that Paralympic gold, a moment she says her dad has watched again and again ‘almost every day’ since.

Even after the exhaustion of that successful chase down of Parker, Gretsch rewarded herself just two weeks off before heading back into the sit ski and prepping for the rearranged Lillehammer 2022 World Para Snow Sports Championships.

“I’m pretty familiar with that. I would just say that the bigger differences was mentally preparing for two Games in six months… there’s a lot of mental drain going into preparing for Tokyo and again for Beijing.”

Born with spina bifida, she admits her mum worries and would like to see more of her daughter, but the life of the summer and winter sports champion leaves little time to head back to Illinois. Post-Beijing, though, and ahead of another Paralympic showdown with Lauren Parker in Paris that she is already thinking about, there are plans for some hard-earned down time.

“I think a lot of times, people assume you had to have this big struggle in your life and there’s this assumed hardship that you had. I had a very normal childhood and upbringing. Para sport is such a great way to start a conversation about these things and really start proving how capable and how athletic we are. It’s a great way for people to see the capability that everyone has despite any sort of disability or challenge that they might have.”

You can listen to the full episode below.