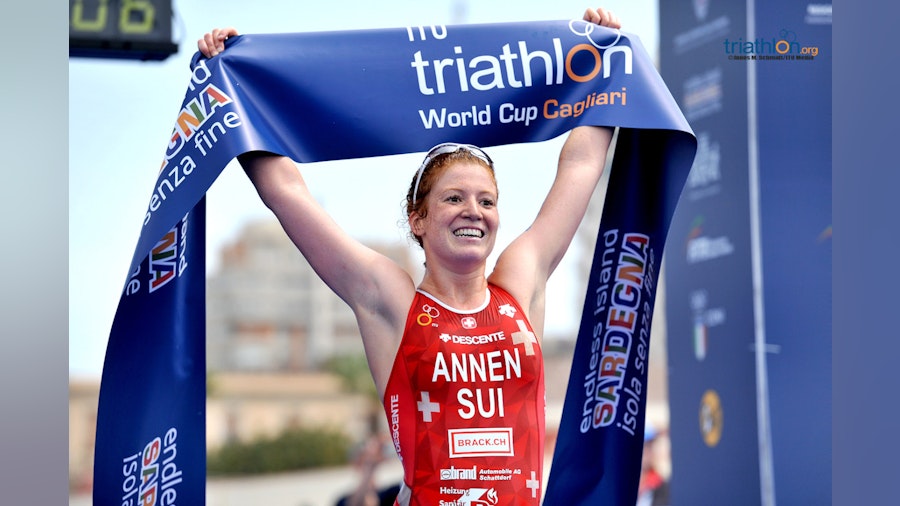 The Swiss team couldn’t have planned it better for the 2017 Cagliari ITU Triathlon World Cup, as Jolanda Annen and Andrea Briffod both claimed gold in a hilly and technical sprint race. On the women’s race, Kirsten Kasper (USA) and Joanna Brown (CAN) completed the podium, while South African Henri Schoeman and French Anthony Pujades did the same on the men’s race.

With 50 athletes taking the start line in the Mediterranean sea, the sprint race in Cagliari proved itself fast and furious, and one of the toughest races of the World Cup circuit.

“A podium in a world cup is the best possible motivation for my next race, the European Championship in Kitzbuhel”, said Swiss triathlete Annen minutes after crossing the finish line.

From the start, Annen led the women’s field competing in the Italian town from the first meters of the swim and managed to lead a small pack of eight athletes managing carefully the speedy and really technical bike course, especially on the downhill on the streets of Cagliari.

“I felt really confident from the first meters. My goal was to have a good swim and then push hard on the hill and run fast. Even thought the bike was really tough, I left T2 in second place, and I wanted to push hard because I knew that I had a small gap”, she said.

With some very strong bikers in the same group, such as Kasper, Taylor Knibb (USA) and Juka Sato (JPN), the eight made it to the last segment of the race all together with everything to be decided on the run. Annen pushed hard from the very first meters. The push was enough to secure her the victory and her second World Cup win in her career. The North Americans came behind, with Kasper finishing 20 seconds after and Brown just one more second behind. Fourth place was for an impressive Knibb, managing in the front pack the extremely technical bike course and keeping the pace during the run for most of the race.

Going five times up and down the Castello, in the old city, was painful for most part of the athletes. “It was a tough hill, took everything I had on my legs, and it also was a challenge for all of us on the run. I had my legs so burnt that I did a really slow transition. I didn’t want to go to fast so I wouldn’t burn my legs, and I just tried to follow Jolanda and pick up her pace, but she was the one to beat today”, explained Kasper after her second place in Cagliari.

“On the run course, I was just trying to follow Kirsten (Kasper) because I know she is such a great finisher. I just knew that if I stayed close to her I’d be on the podium so I just kept staring at her and keeping the pace. I’m so glad that I could make it”, said Brown.

With the sun out and the water at 23 degrees on the magnificent port, Cagliari was perfect for welcoming triathletes on their second year in on the course, this time for an sprint race on a fantastic set up through the center of the city. And it was a perfect set up for another Swiss triathlete, Andrea Briffod, to surprise everyone with a win on a race with plenty of big names on the start list.

“Is my first World Cup victory and I couldn’t be happier”, said Briffod, 23 years old, and one of the ones to watch this season, after his victory in Cagliari and a 7th place in WTS Yokohama. “In the run I gave everything I had, I kept the pace on every lap and at the end just tried to speed up a bit. When I saw that no body passed me I was incredibly happy”, he said.

The men dove in the warm waters of Cagliari with Henri Schoeman leading the group since the first strokes. He left T1 along with French Anthony Pujades a few seconds ahead a large group of 30 bikers, but right after the first lap, the two leaders were joined by a small group of chasers, including Briffod, Stefan Zachaeus (LUX), Charles Paquet (CAN) and Andreas Schilling (DEN), forming a six-men pack which managed to mantain a 30 seconds lead over the pursuers for the remaining four laps on the bikes.

With all to be decided on the run, a group of three, Schoeman, Briffod and Pujades, broke the group and went for the 5km run all together until 100 meters before the finish line, when Briffod proved himself with a bit more energy and sprinted in the last few meters to get his first ever World Cup victory, three seconds ahead of Olympic bronze medallist Schoeman.

“The course, as expected, was really hard, but on the bike we had a gap with the chasers and it was enough for the podium. Unfortunately, when I stood off the bike I had stitches and my breathing muscles were so tight I couldn’t get all the oxygen I needed for the run, but it was a good race. And good to get the body going for Leeds next week”, he explained.

Pujades crossed the finish line in third place, two years after his victory in Tiszjauvarus World Cup. “I was really happy when the guys joined us (on the bike) because it was hard for just two guys with that hill, so when we were joined by a few others we increased the gap on each lap”, he said, and then explained that after a hard beginning of the season, this podium was “perfect for my confidence. Now I feel really great and I want to keep going this way”, he said. 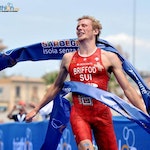 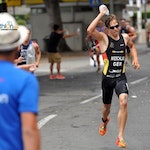 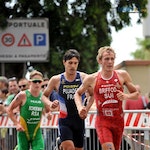 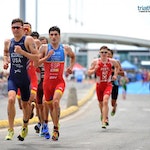 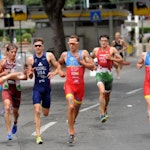 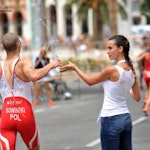 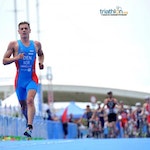 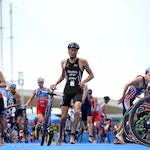 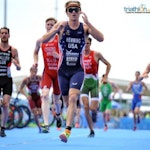 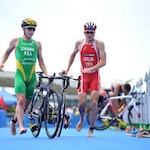 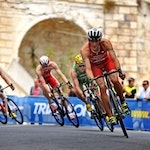 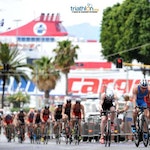