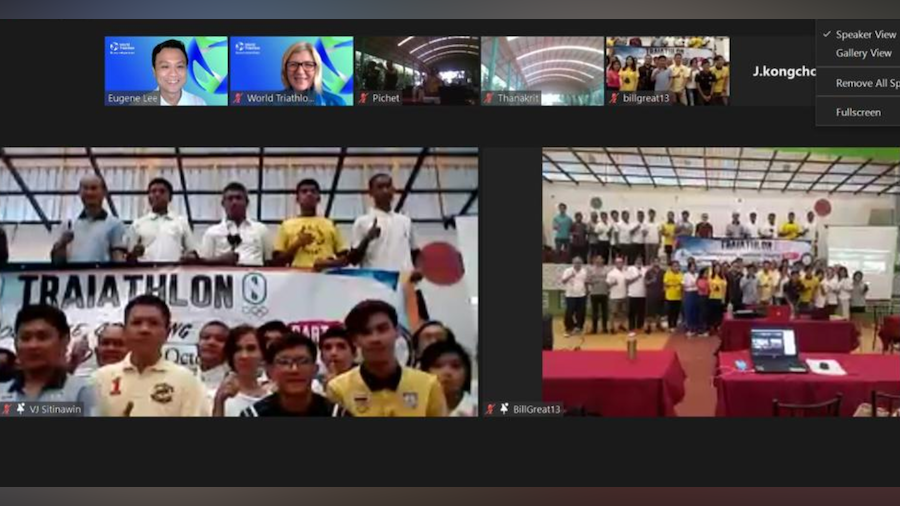 As many people’s lives moved increasingly online in 2020, World Triathlon Development made its web-based Education Hub the focus of continued learning for athletes, coaches and officials alike during lockdowns around the globe. Across the year, the number of Hub users doubled to 2446 as individual subscribers and member National Federations took up the numerous opportunities for development on offer.

In March, the World Triathlon Guidelines for the COVID-19 Pandemic Period were made available on the Hub with input from the Medical and Anti-Doping Committee. These included guidelines for athletes and coaches, event organisers and medical delegates and were available in five languages and were supplemented by books, quizzes and a host of other free resources.

Australia’s Emma Carney delivered weekly tips to athletes that were available in English and Spanish, covering subjects like avoiding injury to creating a strong online presence and gathering over 15,000 views.

Then from 28 May, a series of eight Zoom Webinars - also delivered in both English and Spanish - were broadcast on TriathlonLIVE and published on the Hub with input from Carney and Vicent Beltran and regular guest speakers. Out of that was born a certified 4-week course going into the details of the most demanded topic of the series: Physiology of Triathlon.

One of the biggest opportunities during the pandemic was being able to open up courses to a wider audience online. More than 115 triathletes and 35 coaches from South American countries including Chile, Argentina, Bolivia, Peru, Puerto Rico, Ecuador, Paraguay, Cuba, Uruguay, Venezuela and Costa Rica attended the first PATCO Development activity, with one hour of physical training plus another hour of coaching every Friday and Saturday.

World Triathlon Certified Coaches were able to revalidate their certifications online, with 959 certified coaches from 101 developing National Federations who had completed a Level 1 or Level 2 course since November 2014 when the Education Hub was launched taking advantage.

World Triathlon Technical Officials had a similar opportunity, with 192 TOs from 42 countries going through the Level 1 revalidation course in English and another 69 from 12 countries in Spanish. For the Level 2 courses, almost 80 Officials from 30 countries finished the process, with a total of 19 facilitators managing the seminars.

Another success to emerge from a difficult year was the reimagined Mentorship Programme that was able to unite the triathlon family in an entirely new way.

The first of two blocks of the programme began in August, consisting of three six-week courses. Each comprised of pre-course work, weekly e-learning, exercises and webinars delivered by five Continental Mentor Leads, and three participants from each of the five continents.

“I can’t say enough positive things about this course,” said USA’s Bobbie Solomon. “It is one of the best things I have ever done in my life. It has completely changed how I think of mentoring and has given me tools to be able to mentor anyone, in any profession at any time.”

The second block of the programme begins on 1 February, shortly after the completion of the current Americas Triathlon World Triathlon Coaches Level 1 Online Course in Spanish, with online activities expected to form the backbone of World Triathlon Development again in the first part of 2021.