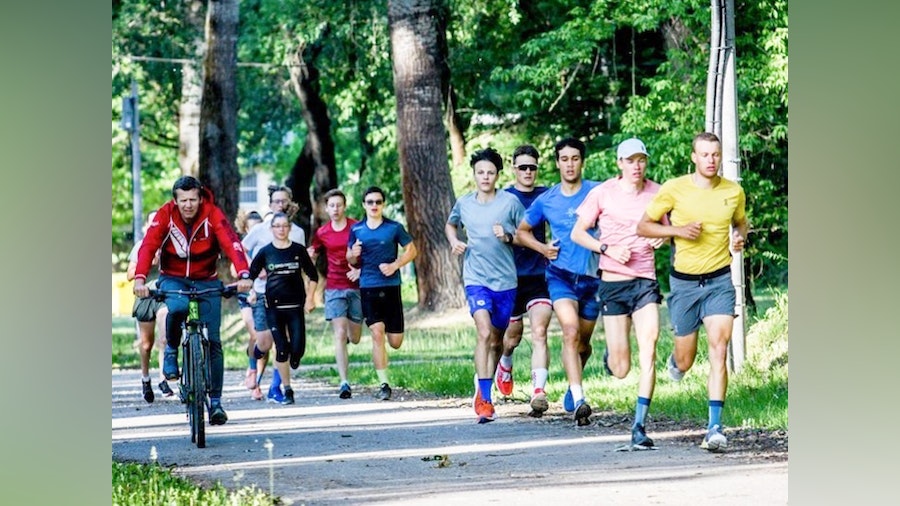 For the 2022 ICCE Global Coaches Day on 25 September, Rodrigo Milazzo and Tibor Lehmann joined the World Triathlon Podcast for a look back over their careers up to today’s high water marks. Both are enjoying huge success with their young athletes; Milazzo with a crop of brilliant Brazilian talent like Miguel Hidalgo and Djenyfer Arnold and Lehmann’s son Csongor having just won his first World Cup in Karlovy Vary, but there is plenty more to come from them.

The pair may be reaching new heights at the same time and with eyes firmly focussed on Paris 2024, but their respective paths to this point and the highs and lows along the way are very different, and you can find out all about how they have built their success and subscribe to the World Triathlon Podcast on Spotify, Apple, Google and wherever you get your podcasts.

—
Rodrigo Milazzo marks 15 years in the Brazil Triathlon Federation in 2023, a year before a Paris 2024 Games that on current form could see his country finally crack the Olympic triathlon top 10.

The pandemic put a pause on a brand new development programme put into place in 2019, but it is now firmly back on schedule as Brazil continues to find more and more young potential across the huge country.

“We are having three national championships this year, and mainly for the youth athletes of 14 to 15, and we’ll be selecting five boys and five girls and two coaches and put up a training camp so we’re not looking for the talent now, we know they are the best youth triathletes out there this year. Previously it was only occasionally that a talent would be found, but now we want the youths competing on the same start as the pros so they can see what high performance is and if that’s what they want for themselves.”

There is also the important element of training new coaching talent for Milazzo, something that he carries out as a World Triathlon facilitator and mentor in South America and beyond. A firm believer in needing just a pen and paper and a stopwatch, there are old-school values at the heart of his method.

“The coaches I tend to notice are really, I wouldn’t say keen, but they are enlightened and this enlightenment is in the way they speak and the way they think. They have a more holistic view of the sport, they have to think of everything that is surrounding the athlete and also surrounding their environment in order to understand better not only the athlete, but the whole process of training. It’s not only what you’re seeing, there’s a lot more, not only at the sides but up, down, behind as well. I was never a top elite athlete but I did high performance training and that’s given me knowledge and a feeling for the sport.”

For Tibor Lehmann, realisation came after a long discussion with a friend about where his future lay as a coach and the fact that there was no reason he and his athletes couldn’t be as good as the best in the world. So he started reading more and believing more and that has helped Csongor to Junior and U23 World titles and most recently that first World Cup win in Karlovy Vary.

“We have planned all these steps carefully for Csongor, but not everyone can do what he has done. He has a great squad and I think that is what the best Olympians have had… The Karlovy Vary win was a nice moment but the main target for us is qualification for Paris.”

As for whether or not he was able to keep a lid on his emotions as Csongor looked to land his first World Cup gold, it seems there wasn’t much that Lehmann could do to influence the final throes from the sidelines.

“Karlovy Vary was the first time I’ve not been able to say anything to Csongor for the last 5km because I couldn’t imagine where he was going to find the weapon or the tool to beat the American guy (Matt McElroy). And he found it. So maybe he is smarter than me. Sometimes.”