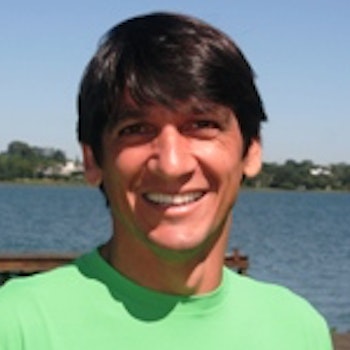 Leandro devoted his career to the Olympic hierarchy competitions. Since 1991 he raced the official international and national series aiming to bring the sport to its maximum level, the Summer Olympic Games. His dream came true at the Sydney 2000 Summer Games. Leandro participated in two Olympic Games (Sydney and Athens) being the best Brazilian placement in both events.

During his path to become an Olympian he proved to be one of the best during the first decade of the International Triathlon Union (ITU) series claiming 1st place position in the first World official ranking in 1991. In 92 he finished eight at the world ranking and in 93 he ranked as the 5th worldwide. That´s 3 top 10 in the first 3-year of the ITU world circuit series.

In 1995, the International Olympic Committee (IOC) had its eye set on the ODEPA XII Pan American Games which was chosen to be the first test towards the inclusion of the sport in a Summer Olympic Games. Leandro won the Gold Medal, the first ever of an official multi-sport games of the Olympic hierarchy.  In 2002 at the ODESUR South American Games, Macedo won the Gold Medal.

In 1995 and 1996 he brought the running leg time of the ITU series to another level proving to the world that it’s possible to run a sub-31 10k in the last leg of a triathlon. He was 3rd place at the World Championship in 1996. In the first World Champs, back in 1991 at Gold Coast he was 5th overall.

Leandro’s participation at promotional competition was noticeable with a 6th place at the 1994 Good Will Games in Russia and a 3rd place at the World Nature Games in Brazil.

Macedo commitment to the official triathlon and his many awards affected positively other important issues such as: sports marketing, politics and social. Sponsorship money for the sports was perceived with big prize purses in many races ranging from 10,000 usd to 100,000 usd for a race. Social projects at poor neighborhood had Leandro constantly present, training and talking to athletes engaged on the search for a better life. Not to mention the increase number of triathletes participants, more races, workshops and development of the sport as whole.

Finally in 2003, the Brazilian Olympic Committee awarded him with its top prize as he conquer the title “Athlete of the Century” due to the recognition of his work on behalf of Brazil, perseverance, determination, titles and fidelity to the its country. A plus as an achievement for this truly Olympian is the undisputed fact that in the criterion that best measures the aerobic endurance he measured an impressive 80,6 VO2max in 1996 test done at the Brazilian Aeronautic Institute. 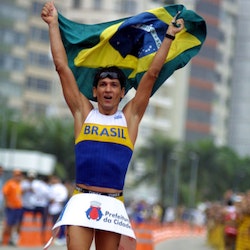 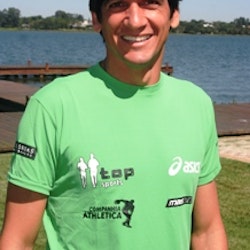 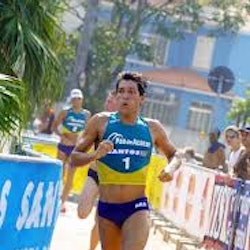 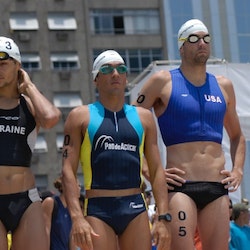 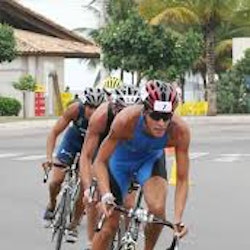 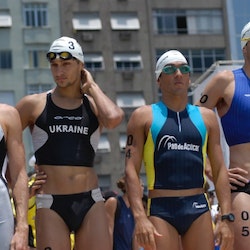