'My first reaction was - what about Paris?' World Triathlon Podcast #47: Jonny Brownlee 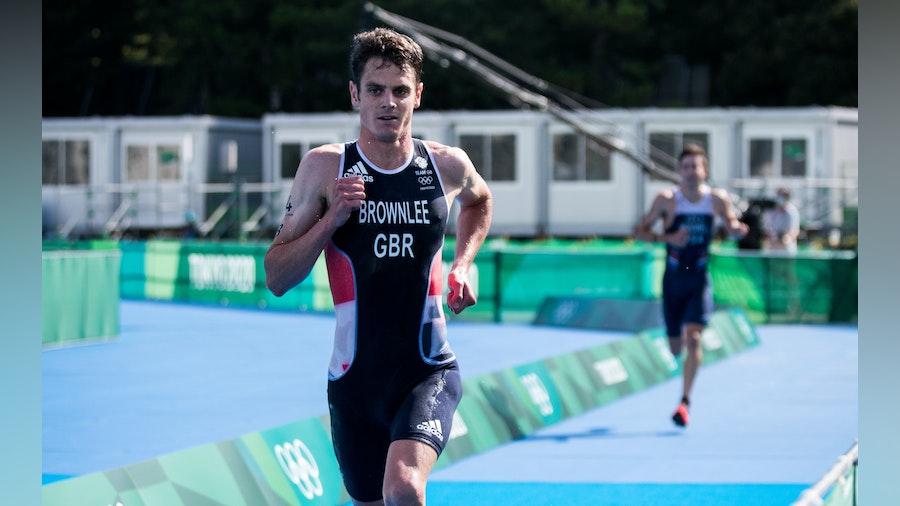 Winning the inaugural Mixed Relay gold at Tokyo 2020 was an impressive way to complete Jonny Brownlee’s collection of an Olympic medal of every colour. Throw in the small fact of registering the fastest leg of the entire field and it was no surprise to hear the London 2012 bronze and Rio 2016 silver medallist start to pour water on (his own) thoughts of Olympic retirement.

The individual race five days before had been equally satisfying for the 31-year-old. It was only as teammate Alex Yee and eventual champion Kristian Blummenfelt kicked on at the bell that Brownlee was finally shaken off the leaders, going on to finish fifth. Three Olympic Games. Third, second, fifth. Then on Super Saturday gold finally landed. You can listen to the full episode of the new World Triathlon Podcast on Apple, Spotify and Google.

“Obviously my last few years haven’t been as great as they were before, but to be able to still perform on the day was brilliant and the individual race I’m very, very proud of, getting to that finish line knowing I couldn’t have given any more.”

No two Olympic Games are ever alike. Tokyo 2020 was of course a world away from any of its predecessors for one huge global reason, but for Jonny, it was also his first without his sibling to help drive him on. As the two-time Olympic Champion recovered from injury, it was both during the build up and the Games that his absence was felt.

“I think I probably did miss Alistair. In training he’s the person who just boosts those sessions by 1-2% and every time will squeeze a bit more out of it. But more than anything, I think I missed him in the race. If we had someone really driving the front pack and take those turns no one else wants to take, then that front pack might have stayed away and it could have been a very different race.”

It was a fact that Blummenfelt alluded to in episode 43 of the podcast, how the lack of that swim-bike force of nature would almost inevitably allow the Norwegian to make up a deficit out of the water. It was something that Jonny brought up in an interview after what he saw as a slow swim at WTCS Leeds. The fifth-place finish he was able to produce on the biggest stage of them all was therefore a source of great satisfaction even before thoughts turned to the relay.

“I felt absolutely brilliant when I was racing and when I was running I wished I could have just carried on for 10km. I felt absolutely amazing. Then I saw the time sheet and it was even better than I thought. If I’m honest, I didn’t expect it to be that good. I didn’t expect to have that kind of pace. Being an athlete and always wanting more my initial reaction was, ‘oh, what about Paris in three years?’”

The three-year gap between Games will no doubt be making for similar thoughts for many athletes across many different sports. There is also the possibility now of teams selecting super-sprint specialists which, while a 35-year-old Brownlee may not on the surface seem an obvious choice, even heading in to Tokyo his abilities over the shortest distance was somewhat overlooked.

“My focus had definitely been the individual race, but my fitness obviously paid off for the relay too. We knew we had a really strong team. We had a simple philosophy that whatever happened we were not going to blame anyone. You know, all you can do is go out there and no one’s going to point a finger. We’ll come together, win or lose together.”

“And in the end it was probably the most clinical relay performance there’s ever has been and ever will be. I don’t think it can be more clinical than that, in that everyone’s transitions are perfect and everything like that worked really well.”

Watching the race back it is hard to argue against that appraisal. So, three years to Paris, what is next? After SuperLeague, some long distance racing is certainly looking on the cards, but the World Triathlon Championship Series, of which his home race in Leeds has been such an integral part, is still on the radar, as is the World Cup circuit, the challenging courses and superb organisation of which has been highlighted once more as racing during the pandemic has seen more of the biggest names on start lists for races like Arzachena and Karlovy Vary.