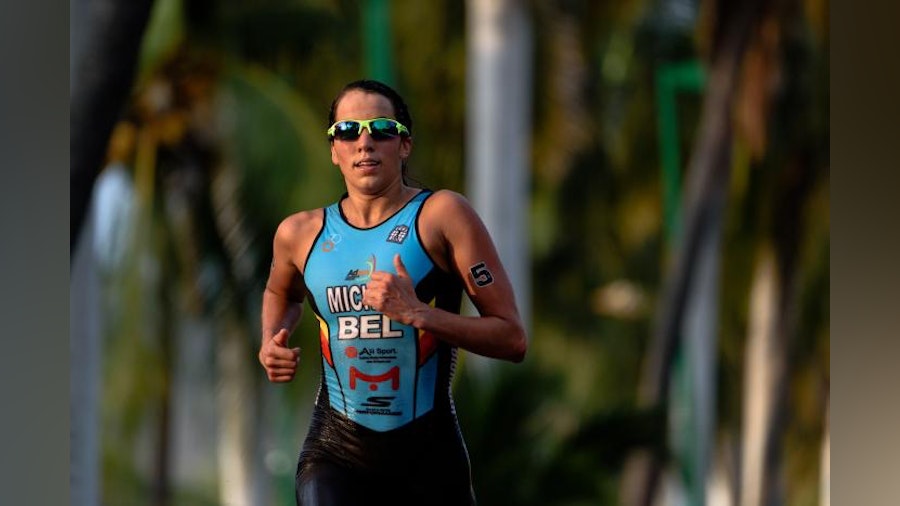 There may not be many athletes who would describe the Tokyo Olympic Games postponement as ‘a bit of a stress relief’ but, equally, there weren’t many who shattered their kneecap into seven pieces the day after finishing their season. Currently 12th in the Olympic rankings after an excellent 2019, Claire Michel‘s bike accident last October after returning home from the Miyazaki World Cup threatened to derail her Olympic preparations, but lockdown has given the Belgian precious time for both rehab and reflection.

Thus confined to her apartment to recover long before lockdown took hold, Michel had, at least, already had time to build a home gym and get used to the idea of a forced break from racing.

“I knew rehab would be lengthy but didn’t expect it to be as long and as hard as it has been. We had a hard deadline (for Tokyo) and I’d adapted to the calendar, but I wasn’t expecting so much re-learning how to walk.  I had to be very careful not to displace the pieces, there was 6-7mm between the fragments so it was a bit delicate. I lost 5cm of muscle atrophy around my thigh and a lot of motor control skills. It’s brain re-training really - kicking, biking, running, re-teaching not to overcompensate with the right.”

A member of the Athlete Committee for the last year-and-a-half, Michel has been able to indulge and satisfy her self-confessed curiosity about the finer details of the sport, to find out about why decisions are taken behind the scenes rather than just accepting them as read.

Having worked in the US Chamber of Commerce in Brussels before arriving at triathlon at the relatively older age of 24, keeping switched on to the cerebral as well as the physical aspects of the sport was perhaps inevitable.

“I tend to be an organiser and the group (under coach Paulo Souza) do call me ‘Squad Mum’. I think that you can complain about things but if you don’t have a solution to bring to the table then you’d better not say anything at all. So that’s what draws me to the Athletes Committee. I think the older you are and the more you see the sport develop you get curious about the decisions and look into things more. Triathlon is young and still developing and growing, so it’s good to be a part of that.”

The tragic recent death of Korean athlete Choi Suk-hyeon also prompted Michel to look deeper into the need for monitoring and reporting for athletes and to encourage her peers to speak out and use the World Triathlon safeguarding guidelines to do so.

“This lockdown period has definitely granted me much more time for reflection. If you think of the five most influential people in our lives aside from parents, they’re likely to be teachers or coaches and that says a lot about the impact positive or negative - they can have on an athlete’s life. Sport can be so powerful in a good way and it is just so tragic when that position of power over athletes is abused.”

You can listen to the full World Triathlon podcast interview with Claire Michel on Spotify, Apple and Google.