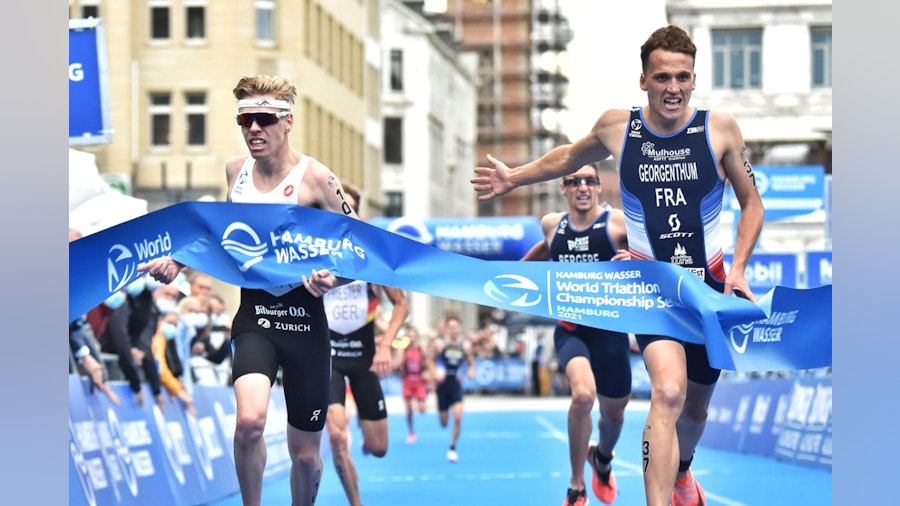 In an astonishing finish and down to the line, it was Tim Hellwig who was crowned champion in the 2021 Hamburg Wasser World Triathlon Championship Series on a photo finish battle with Frenchman Paul Georgenthum, who claimed silver on his debut at the Series, while his teammate Leo Bergere crossed the finish line in third.

It what ended being a magnificent race day for Germany, it was a local athlete, Jonas Schomburg, who led the field of 51 athletes out of the water after the 750m swim, leading an small group of six that managed to get away with 50 meters to go. Along with Jonas were Takumi Hojo (JPN), Mark Devay (HUN), Tim Hellwig (GER), Chase Mcqueen (USA) and Dylan McCullough (NZL), who headed the stairs out the water with ten seconds over the rest of the field.

Leo Bergere was by then 15 seconds behind, while two of the other favourites, next to him was Antonio Serrat Seoane (ESP) but Casper Stornes (NOR) lost over 30 seconds, which proved to be too much for the Norwegian to catch up.

On their bikes, it was just a matter of two laps for Bergere to catch the leaders and put himself in front of the group, while Serrat charged hard to make up the difference and also joined the large train of athletes, which by the time they all hit the second transition was formed by over 25 athletes.

And with such a large group hitting transition together, it was not easy for some of them to get on their shoes. Leo Bergere managed to leave in the first place, followed closely by Emil Holm (DEN), and immediately two other Frenchmen were on Bergere’s shoes: Paul Georgenthum and Tom Richard.

They push the pace and only Lasse Nygaard-Priester (GER), Charles Pacquet (CAN) and Antonio Serrat were able to follow. And together they run until for 5km, looking to each other, no one wanting to start too early.

By the time they hit the blue carpet, the six of them were sprinting in pure Hy-Vee style to the point that a photo finish was needed to declare the winner of the 2021 Hamburg Wasser World Triathlon Championship Series. And it was Hellwig the one who crossed the line first, on a career-best for the young German, putting the perfect ending to a wonderful day for the host country. “There’s no better place in the world to win your first WTCS race than here at home, it’s a special feeling. I raced here last year on a difference course. This one here is very special, when you have so much spectator support, cheering you on, they are just flying over the course, it feels so great.I watched the replay from 2019 and I saw the sprint finish between Jake Birtwhistle and Vincent Luis and I thought, don’t go too early. I think I timed it perfect. It was so very close in the end but I am super happy that I won,” he said.

Georgenthum was happy enough to claim the silver medal on his debut on the Series. “I am really happy. It was my first WTCS race and before the race, I couldn’t imagine this result. I am very happy”, he explained.

A bit more disappointed was Bergere, that got in Hamburg his third consecutive bronze medal on the World Triathlon Championship Series after finishing third in Montreal and Edmonton. “I will take that but to be completely honest, I am quite disappointed. Three bronze medals in a row is quite good but in the same time, I really want more. I am disappointed that the breakaway didn’t pay off today so next time I will have the same motivation to attack.The younger guys had something more in the tank, for the sprint finish and I can say that I am so happy for my teammate and training mate Paul (Georgenthum), for his first-ever WTCS race and second today, I am just delighted for him”, he said.

It was another German, Nygaard-Priester, who rounded his victory last week at the Karlovy Vary World Cup with the fastest running split in Hamburg, which took him to the fourth place, while Antonio Serrat closed the top 5. 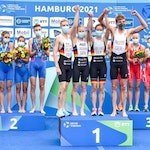 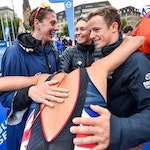 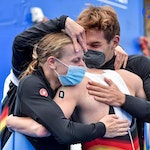 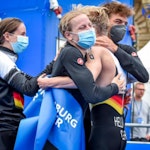 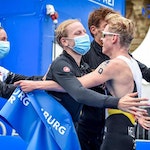 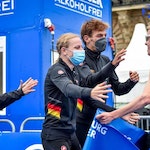 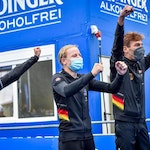 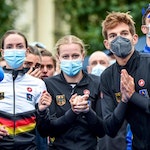 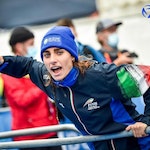 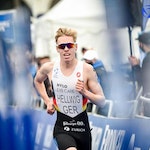 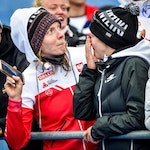 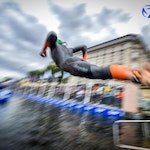