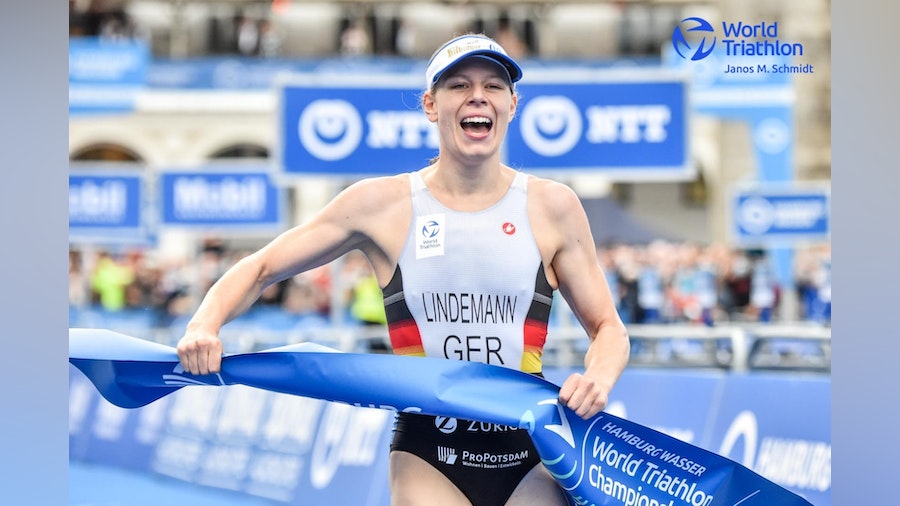 Junior and U23 World Champion, Hamburg bronze and silver medallist. There isn’t much that 25 year old German triathlete Laura Lindemann hasn’t already achieve on her career but a World Triathlon Series win was one of them. Mission accomplished now. On a beautiful Saturday afternoon in her local hometown of Hamburg, Lindemann shined from the beginning to the end to claim her first ever Series victory at the 2021 Hamburg Wasser World Triathlon Championship Series. Series podium debut for young Kiwi Nicole Van Der Kaay, while US’s Summer Rappaport claimed the bronze medal.

In the short 750m swim on the cold waters of the Alter reservoir -17 degrees-, it was Summer Rappaport who led the field out of the water, only another magnificent swimmer, Olivia Mathias (GBR) able to follow her feet, and with Lindemann closely behind. Behind them, a large group including great swimmers like Zsanett Brtagmayer (HUN) and Kirsten Kasper (USA) managed to catch the three leaders when they were about to leave the first transition.

When the athletes mounted their bikes, the German team quickly took the lead, and managed to put four or their athletes (Lindemann, Marlene Gomez-Islinger, Anabel Knoll and Lisa Tersch) up front, to try to stretch the group and breakaway.  But with Kasper, Rappaport, Erika Ackerlund (USA), Sian Rainsley (GBR), Mathias and Kate Waugh (GBR) in there, it was clear that a breakaway was not going to be an easy task.

The lead group managed to open a significant gap with the chasers, though, and by the time the race was half way through they had over 30 seconds of a gap, with Alberta Kjaer Pedersen (DEN) and Quinty Schoen (NED) leading the chase.  The leaders powered on in the last three laps of the 20 km bike to enter transition with almost 40 seconds of a lead, and from the moment the athletes had their shoes on,

For much delight of the hundreds of spectators gathered in the city center of Hamburg, it was local star Laura Lindemann who left transition on the lead, followed close by Bragmayer, Rappaport and Nicole Van Der Kaay (NZL), who had a supper efficient second transition, enough to put her in the leading pack. Behind them, the chase was on.

Knowing they had some really fast runners behind, it was just a matter of seconds for the four of them to increase the pace and start losing chasers, and by the time the athletes passed through transition for the last time before crossing the finish line, it was just three of them -Lindemann, Rappaport and Van Der Kaay- running shoulder to shoulder.

Cheered by the local crowds, it was with only 300 meters to go, and the blue carpet already on sight, when Laura decided to add an extra gear and went for the final push, to cross the finish line in first place, her first ever victory at the Series, with the fastest running split of the day. “I am so happy, I just can’t believe it. This was the perfect race for me”, said the German, who had won previously silver and bronze medals in Hamburg, bet had never been on tp of the podium. “My swim was good, the bike was good and during the run I just felt really good. On the second lap of the run I just felt that I had the legs and just went for the best, and I made it”, said Lindemann.

Just three seconds behind her, a delighted Van Der Kaay claimed silver, the best ever result of her career. “I don’t really have any words for it. I didn’t know what to expect from this race. I have never been on a podium for this so I am over the moon really,” said Van der Kaay.

“It was a surprise for me to be up front, but I knew my running was in good form. I knew I was feeling good coming into this in peak form. Coming into the end I knew it would be tough, I’ve never been going for the podium let alone the gold, so I gave it my all and came away with second, so I am very happy”.

Bronze was for Rappaport, who claimed the 6th Series podium of her career in Hamburg. “It’s definitely a little bittersweet to get taken in the last few hundred metres of the race but I can’t complain about a podium. My season has been a bit up and down. This might be my last race (of the season) so it feels good to be closing out on a high note. I really wanted to race offensively and be as aggressive as possible, I definitely had some promising moments and then other moments when I needed to be on the gas a little bit more but overall, I am really proud of my execution,” she explained.

The afternoon saw plenty of athletes doing the race of their lives, with Bragmayer finishing in 4th place -also her best ever results on the Series- and young British Sian Rainsley in 5th, also a career best.

Great day for the German team, with Marlene Gomez-Islinger finishing in the 6th place, Knoll in 11th and Nina Eim in 16th. 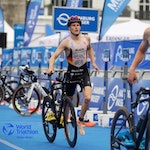 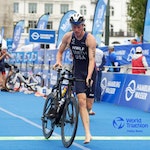 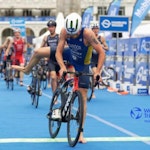 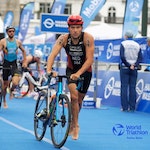 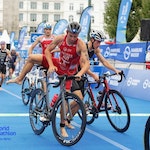 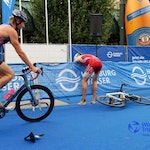 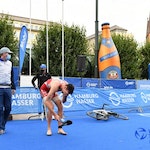 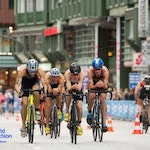 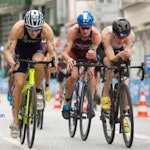 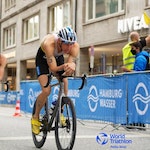 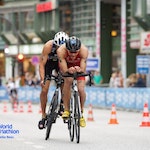 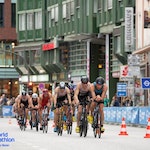