As an unequivocal confirmation of its commitment to eradicating the use of prohibited substances and methods in triathlon, World Triathlon continues to commit time, effort, energy and a substantial budget to its anti-doping mission.

As you are aware, over the years various regulatory mechanisms have been established and implemented to curb the incidence of doping in our sport and in sport in general. All these mechanisms seek to efficiently and effectively deter all triathletes from doping . More importantly, these mechanisms are the main tools that will allow World Triathlon to catch and punish anyone who cheats, all the while seeking to maintain a level playing field for every clean and fair athlete.

According to yearly statistics, World Triathlon athletes have, for the most part, respected their duties as athletes under the World Triathlon Anti-Doping Rules and the World Code.  For this, World Triathlon commends you. In fact, we take pride in the knowledge that so few anti-doping rule violations have occurred in our sport at an international level.

This does not mean that our work is done. As we have learned through the doping scandals that have occurred in various sports over the last few years, the fight against doping is arduous. It requires long-term commitment.  It demands transparency and it is dependent upon cooperation and collaboration. World Triathlon shall therefore strive to render its anti-doping program even more successful in the future as it continues its fight to rid sport of doping.

Here are some of the components of the 2021 World Triathlon Anti-Doping Program:

These Code requirements are many and among other include:

Because all World Triathlon athletes and support personnel are bound by the World Triathlon Anti-Doping Rules, you are strongly encouraged to get acquainted with all these regulatory documents.

Athletes may have illnesses or conditions that require them to take particular medications or to utilize particular methods of treatment.

If an Athlete is required to take a medication to treat an illness or a documented medical condition and this substance or method is on the Prohibited List, a TUE authorizes the Athlete to take the needed substance or method for therapeutic reasons - so long as the Athlete fulfills all the mandatory criteria to do so. Athletes may apply to their National Anti-Doping Organisation for a TUE or to World Triathlon.

Each TUE has a specific duration, at the end of which it expires automatically. Should you need to continue to use the prohibited substance or method, it is your responsibility to submit a new application for a TUE with updated medical information ahead of the expiry date, so that there is sufficient time for a decision to be made prior to the expiry of the current TUE.

The presence (following sample collection), use, possession or administration of the prohibited substance or method must be consistent with the terms of your TUE. Therefore, if you require a materially different dosage, frequency, route or duration of administration, you should contact World Triathlon, as you may be required to apply for a new TUE.

World Triathlon has appointed a qualified TUE Committee who is responsible for processing all TUE applications for international level athletes and deciding whether or not a TUE should be granted.

In accordance with its 2021 Test Distribution Plan, World Triathlon is acting with the CCES to maintain its OOCT numbers testing based on reasoned and efficient test distribution planning. To this end, World Triathlon runs a Registered Testing Pool and secondary Testing Pool composed of Athletes who are required to submit whereabouts information for the purpose of OOCT.

Over and above this OOCT plan and the usual requisite in-competition testing, World Triathlon continues to cooperate with WADA in its conducting of supplementary OOCT testing on behalf of World Triathlon.

4. Increased and efficient In Competition Testing

The objective of integrating the ABP into the larger framework of the World Triathlon’s anti-doping program remains to identify and to target athletes for specific analytical testing (e.g., recombinant EPO test, homologous blood transfusion test) by intelligent and timely interpretation of biological passport data. The WADA-accredited Montreal IRNS Laboratory is the Athlete Passport Management Unit that monitors World Triathlon’s ABP.

World Triathlon believes it continues to integrate the ABP properly and successfully into its doping control program by weighing all factors including the required resources and capacity to operate such a program. As such, you can all expect for World Triathlon to continue to build is ABP database in 2021,  to use it to complement all its other anti-doping initiatives effectively and efficiently, and to pursue any apparent anti-doping rule violations arising therefrom.

Under the 2021 Code, World Triathlon must require, as a condition of membership, that the policies, rules and programs of their National Federations and other members are in compliance with the Code and the International Standards, and to take appropriate action to enforce such compliance; areas of compliance shall include but not be limited to:

World Triathlon maintains its steadfast commitment to education.  World Triathlon believes firmly that all athletes, at all levels, must be educated on the dangers of using drugs for their health, their athlete status, their national pride, their reputations and ultimately, their legacy.

With an anticipated January 1 2021 rebrand of ADeL, WADA’s online education platform, World Triathlon will shall encourage all its athletes and athletes support personnel to register to ADeL and complete its education modules.  World Triathlon shall designate an Education Pool who will be required as a condition of their inclusion in the Education Pool to complete ADeL modules in a timely manner.

All athletes who have qualified and intend to compete at the Tokyo Olympic Games will be expected to complete the Tokyo OG modules in ADeL.
World Triathlon shall also continue to implement the WADA Outreach Model at various events. We will also actively engage national federations in the dissemination of materials to athletes at all levels; increase the information links on our World Triathlon website and actively encourage coaches and trainers to better acquaint themselves with all the elements of both the World Triathlon, World Anti-Doping Program and the available content on ADeL so they all are informed and accountable.

While World Triathlon continues to invest and actively engage itself in the fight against doping, we equally believe that everyone involved in triathlon has a part to play in eradicating the use of prohibited substances and methods in sport. Together, we can make sure that all our athletes, their support staff and medical personnel are aware of their obligations and responsibilities with regards to doping, and stay clean, and healthy. This is for the athlete’s best interest – and for the best interest and longevity of the sport.

World Triathlon thanks you for taking your responsibilities regarding anti-doping seriously and for protecting the integrity of triathlon, for promoting the health and well-being of all our athletes and for respecting and honouring the intrinsic values of sport in general. 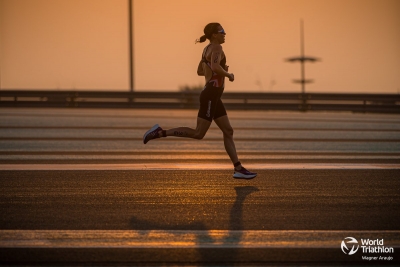 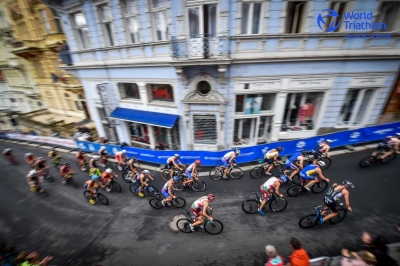 .@benlumleyphoto showcases his finest #Triathlon 📸 photos of 2021, in a season like no other 👉… twitter.com/i/web/status/1…
13 hours ago