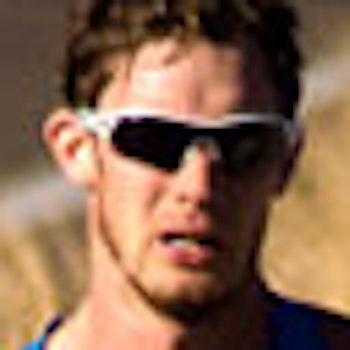 In high school, Chris was a standout middle-distance athlete, excelling in the mile and 800m, as well as being all-state in cross country and competing on his high school Varsity swim team. In 2005, Chris graduated from Penn State University with a degree in journalism and statistics. During his four years on the Varsity Cross Country and track team, Chris won IC4A XC Championships, was All-Region twice in Outdoor Track and was a member of the school record-breaking Distance Medley Relay (Chris mile leg was clocked at 4:01). Chris was also Academic All-Big Ten for two years and was third at Big Ten Championships in the 3000m Steeplechase (8:50).  After graduating from Penn State, Chris made the move to triathlon and has had success at short course racing.  A few highlights include wins at the Desert Duathlon, San Diego Triathlon (3x), and 7th at Lifetime Fitness Minneapolis.