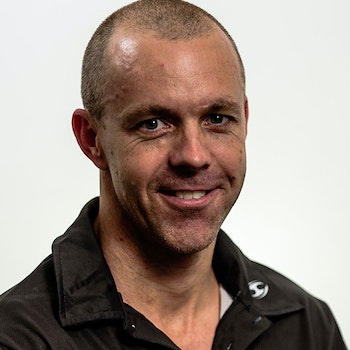 While doing cycling training for an Ironman competition as an able-bodied athlete in 2005, he was involved in an accident with a truck that was travelling 100 km/hr. He broke his back in four places resulting in spinal cord damage, as well as breaking his pelvis and elbows. He spent five months recovering in hospital. As a result, he is paralysed in his left leg and has limited movement in his right.

He began competing in triathlons as an able-bodied athlete in 2001, and after his injury in 2005 he competed in his first paratriathlon in 2008. He is married and has two daughters.