Andy Potts began as a swimmer at the University of Michigan. A six-time NCAA All-American, Potts had finished fourth in the 400 individual medley at the 1996 Olympic trials. After making the Wolverines’ track team as a walk-on his senior year, he graduated in 2000 and began a career in corporate sales. Two years later, he bought a racing bike and entered a sprint triathlon in Colorado.

Shortly, Potts solidified his status as a new comer to look out for with a top 15 placing at the World Championships in Maderia, Portugal. As a result, the former swimmer was able to realize a life long dream of competing in the Olympic Games(Athens 2004) after ony 22 months in the sport of triathlon. In Athens, Potts was first out of the water.

In 2005, Potts continued to show improvemnt in the sport of triathlon.  He finished the year ranked 9th in the world.

His breakthrough performance came in July of 2005.  At the Edmonton World Cup, Potts bested a classy field to win his first World Cup of his young career. Bolstered by his first World Cup victory in Edmonton, CAN, Potts made his statement that he was a bonifide contender for any race.

Potts has started off 2006 right where he left off 2005.  Potts has reached the podium three times in 2006, including a victory in New Plymouth on the last race of the season.  Including his three poduim finishes he finished in the top 5 a remarkable six times (1st in New Plymouth, 2nd in Mazatlan, 3rd in Ishigaki, 4th in Corner Brook and Salford, and 5th in Hamburg).

Potts finished the year ranked 3rd in the World. 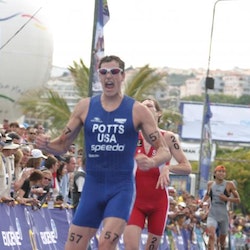 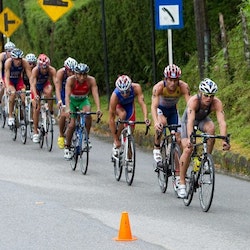 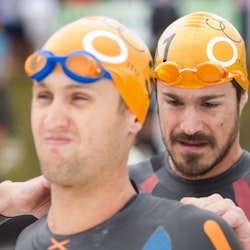 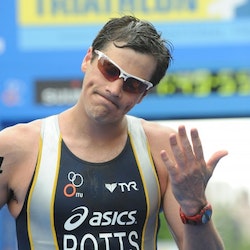 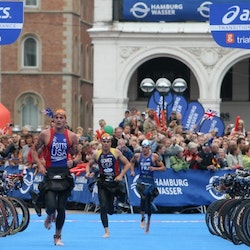 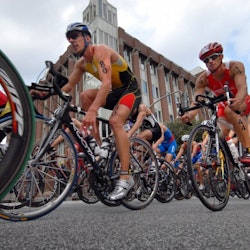 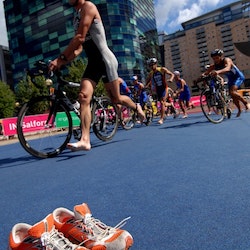 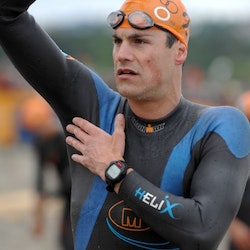