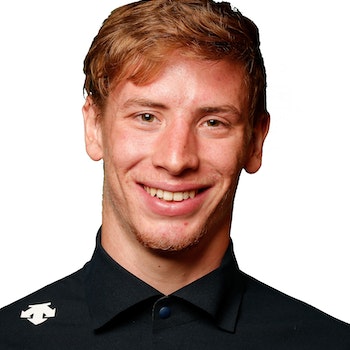 Ryan is a former international football player. He played in the England Cerebral Palsy Football team as a wing back. His breakthrough race was the ITU World Championships in Chicago, where he won bronze in the PT2 category. Ryan is from Derby but is now lives and trains full time at the Loughborough Triathlon Performance Centre. He has cerebral palsy, affecting his right side and uses an adapted bike with the gear and brake controls on the left.

Ryan represented Great Britain in 2016 at the Paralympic Games in Rio de Janeiro where he placed 6th and since then he won gold at the 2017 Edmonton ITU World Paratriathlon Series.

Not to bad 4 a national championships silver in pursuit bronze in scratch and a surprise national champ in the scra… twitter.com/i/web/status/1…
RT @BritishCycling: Another final for Great Britain! @RyanTay93 qualifies 6th in the men's C2 1km time trial to bag a place in tonight's m…
RT @5liveSport: 'Neymar is no longer high up in people's thoughts, he's been overtaken' 🗣️: @RorySmith defends the points he made in a re…