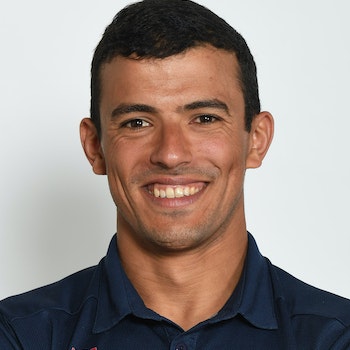 Mohamed was born without a right femur so as a child and did not compete in his first triathlon until 2008. Mohamed grew up playing sports and competing in various competitions. He started as a strong swimmer, having conquered the most impressive feat of swimming across the Strait of Gibraltar. He went on to represented MAR until 2016.

As of 2017, Mohamed has been competing under ITU flag after requesting a change of representation from MAR to USA.

Mohamed has won four gold medals to date as well as 13 podium finishes and is currently ranked fourth in the world. 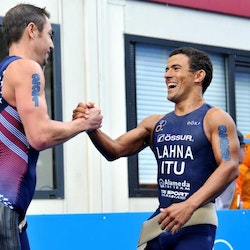 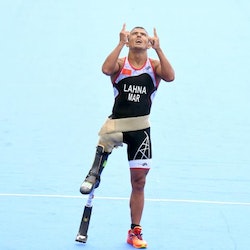 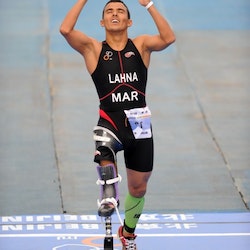 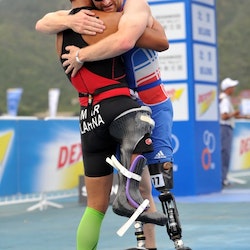 RT @usatriathlon: 𝗘𝗺𝗯𝗿𝗮𝗰𝗶𝗻𝗴 𝘁𝗵𝗲 𝗝𝗼𝘂𝗿𝗻𝗲𝘆, 𝘄𝗶𝘁𝗵 𝗠𝗼𝗵𝗮𝗺𝗲𝗱 𝗟𝗮𝗵𝗻𝗮 Our friend @Mohamed_Lahna talked with us about his path in life, and how he le…
RT @heatherhpsy: Have you experienced a limb amputation and since joined a sports club/team? Opportunity to be involved in research! For mo…
Thank you #henrydarby a Principal who took night job to help his students gets a heartwarming surprise… twitter.com/i/web/status/1…
http://www.mohamedlahna.com/