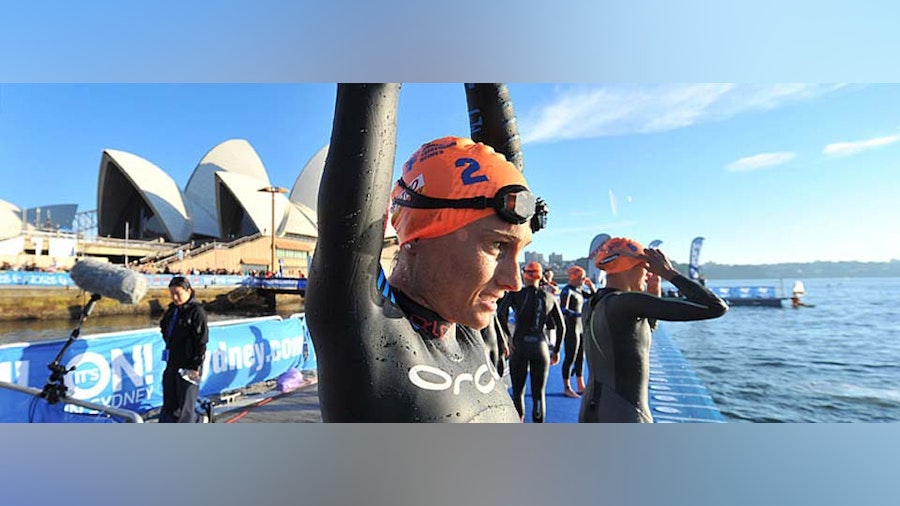 As the 2012 ITU season closes the curtain on one of its most exciting years of competition to date, we take a look back at the beautiful images captured during the ITU World Triathlon Series. Thanks to the skilful craft of our fantastic photographers, we can relive every emotion and share in the gruelling physicality of the races with the world’s best triathletes. With these relics of history, help us choose which photo should become the 2012 ITU Photo of the Year.

Beginning this week, we will take a look back at each of the eight WTS races in succession. The competition starts in Sydney, then travels to the U.S. before heading to Europe, over to Asia, and finally back to Oceania. Each week you can decide the best picture from a selection of photos of the featured race. The weekly winner will be added to the overall annual contest, from which the best photo of the year will be chosen.

This week we take a look back at the start of the series in beautiful, sunny Sydney. Set alongside the historic Opera House, the race kicked off not only the start of the 2012 WTS season, but the Olympic year as well. Australia’s own Erin Densham blasted off with a bang on home soil winning the race and announcing her return as one of the top elite women to look out for.

Like Densham, Steffen Justus (GER) roared to the top of the leaderboards with his first ITU World Triathlon Series win. Justus stuck to a strategic plan to pour on the speed on the sixth kilometre, which produced a stellar run time nobody could match. Read the race recap and watch video highlights here.

So, without further delay, it’s time to vote which of the photos from Sydney event photographer Delly Carr is your favourite.