20 Teams Will Fight in Hamburg for the Mixed Relays Crown

In addition to the men’s and women’s elite races of the World Triathlon Hamburg this weekend, this Sunday Hamburg will also host the thrilling ITU Mixed Relay World Championships, just a month after the International Olympic Committee announced the inclusion of the Triathlon Mixed Relays in the Olympic Programme, starting in Tokyo 2020.

The fast and furious format has proven itself to be an event no one can miss, especially this year, with some of the strongest squads on the planet wanting to get the first shot at Olympic relay glory. In Hamburg, 20 teams of two men and two women from the same country will shape up to each complete the 300m swim, 6.6 km bike and 1.6 km run. The first team crossing the finish line will be crowned the World Champion.

Even though teams will not be announced until the night before the race, some strong squads will be competing in Hamburg this weekend, ready to bring their home countries another medal after WTS Men and Women races on Saturday.

Among the ones to watch will be the United States, the current World Champions, and who will have the possibility to choose for their team some of the strongest women of the season, such as Kirstin Kasper who is currently leading the WTS, Katie Zaferes in number two position, or even Tylor Spivey. But eyes will also be set on the UK team, current Commonwealth Mixed Relays Champions, Jonny Brownlee present in Hamburg along with some really strong teammates.

Not to forget some other countries such as Australia, with a young and strong squad present in Hamburg; France, who already knows what it is to be the Mixed Relays World champ; Germany or Spain, all of them with experienced and talented athletes present in the German city.

This is one of the most eagerly awaited competitions on the ITU calendar with the race to be a thrill from the very first minute. If you blink, you’ll miss it! The swim will start at “Kleine Alster” with each athlete going for a 300m swim, passing through the tunnel twice. Then, they will go for two laps of a flat bike course to finish a total of 6.6 km on their bikes on a route technically demanding, due to many changes of direction and tight turns.

Finally, they will have to go for two laps to run, also on a flat course, to then tapping their teammate for the relay.

Hamburg has hosted the thrilling and engaging event for five years running, consistently attracting crowds upwards of 250,000 spectators, with the grandstands selling out every year. And in 2017, more teams than ever will fight for the World Title, in a first attempt to claim themselves on track for the first-ever Olympic Mixed Relay medals.

With constant lead changes, the fast and furious format, along with the exciting come from behind finishes, Mixed Relays have all the ingredients to make it the perfect event for spectators, both onsite and on television. Don’t miss the race broadcasted live on Triathlonlive.tv! 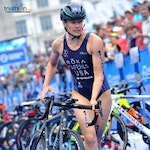 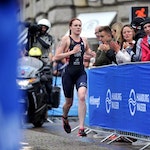 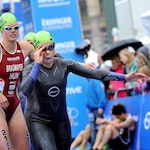 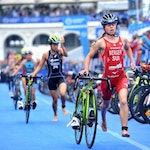 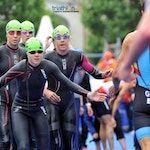 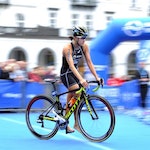 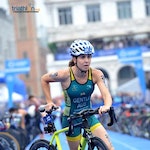 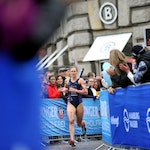 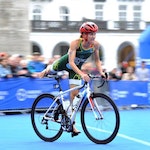 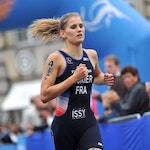