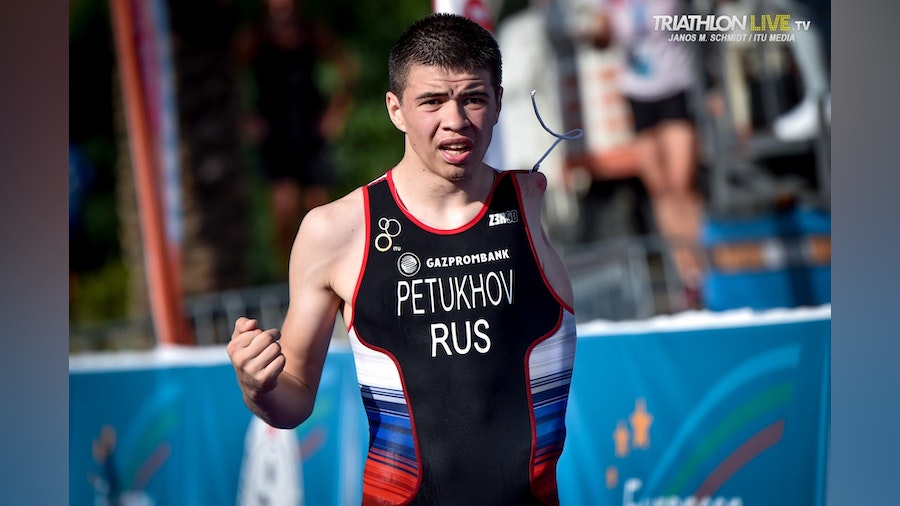 With a packed start list in all categories, the sunny and seaside town of Alanya, in Turkey, was home for another leg of the Paratriathlon World Cup to see Russians paratriathletes shine. 12 medals were in the tally of the Russian delegation, one of the best ever results for the country, with multiple athletes claiming some really valuable points for the Paralympic Qualification ranking.

With a field that was not one of the strongest ones in the last few weeks, Austrian Florian Brungraber took advantage of the crowded calendar in Autumn to claim the Alanya Paratriathlon World Cup title, the first major win of his career, and one that gives him some really valuable points towards the paralympic qualification. Behind him in the finish line was one of the most experienced man on the field, Frenchman Ahmed Andaloussi, while Benjamin Lenatz (GER) finished in third place, making his name one to remember in the list for the candidates to compete at the Paralympic Games next summer in Tokyo.

In the women’s race, Margret Ijdema (NED) also got her first-ever win in an international paratriathlon race, after a season that has seen her multiple times in the podium, but never on top of it. Behind her, Mexican Brenda Osnaya Alvarez, with her best result this season so far, followed by Mona Francis (FRA), who had one of the fastest swims of the day, enough to grant her the third place in the finish line.

Two Russian athletes claimed 1-2 places in the Men’s PTS2 category, with Mikhail Astashov taking the tape with over a minute of difference over his teammate Vasiili Egorov, getting the best places ever for both of them on a Paratriathlon World Cup. Behind them, another athlete who made one of his best results in Alanya, British Stuart Meikle, a name to add to the long list of British paratriathletes in the circuit.

In the women’s race, and with only three athletes competing in Alanya, the victory was for the Japanese Yukako Hata, with a magnificent performance over the three disciplines to finish with over four minutes ahead of Cecile Saboureau (FRA), who claimed the silver medal. The third place was for Veronika Gabitova, from Russia.

PTS3
Another exhibition of Russian athletes in the Men’s PTS3 race, with Viktor Chebotarev showing a powerful performance across all three disciplines, and taking the victory to then wait for more than 10 minutes to see the next competitor over the finish line. And it was one of his teammates, Alexei Petukhov, who claimed the silver medal, first ever he gets on an international paratriathlon event, while Daniel Nisoroiu (ROM) finished in the third place.

French woman Elise Marc was able to keep the strong Russian athletes behind her to claim the victory, showing why she is currently ranked number 2 in the world in her category. The Russians tried everything they could to finish in second - Anna Plotnikova- and third -Evgeniya Koriyeva- places respectively.

With 13 athletes toeing the start line, the PTS4 Men’s race was one of the most disputed ones in the last few months, with Mikhail Kolmakov (RUS) finally taking the tape, after an incredible performance in the run segment. Kolmakov, who also won the Paratriathlon World Cup held in Tokyo this summer, showed that he is currently one of the strongest competitors of the field. British Michael Taylor was the proof of the strong dominance the island triathletes and paratriathletes have in the water, being the fastest one in the swim which helped him to maintain the second place, while Sebastian Engwald Jensen (DEN) ended up in the third place, only 10 seconds ahead of Russia’s Denis Kungurtcev, who finished in the bitter sweet fourth place.

On the Women’s race, Kelly Emlinger gave USA the only medal of the day by claiming the title in the PTS4 category after beating Japanese Mami Tani and Svetlana Karama (RUS).

PTS5
After finishing in the fourth place in the European Championships in Valencia in September, Frenchman Yannick Bourseaux was able to defeat the current Australian national champion of the category, David Bryant, with Mexican Jose Abraham Estrada Sierra claiming the bronze medal in another really disputed race that had the first six men finishing with less than four minutes of difference.

In the women’s race, it was the Ukranian Alisa Kolpakchy the one who crossed the finish line in first place, with another pair of Russian paratriathletes close behind: Anna Bychkova in second place and Irina Grazhdanova in third.

PTVI
Frenchman Arnaud Grandjean showed a magnificent display in Alanya, getting some really valuable points for the Paralympic qualification ranking after finishing in the first place in the Turkish leg of the Paratriathlon World Cup. The second place on Sunday morning was for Anatolii Varfolomieiev (UKR), while Lazar Filipovic (SBR) claimed the bronze medal, the first one this season after finishing two times in the fourth place.

Anna Barbaro, from Italy, was the winner in the visually impaired women’s category, confirming after her bronze medal in the European Championships that she is ion great form. Behind her were in the finish line Ksenia Vibornykh, from Russia, and Alison Peasgood, from UK.