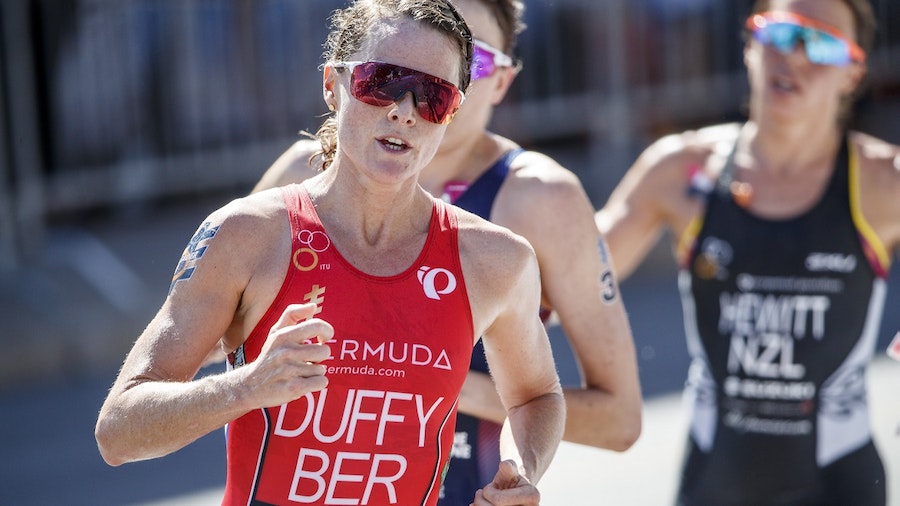 Months of racing all year long have all come down to the final and most anticipated race of the 2017 season, the 2017 ITU World Triathlon Grand Final Rotterdam. A roster of 49 of the best women triathletes in the world have made their way to Holland to compete in the last WTS race of the season, where the title of World Champion will be crowned.

Debuting Rotterdam as a first-time WTS host, the women will battle it out on a unique and technical course that features two transition areas and a standard 1500-metre swim, 40-kilometre bike and ten-kilometre run.

The women’s field features a close and tight overall Series podium that will all come down to the final finishing moments before it is known who will take the final three spots of the year.

It is only going to take a seventh place finish for Flora Duffy (BER) to become the ITU WTS World champion for a second year in a row. She enters the Grand Final in Rotterdam with a perfect tally of points with 4000, due to her five win she has collected throughout the year. The five wins that came from Yokohama, Leeds, Hamburg, Edmonton and Stockholm made for a historical season for Duffy as she became only the second woman in ITU history to win five races in a single season. She also collected some other records along the way from her dominating 2017 season, such as the longest winning margin for a WTS victory, which was 1:51 in Yokohama. While she may have missed the first two races of the season due to injury, Duffy returned and has conquered ever since, never missing the podium in every race she has contended in. She is easily the frontunner to take the world honour on Saturday, if all conditions can play in her favour.

However, triathlon is a sport that is always unpredictable and so nothing is secured until the finish line is crossed, a statement that Aussie Ashleigh Gentle knows all too well to be true. She has had a very up and down season due to uncontrollable circumstances such as illnesses. But, she has also proven that she excels in all the circumstances that she is dealt, such as after fighting a cold she went on to win her first-career WTS win in Montreal. The victory, along with her three other podiums in the season from Gold Coast, Hamburg and Stockholm has put her second in the overall rankings heading into the Grand Final 493 points behind Duffy.

Kiwi Andrea Hewitt is another woman who has had some inconsistencies in her season, but she had put forth some results in the moments where it counts, making her the third ranked woman going into Rotterdam. She started out the year as the woman on fire, winning back-to-back races in the first two events of the season in Abu Dhabi and Gold Coast. In fact, her win in Abu Dhabi was an epic sprint finish against Great Britain’s Jodie Stimpson to collect her first WTS victory since 2011.

The U.S. women’s team have been exceptionally strong this year, getting four different women on the WTS podium, three of which will be racing in the Rotterdam elite final: Katie Zaferes, Kirsten Kasper and Taylor Spivey. Zaferes is in a tight race to make it onto the overall series podium and is only 32 points behind the third spot. If she competes well this Saturday, she could easily step in to earn a final three spot in the season.

Kasper and Spivey have been rising stars this season and only added to the fact that the U.S. is capable of producing talent after talent.

Overall in the women’s field, many women have stepped up to earn first-time WTS medals. There have been 13 different women on the podium this year, including seven of which who made it onto the podium for the first time. One of those women was Great Britain’s Jessica Learmonth, who earned the silver medal in WTS Stockholm. While she is known in the WTS for being one of the top swimmers in the field, almost always exiting the waters among the top, she had a phenomenal bike performance in Stockholm that catapulted her onto the podium.

Representing the home nation will be Rachel Klamer (NED). Klamer has had four top-ten finishes this season out of the six races she had competed in, making her one of the most consistent of the year. With the added help of the local crowds, she could finish strong once again on Saturday.

The men will get the 2017 ITU World Triathlon Grand Final underway at 13:06 on Saturday, September 16, while the women will follow the next day at 15:51 local time on Saturday. Follow all of the action live at triathlonlive.tv and on twitter @triathlonlive.

Join the conversation with the hashtag #RotterdamGF