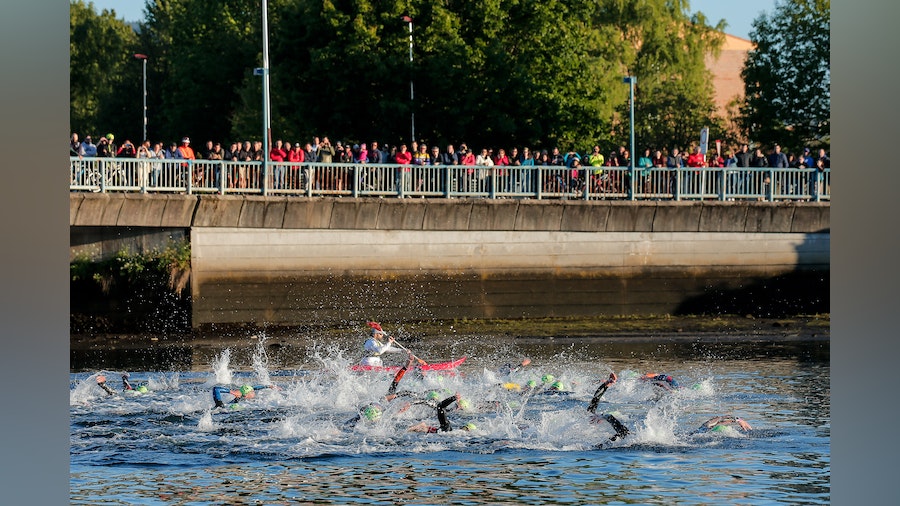 It is considered the “second oldest race in the world”, and this weekend Almere-Amsterdam, in the Netherlands will get ready to once again host the world’s best long distance athletes, this time vying for the World Triathlon Long Distance crowns. Strong fields of elite athletes will take the start this Sunday for the 2021 World Triathlon Long Distance Championships for a 3.8km swim, 180km bike and 42km run on a course that is below sea level, flat and where the wind can strike mercilessly. Whatever it takes to crown the next World Champion, now that the previous titleholder, Spanish legend Javier Gomez Noya, is not competing.

The elite men will take the stage at 7am on Sunday, with the Elite women following up 5 minutes later and then leaving the floor for the Age Group World Championships. All of them will have to cover two laps on the Weerwater Lake to then cycle 180 kilometres along the former seabed between dykes and windmills, before six laps of seven kilometres each through the city of Almere on their way to the finish.

Men’s race
After a two-year hiatus forced by the pandemic, taking the start will be a mix of athletes with previous successful records in Challenge - Almere, and with a great knowledge of the course and some of the World Triathlon Long Distance experts, willing to take a shot at this year’s event, slightly longer format than the last time that the event was held, in Pontevedra 2019.

And it is in fact the silver medallist in Pontevedra Long Distance World Championships, Pablo Dapena, who will be one to watch this Sunday. The Spaniard, who won the World title at Fyn 2018, knows that this flat course is not the best for his skills, but is hoping that an excellent run will get him again on the podium.

The task won’t be an easy one. Also lining up in Almere-Amsterdam will be USA’s Andrew Starykowicz, who represented Team USA at the Collins Cup only two weeks ago, and is looking to prove that the course fits him perfectly. Starykowicz, one of the strongest cyclists of the professional field, has already announced multiple times that he wants to break the record over the 180km distance, and this might just be his chance. Another strong cyclist, Kristian Hogenhaug, was a runner-up in Almere 2019, and is quite experienced in coping with the more than likely strong winds that will surely make a difference in the bike segment.

Dirk Wijnalda and Eric-Simon Strijk will be proudly representing the Dutch team, and along with the likes of Thomas Steger (AUT) or Tomas Renc (CZE) will be trying their best to make it to the top positions.

With none of the top five finishers from the 2019 World Championships taking the start in Almere, it will be one of the most open races ever coming up on Sunday. A world title is up for grabs, and there are quite a few women ready to take it home!

Long Distance World Champion in 2014 and silver medallist in 2012, 2013 & 2015, Camila Pedersen (DEN) will be the one to beat when the race kicks off this Sunday. The Dane, who was the first ever female to go under nine hours on the Ironman distance, will line up in Almere this Sunday ready to grab her 5th medal in the World Triathlon Long Distance Championships, knowing that the flat and technical bike course fits her extremely well.

On a mission this Sunday will be a handful of Dutch triathletes: Sarissa De Vries, Ilona Everdisjk and Janien Lubben, who will have the extra support of racing at home when vying for a world title.

Marta Bernardi (ITA) already knows what it is to stand on the podium this season, after grabbing the bronze medal at the Middle Distance European Championships in Walchsee last June, and with many other middle and long-distance races under her belt.

Probably one of the more experienced athletes in the start list will be Simona Krivankova (CZE), who has raced in Almere in 2019 and 2017, always finishing in the top 6 places and used to deal with the windy bike circuit, which can be hard to manage for some athletes more used to hilly courses. Spaniard Saleta Castro will be one of the ones who will miss some hard hills to push on the bike, but she has proven to be one always to consider when it comes to long-distance races.

The Men’s race will get underway at 7am, with the elite women taking the start five minutes after. Both races will be available live on triathlonlive.tv

Over 345 triathletes from 27 different countries will line up for the 2021 Almere-Amsterdam Age-Group World Triathlon Long Distance Championships, with each wave taking the start every ten minutes, starting at 7.35am.

The Long Distance race will start with two swim laps of 1.9 kilometres each in the Weerwater, counterclockwise, to then head to the first transition on the Esplanade. The bike course has two laps, each of 90km, on a flat course (the same as the Elites) that will take athletes through dikes, polders, windmills, and a lot of green areas. The long, windy dikes and the open polders will be challenging and tough, both mentally and physically. After the demanding bike course, a full marathon (42.2km) run course through the modern architecture of the city centre to cross the finish line on the Esplanade of Almere.

Almere will play host as well this year to the World Triathlon Long Distance Aquabike Age-Group Championships, with 160 athletes from 15 countries competing over a 3.8km swim to then do 180km on their bikes. The men will take the start at 8.32 am, with the women toeing the start line ten minutes later, at 8.42am. 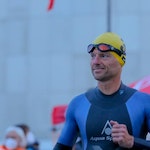 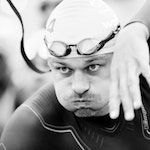 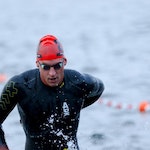 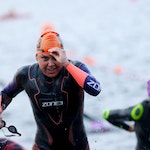 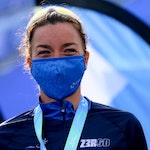 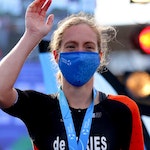 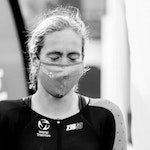 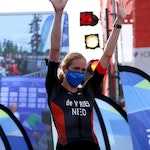 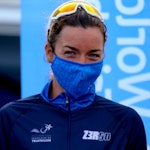 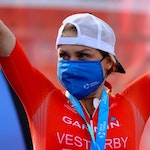 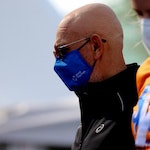 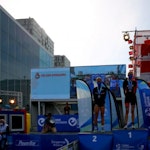