The 2015 Chicago ITU Aquathlon World Championships will once again be the start of the week long Chicago Grand Final program on Wednesday, September 16. The race, which consists of a 1.5km swim lap, 5 KM run, will be entertaining World Champion hopeful elites, under23, juniors, paratriathletes and age group competitors from around the world. ITU Aquathlon World Championships have been held annually since 1998 and some of the world’s best athletes have claimed the title, including Kris Gemmell, Craig Alexander, and Matt Reed.

Elite Men
While the reigning World Champion Yuichi Hosoda (JPN) opted out to defend his title, the lane became wide open for 2015 to be the year to see the likes of a new men’s elite champion. In the hopes of keeping the crown in Japan, compatriot Ryosuke Yamamoto tops the start list. Taking the silver medal in Edmonton last year, he is no stranger to collecting accolades as he is a 2012 Olympian and national duathlon champion.

But in order to take the crown, he will have to get past USA’s Tommy Zaferes. After making the rounds in the WTS triathlon circuit this season, he has made a name for himself for his talent in the water and as of late, on the bike. If he can maintain his leading strength in the swim, Zaferes could be the one to beat on Wednesday.

Three-time aquathon champion Richard Varga (SVK) also returns this year to reclaim his title. After his exclusion from the competition in 2014, Varga’s dominance in the swim is sure to make for one exciting race.

Elite Women
Hannah Kitchen (GBR) tops the list for the women’s field as not only the lone returning medallist, but also the only returning competitor from 2014. Earning the bronze in 2014 after she led out of the swim, she will see a whole new lineup of in Chicago, which leaves the podium accessible to anyone.

Under23
The U23 women’s world title will be a battle between Europe and South America as Joselyn Brea (VEN), Chiara Perusko (CRO) and Tamyres Domingos (BRA) make up the start list. In the men’s race, Canadian Ben Sayles will encounter Matthew Fearn (GBR) and compatriots Mohamed Elsaied and Mohamed Khaled of Egypt.

Junior
Egypt will automatically be sweeping the podium on the women’s side as compatriots Fatma Hagras and Rehab Hamdy stand alone on the field. Brazil brings the largest team to contest the category for the men’s race with three competitors lining up.

Paratriathlon & Age Group
Paratriathletes across all categories TRI-1,2,3,4,5 will contest the medals and ensure we see some fast and furious racing over this course.

Our age group competitors make up the majority of the field and traveled from every corner of the globe ranging in age from 16 – 84. There is no greater honour than to represent your country which is sure produce some sensational racing. 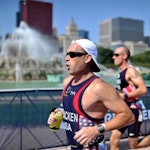 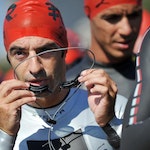 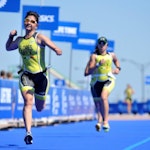 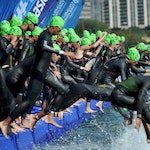 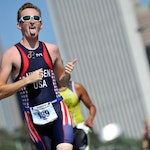 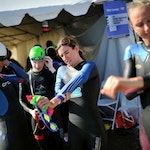 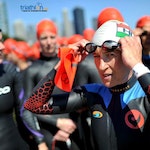 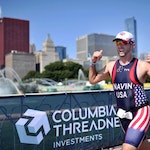 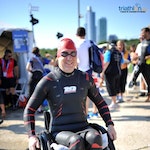 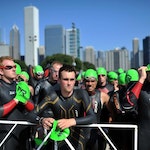 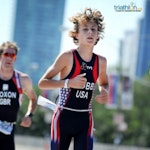 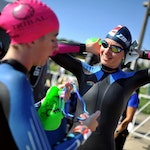