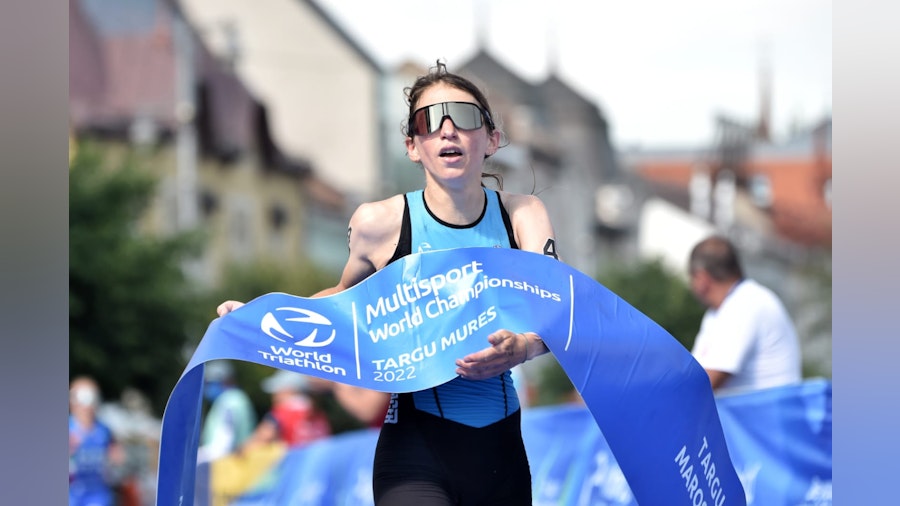 It was Belgium’s exceptional Arnaud Dely and Maurine Ricour who were to be the toast of the final day of the 2022 Multisport World Championships action in Targu Mures, as they powered their way to the inaugural Duathlon Mixed Relay world title on a hot Sunday afternoon in the city centre.

Dely, fellow Belgian Thibaut De Smet and Netherlands’ Daan De Groot had all delivered strong first legs and the in-form Giorgia Priarone was flying once again over the super-sprint course along with teammate Alberto Bartolomeo Demarchi, but a devastating third leg breakaway by Dely proved decisive.

At 16m52s it was De Smet who delivered the fastest leg of the day, his 8m43s comfortably the quickest 5.6km bike segment of the field. Dely’s final 800m run leg was the fastest lap, clocking in at 2m19s, Marion Le Goff with the fastest women’s two-lap run at 5m33s.

The surprise package of the women’s Cross Triathlon World Championships, Noor Dekker delivered the quickest women’s bike of the day (9m57s) to ensure fourth place for the Netherlands and underline her potential, Spain finishing fifth with Celestino Fernandez Martinez and María Varo Zubiri.

In the Junior race, Davide Menichelli and teammate Laura Ceddia took the gold, Belgium’s Martin Oldenhove and Pauline De Groof the silver, and it was Romania on the podium in third with Carol Popa and Alice Perjoiu. 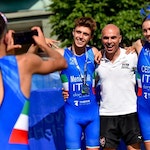 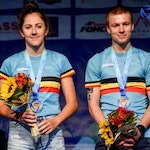 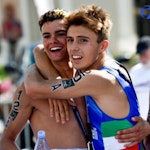 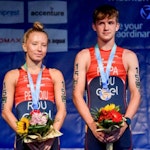 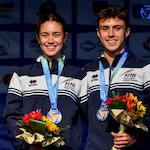 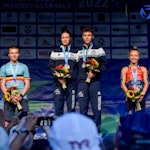 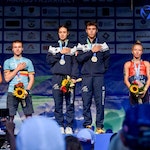 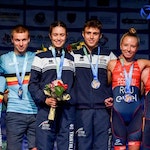 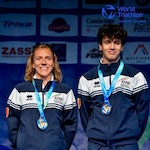 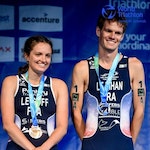 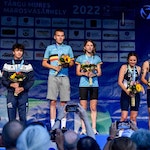 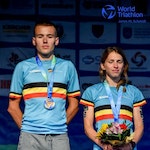