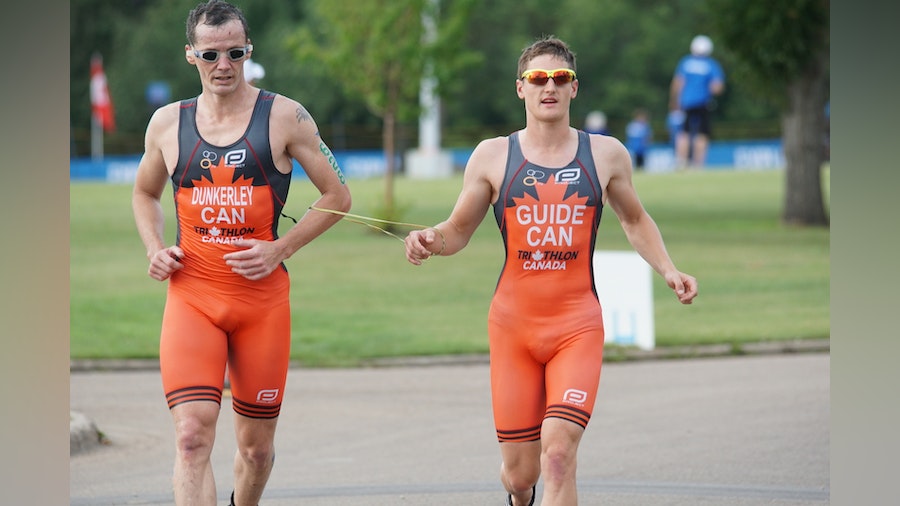 Dunkerley held a strong advantage in the swim and, after the bike, the Beijing 2008 and London 2012 Paralympian led by over 60 seconds from Catherine. Gold was the 38-year-old’s second medal of the season having open 2018 at the Paratriathlon American Championships with silver.

Frenette had a strong race in Magog following her silver medal from the Besancon World Cup, while Tuomela added to her victory from March’s American Championships.

Best of the rest

The USA’s PyeongChang 2018 Paralympic champion Kendall Gretsch also transitioned from Nordic skiing to win in her season debut. She finished six minutes ahead of Australia’s Emily Tapp with a time of 1:14:59 in the women’s PTWC.

After three World Cup appearances this year, Antonio Daniel Muller – racing under the ITU flag – won his first in the men’s equivalent in 1:11:39. The Czech Republic’s Jan Tomanek and the USA’s Howie Sanborn secured silver and bronze, respectively.

A three-minute lead out of the swim segment proved crucial for Australia’s Brant Garvey (1:12:35) in beating out the USA’s Allan Armstrong in the men’s PTS2, his second World Cup win in 2018.

China’s Wang Jiachao (1:04:17) had no trouble in the men’s PTS4, while the battle for second went to Denmark’s Havard Vatnhamar with a 30-second finish over of Australia’s Clint Pickin.

Mexico’s Jose Abraham Estrada Sierra (1:00:53) was the victor in the men’s PTS5, while Japan went two-three in Tetsuki Kaji and Keiichi Sato, respectively.