by Courtney Akrigg on 27 Apr, 2019 07:09 • Español
The ITU Duathlon World Championships was the opening event on the schedule, to crown the first set of world titles in Pontevedra, Spain. French athletes dominated racing today, with Benjamin Choquert and Sandra Levenez presented with the World Duathlon Titles in their respective fields.

The ITU Duathlon World Championships was the opening event on the schedule, to crown the first set of world titles in Pontevedra, Spain. 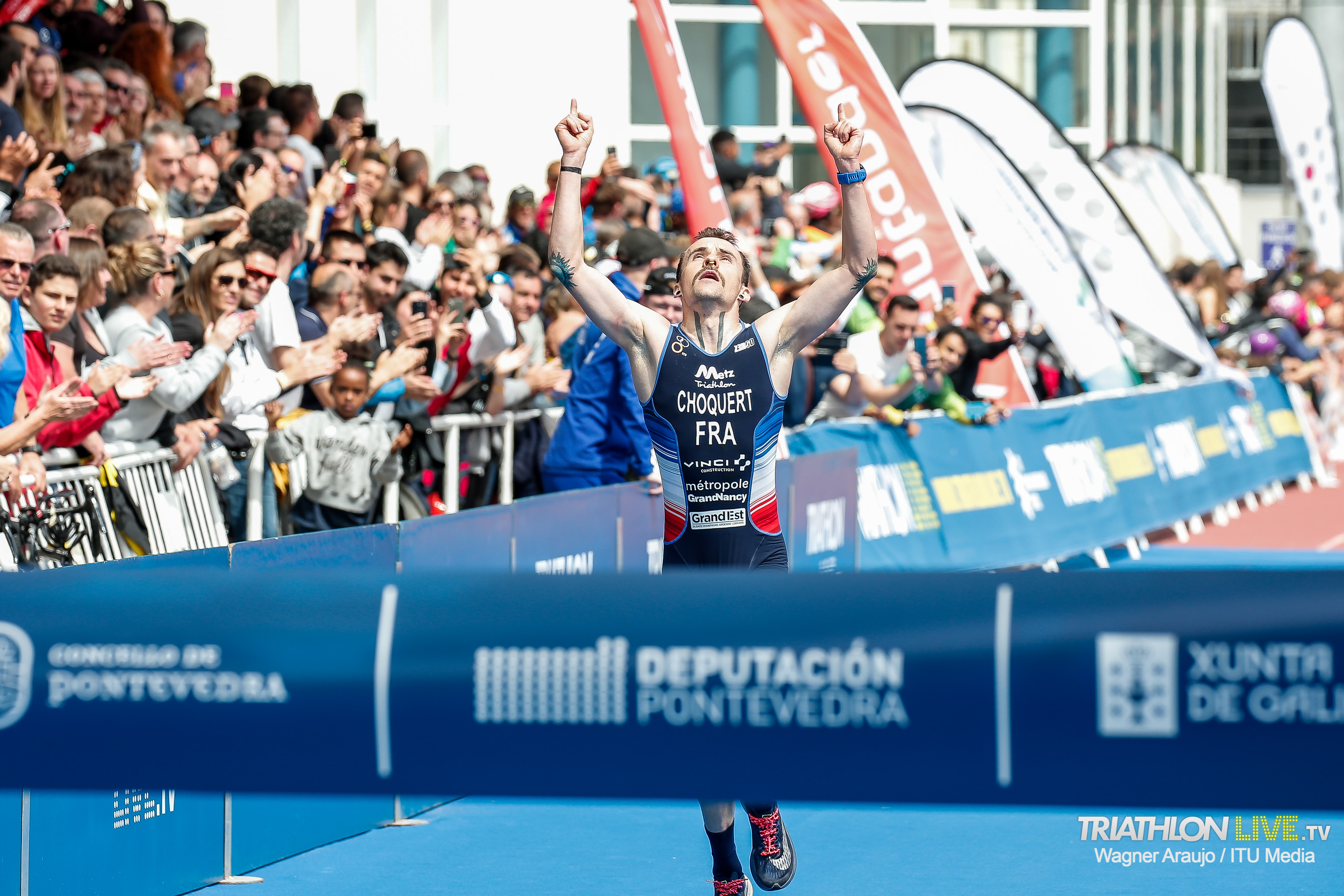 Choquert claims the Duathlon World Champion title in Pontevedra
The men’s field was stacked with international duathlon expertise. The race format consisted of a 10km run (4 laps), 40km bike (6 laps) and 5km run (2 laps). The race started on the athletics track of the High Performance Centre in Pontevedra.

French athletes Benjamin Choquert and Yohan Le Berre made an immediate impact on the race by running away from the rest of the field.

The French pair worked together across the four laps of the run course while the chase group of eight men tried to hunt down the leaders. Spain’s Emilio Martin, Belgium’s Angelo Vandecasteele, Portugal’s Marco Miguel, Belgium’s Arnaud Mengal and Great Britain’s Liam Lloyd in the mix of the group chasing.

Le Berre and Choquert were the first of the men into transition, while the second group of men followed, making their way out onto the bike course. Le Berre lost time in transition, to serve a penalty, but quickly caught up to his team mate out on course.

The Spaniards, part of the chase group, tried to push hard at the front but the Frenchmen were still looking as smooth as they did in their first lap.

The Frenchmen were not making it easy for the group to hunt them down, as they increased their lead from 8-seconds after the first lap to almost 1-minute by the third lap.

Half way through the bike course the group of nine chasing, cut 20-seconds into the lead group. They continued to work hard together, taking turns out in front seat, proving that if they kept this pace up they would close the gap and consolidate.

Once the chase group caught up to the leaders it was Arnaud Dely from Belgium who attempted a breakaway. Martin from Spain also took a moment of opportunity to feel the power and breakaway on the steep hill climb. On the final stage of the bike course it was Lloyd from Great Britain who made an impact, breaking away as the men made their way back to the stadium. Lloyd produced a quick transition of the day to hit the final run course of the day.

The pace was firing as the men battled for podium positions. On the final stretch, France’s Choquert took control and hit the blue carpet to run away with the world title.

“We decided to go hard in the first running part because we didn’t want to accumulate the penalisation for the second part of the race.

“And at the end I pushed in the strongest part of the race with the final run,” said Choquert.

Martin was presented with a silver medal in front of a Spanish home crowd and Vandecasteele, from Belgium, celebrated on the podium with the bronze medal. 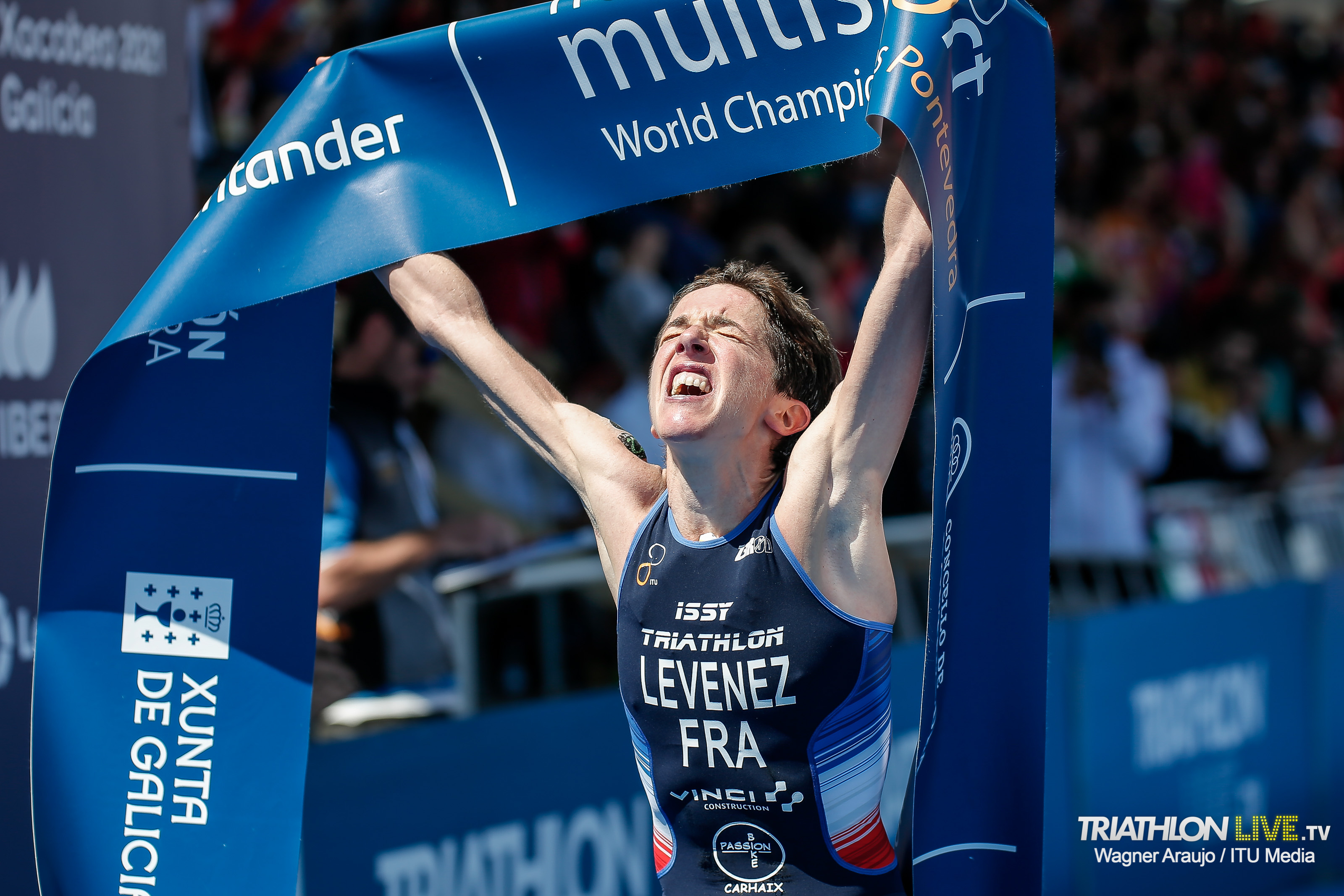 Levenez dominates to be crowned World Champion in Spain
The elite women’s field saw a mix of strong experience line up to race the duathlon alongside the U23 start list.

The reigning 2018 duathlon world champion Sandrina Illes from Austria lined up to defend her world title.

The top women in the field split the field up in the early stage of the duathlon format, Sandra Levenez, Garance Blaut and Marion Legrand from France as well as Austria’s Illes.

2018 Duathlon World Champion Illes led into the first transition of the day with 2014 World Champion Levenez. Both ladies produced quick transitions and made their way onto the 40km bike course.

Within the first two-kilometres Levenez powered ahead of the women and took control. Blaut attempted to hold on but didn’t have the power.

Levenez was riding solo across the bike course, encompassing steep sections around the city centre of Pontevedra.

On the final lap of the bike course Levenez maintained the front row seat as the reigning champion Illes and the young guns of duathlon working together to chase the leader. Illes made an effort to breakaway but no one had the power to catch the experienced French athlete.

Levenez held onto her incredibly strong lead across the five-kilometre run course. Illes didn’t quite have the leg power to chase her down but was running comfortable in second position.

Levenez truly dominated the race today with a powerful run and bike combination. On the closing stages of the race, the French duathlon specialist hit the blue carpet and began to celebrate. Levenez crosses the finish line to earn the 2019 World Champion status.

“I feel an indescribable happiness. It’s my second title, five years ago I won my first so it has cost me five years so earn the second one. It represents all the work I have done all the year,” an overwhelmed Levenez said.

Mengal, Brea, earn U23 World Titles in Spain
Arnaud Mengal from Belgium awarded the U23 World Duathlon Championship title in the men’s race. Arnaud Dely, another strong Belgium athlete was presented with the silver medal and the bronze medal was awarded to Thomas Cremers from the Netherlands.

In the women’s U23 race it was Edymar Daniely Brea from Venezuela who was crowned with the U21 World Duathlon Championship title and Spain’s Marta Pintanel Raymundo produced a silver medal performance in front of a home crowd.

Racing will continue tomorrow with the Pontevedra ITU Multisport World Championships in the paratriathlon and junior duathlon events. 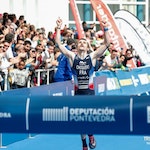 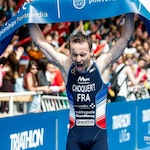 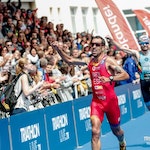 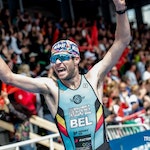 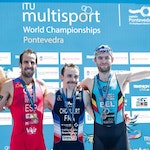 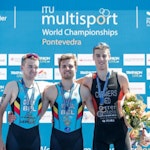 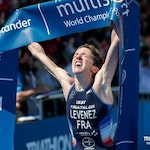 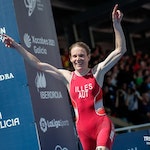 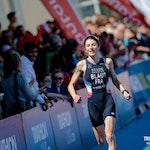 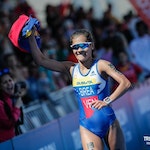 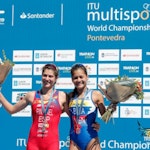