On a day full of thrills and spills at El Anillo – Extremadura in Spain, Switzerland’s Loanne Duvoisin and Arthur Serrieres of France came through tough conditions to be crowned the 2021 World Triathlon Cross Champions.

It was a fast and flat course that clearly suited the two champions on the bikes as both found themselves well-positioned out of the second transition and out onto the 6km run. The 2019 U23 World Champion Duvoisin then put the throttle down to claim a first full world title ahead of Sandra Mairhofer (ITA) and Aneta Grabmullerova (CZE).

“Today the bike went really well after an awful swim for me,” said a thrilled Duvoisin. “I passed Sandra at the end of the bike course and found the legs to finish strong. My preparations haven’t been good coming back from a fall at the beginning of the season and it has taken a lot of work to get back to this point.”

And it was an emotional Serrieres who took his first ever world title having left absolutely nothing out on the course to achieve his dream, fellow Frenchman and defending champion Arthur Forissier crossing for silver ahead of Spanish legend Ruben Ruzafa.

“It was very tough, very emotional at the finish line,” added the Frenchman. “I didn’t think I’d be at the top at the end, I’m so happy. I had to push to the line and give everything to get my first world title. For sure I will be back to defend my title next year and hope to be in even better shape.”

—
The men were underway first and, after the previous day’s silver in the Aquathlon race, it was again Richard Varga stretching out the swim and leaving the field chasing his wake for most of the 1km opening segment.

By the time he was coming out of transition and onto the one-lap bike loop, the Slovakian’s nearest rival, Jesus Jimenez Gimeno (ESP), was already 30 seconds back, Lukas Kocar (CZE) a minute and the rest of the field even further off the pace but crammed full of mountain bike specialists ready to make up the ground.

And that is precisely what they did, Theo Dupras (FRA) absolutely flying through the 20km to post the fastest bike split by a minute over Serrieres, the flatness of the course suiting him, the mud proving little obstacle for the experts.

His teammate knew that he still had a strong run in him, though, and Serrieres proceeded to claw his way back towards the front over the first of three laps and making no mistakes all the way home, even as the unusual course took the athletes up and onto the roof of the El Anillo building.

Forissier outpaced Ruzafa to hold firm for silver, Kocar running himself into fourth ahead of Dupras and Varga edging a dramatic sprint for sixth with Eneko Llanos Burguera (ESP).

“That was a tough race, but I did my best and have no regrets,” said Forissier. “I had a strong bike but we didn’t really catch the lead group and by the end I knew I had the run to catch the guys in front of me. Apart from Arthur – he was just too fast.”

“From beginning to end it was pushing hard,” said Ruzafa. “I tried to swim as fast as I could and gave everything on the bike, I think third is a great result for me. Different parts of the course suited us all differently, so it was always changing out there, it was very hard.”

—
Much like Varga had in the men’s race, it was Saturday’s women’s Aquathlon Champion Margot Garabedian of France again showing her skills through the water to lead the women. She, too, was able to string out the field significantly, carving out a minute of daylight over Mairhofer and Michelle Flipo (MEX) out of T1.

Duvoisin was now two minutes back, 2019 World Champion Eleonora Peroncini (ITA) two-and-a-half, but while Peroncini struggled to get to grips with the bike course, Duvoisin was able to begin closing down the leaders with every turn.

The inexperienced Garabedian had fallen well back while Grabmullerova was going well on the bike to find herself in third place but it was Switzerland’s 2019 U23 World Champion Duvoisin who caught Mairhofer towards the end of the bike and from there she never looked back.

Italy’s Marta Menditto was also going well on the run to move into fourth position, but nobody coud hold a candle to Duvoisin who crossed the line almost two minutes ahead of Mairhofer and nearly four minutes over Grabmullerova, Mexico’s Flipo crossing the line in fifth. Italy’s Giulia Saiu won the Junior World title.

“Loanne took me at the end of the bike but had the better running legs and I couldn’t catch her. She is an awesome person and I’m so happy for her,” said a delighted Mairhofer afterwards. “I had a really good swim but the rest was just okay, not good enough to be champion. I caught everyone up early on the bike, Grabmullerova lost me for a bit then I came back.”

“I was about 20 seconds behind Loanne and Sandra off the bikes and I can’t believe I managed to keep the gap behind me on the run,” said Grabmullerova. “I’ve had a lot of bad luck recently and didn’t finish my last two races, so this is unbelievable.” 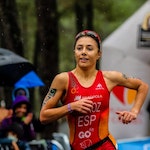 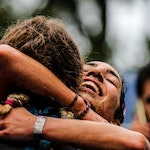 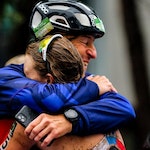 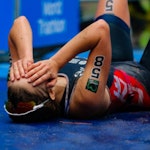 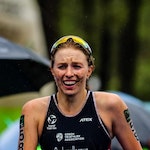 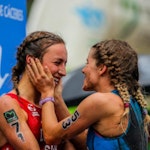 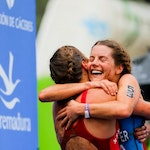 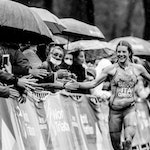 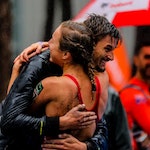 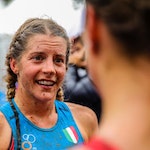 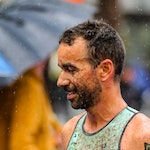 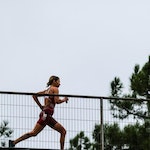