With the cheers of the home crowd roaring, Ecuador’s own Elizabeth Bravo claimed her first-career world cup victory at the 2017 Salinas ITU Triathlon World Cup. Claiming also the first world cup title for the small South American country, Bravo had a dominating run to bring her home to win the gold in the final sprint distance race of the world cup season.

Bravo said of her race and her victory, “I didn’t have a good transition, but I knew I was really strong in the run and I could push a lot. At first I thought I could stay with USA’s Gorman, but then I thought I could do more and more. So I went and all the people were cheering, so I got more and more energy and more fast. I am really happy for winning my first world cup and at home, it is amazing!”

Joining Bravo on the podium was USA’s Tamara Gorman who finished second and Luisa Baptista of Brazil who claimed bronze. Both women also collected world cup medals for the first time in their careers, making the whole podium a milestone event.

Gorman commented on obtaining her first world cup silver, “Coming off of worlds, I was excited for this race after not having a good race in the last world cup in Sarasota. I just wanted to end this year with a bang and it was good!”

Salinas played host to the penultimate world cup race of the 2017 season. The day welcomed the elites with a cloudy and humid sky that saw a breeze initiate some strong waves for the beach swim start. The women ran towards the sea early in the morning, to kick off the back-to-back race event.

Showcasing her strength in the water, Brazil’s Vittoria Lopes exited the swim first, with Gorman closely behind.

Through the first transition, the first lap on the bike saw a small group of four women, Gorman, Lopes, Diana Castillo (COL) and Minami Kubono (JPN) join forces and attempt to create a gap against the field behind. While the four leaders managed to get ahead with about 25 seconds to spare, a fierce chase of 10 led by Canada’s Dominika Jamnicky and Bravo continued to forge the space in pursuit of closing the gap.

On the bell, the push from the chase deemed worthy and they managed to catch the top four to enter together into the second transition.

It was then onto the run where the podium started to form. Using the motivation from the crowds, Bravo soared past the competition into the first position. Her form strengthened after each lap and her lead never faltered. She managed to hold tight and into the finish chute and with the Ecuadorian flag waving, she grabbed the tape to claim not only her first world cup win, but also her first world cup podium.

Behind Bravo came Gorman, who despite after being named the U23 women’s world champion at the Rotterdam Grand Final last month, has never been on the world cup podium before.
Third place then went to Baptista, who was among the chasing ten women and then made her efforts known out on the run course. 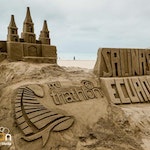 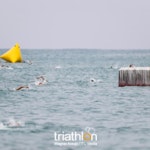 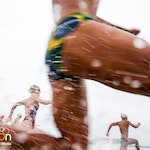 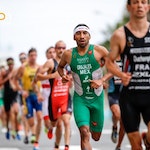 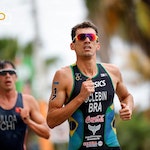 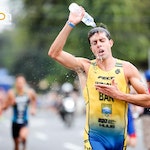 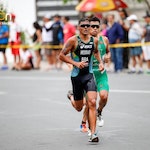 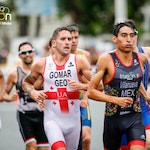 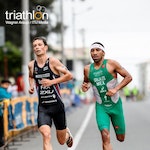 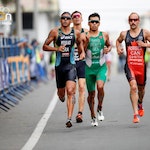 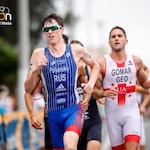 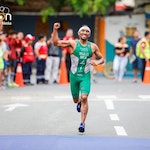