Europe dominates in Chile as Tayama dedicates win to Japan

The Santiago ITU Triathlon Pan American Cup was held in Piedra Roja, Chile on May 20.

In the women´s race, there was a duel between Evgenia Sukhoruchenkova (RUS) and Melody Ramirez (MEX). The former got to the line in first place, and another Russian athlete, Anastasiya Polyanskaya, just ran past Ramirez to claim second.

“It was an excellent race,” Sukhoruchenkova said. “Chile is a very nice country, I´m happy to be here.”

The fastest Chilean woman was Favia Diaz, who broke the tape in 2:10:00, finishing 13th.

The men´s race was highly competitive and full of passion. Although there was a huge leading pack that left the water together, the bike leg separated the bunch and little by little, it was Tayama who crept away one and won the first Pan American Cup in Chile.

“These are sad times for my country; too much has happened to us…we suffered the quake, the tsunami. Today I showed the Japanese power. The cycling leg was hard, it was too hot. I´m very, very happy,” Tayama said.

For the full results from this race please click here.

A week after on May 27, the action then headed to Valparaiso for the ITU Triathlon Premium Pan American Cup where Europe again dominated the podium.

Russia’s female athletes again recorded another one-two on the podium, this time it was Anastasiya Polyanskaya who took the title from Mariya Shorets (RUS) and Costa Rica’s Alia Cardinale Villalobos who came in third.

In the men’s race, Marek Jaskolka (POL) beat Tayama to the line by four seconds to deny the Japanese triathlete his second-win in a week.  Columbia’s Carlos Javier Quinchara Forero came in third.

For the full results from this race please click here. 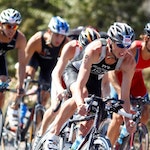 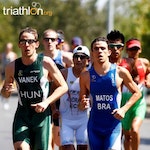 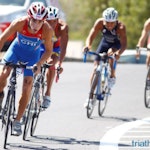 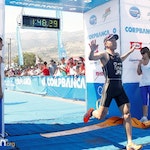 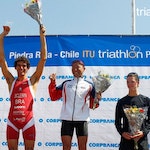 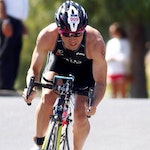