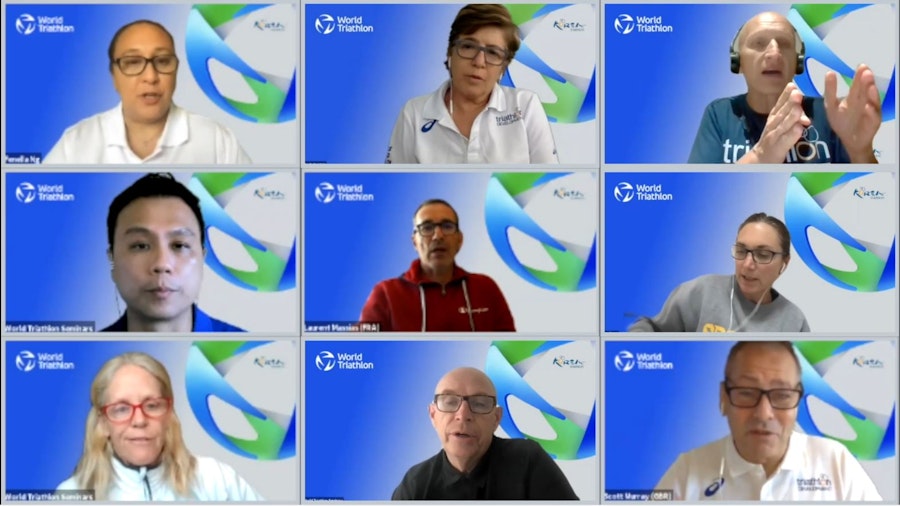 Similar to the 2019 edition (where World Triathlon Development included important Facilitator development elements into the face-to-face delivery in Incheon by having Emma Brunning (GBR), World Triathlon Coach Facilitator Developer on site, this year’s courses also had this important focus.
Adjusting to fully online delivery made it necessary to introduce various Facilitator roles:
• Cohort Facilitators were there for their dedicated groups throughout the full duration of the course as main points of contact and tutors responsible for assessments.
• Seminar Facilitators took some load off the shoulders of Cohort Facilitators by delivering online live sessions with necessary preparations and follow-up.
• We also had some Guest Speakers jumping into the seminars bringing their experiences and insights to the table.
As all online sessions (Facilitator Open Hours and Seminars) were recorded, not only participants had the option to review them, but Facilitators and World Triathlon Development also. Self-reflection, peer bench-marking and reflections, and to-the-point feedback from the Facilitator Developer all became integral parts of the online delivery. This is something new that we didn’t have previously.
As an out-comes of this intense and various facilitator development, World Triathlon has created a Coaches Online Course Delivery Guidelines and will release World Triathlon Coach Facilitator Policy and Guidelines in January 2022.