In just a matter of weeks, 21-year-old Canadian Paula Findlay has gone from a relative unknown to one of the top triathletes in the world. Findlay won her second Dextro Energy Triathlon ITU World Championship Series race in a row today in Kitzbühel, Austria, running away from Sweden’s Lisa Norden and New Zealand’s Andrea Hewitt. Findlay also won round five of the Series in London last month.

“It was a really hard race for me today—much harder than the win in London,” Findlay said. “Those were two really strong girls that I was running with and it made things really tough.”

I ran a little bit of track back in high school, so I knew I had a little speed in my legs, but I also knew that Andrea and Lisa have great sprints, so I didn’t know if I’d be able to pull it out.
Paula Findlay

Norden, who is known for having one of the best finishing sprints in the women’s field, was unable to hang with Findlay in the final 300 metres and settled for second.

“I knew from watching the race in London that Paula would be really strong in the end,” Norden said. “I was hoping that I would have a strong kick at the end today, but when Paula went, I couldn’t go with her.”

Sixty-two women dove into the Schwarzsee Lake to start the 1.5K swim, with Americans Sara McLarty and Laura Bennett making their way to the front right from the start. Emma Moffatt (AUS) and Claudia Rivas (MEX) hung on the Americans’ heels as the women started the second swim lap, with the rest of the group getting strung out behind. McLarty and Bennett broke away on lap two, building a 17-second advantage by the time they exited the lake. Rivas led the group out of the water next, with a pack of 19 women only seconds behind.

I knew from watching the race in London that Paula would be really strong in the end. I was hoping that I would have a strong kick at the end today, but when Paula went, I couldn’t go with her.
Lisa Norden

Onto the bike, a lead group of 22 women pulled away from the rest of the field, building a gap of almost 90 seconds by the halfway point of the rolling and winding 43.8K bike course. Noticeably absent from the front group was Switzerland’s Nicola Spirig, who took up the charge of leading the chase pack for much of the day. Spirig was unable to make up any ground, however, as the lead pack entered the second transition with a 1:45 advantage.

Right out of T2, a group of five women pulled away, building a 15-second lead at the end of lap one of four. In the lead bunch of five were Moffatt, Hewitt, Findlay, Norden and perennial podium threat Helen Jenkins of Great Britain. Moffatt and Jenkins lost touch with the other three women as they neared the 5K mark, as Hewitt moved to the front and cranked up the pace.

By the time the top three women made it onto the final lap, all that was left to decide was the order of the podium. With just 800 metres left to run, Hewitt finally faded back and it was down to a two-woman race. As soon as Findlay made the final turn toward the finish, she found another gear and stormed away from Norden. The redheaded Canadian stopped the clock in 2:03:03, with Norden crossing the line three seconds behind.

“I really surprised myself with a sprint like that,” Findlay said. “I ran a little bit of track back in high school, so I knew I had a little speed in my legs, but I also knew that Andrea and Lisa have great sprints, so I didn’t know if I’d be able to pull it out.”

Rounding out the podium was Hewitt, who retains her spot as the number two-ranked athlete in the world with yet another top-five finish.

“I think consistent training has been the key to consistent racing this year,” Hewitt said. “Today I was going at my maximum for almost the whole 10K so it was really hard to find anything extra for the sprint, but I’m really happy to be on the podium again.”

Rounding out the top five were Jenkins (4th) and Moffatt (5th). Like Hewitt, Moffatt has been a model of consistency this year and now heads into the Series Grand Final in Budapest next month as the leader of the ITU World Championship Rankings.

“I definitely had a better season last year, but it’s been good to be so consistent this year,” said Moffatt, who was unbeatable en route to winning the 2009 ITU World Championship. “It feels great to head into the final race of the season as the Series leader again, and hopefully I can find a little extra run speed in Budapest to get on top of the podium.”

The final race of the 2010 Dextro Energy Triathlon ITU World Championship Series will be the Grand Final in Budapest on September 11-12. 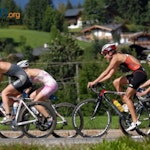 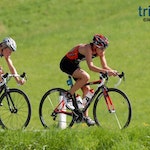 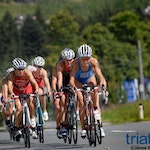 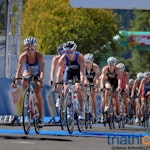 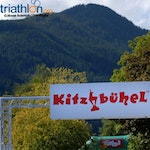 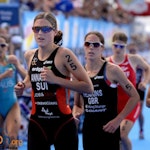 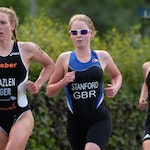 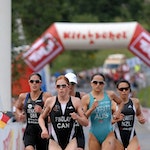 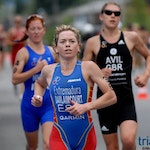 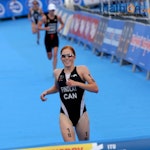 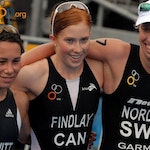 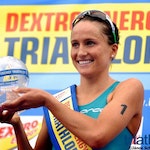