by Lisa Pringle on 01 Sep, 2014 09:57 • Español
Great Britain continued their dominance in the Mixed Relay format, claiming the U23/Junior World Championship, backing up the Elite title they won earlier this year. Gordon Benson (GRB), the...

Great Britain continued their dominance in the Mixed Relay format, claiming the U23/Junior World Championship today, backing up the Elite title they won earlier this year. Gordon Benson (GRB), the bronze medallist in the U23 race, anchored his team, crossing the line in a time of one hour, 22 minutes, 58 seconds for the win ahead of Australia while home nation Canada grabbed the bronze.

Germany’s Laura Lindemann continued a successful World Championships after winning the U23 Women’s title yesterday. Leading off for Germany, she was first to emerge from the 300m swim, but right behind her was Sophie Coldwell (GBR) and Elianne Huitema (NED).

On the 6.6km bike leg, eight teams got away but Lindemann held her lead the entire way to tag first. Angelica Olmo (ITA) quickly followed, as did Erin Jones (USA), yesterday’s U23 women’s bronze medallist.

Lasse Nygaard-Priester (GER) kept Germany in the lead but it was Matthias Steinwandter (ITA) with a great swim that pushed Italy into second and Christopher Perham (GBR) put the Brits back into contention.

Nygaard-Priester maintained his lead to again see Germany hand off first. But impressive performances from Ben Kanute (USA) and Alexis Lepage (CAN) moved the Americans and Canadians into top positions.

A monster swim leg from Lucy Hall (GBR) knocked Germany out of the top three and was key in Great Britain’s eventual win. Dominika Jamnicky (CAN) kept Canada in the top three and a decision by the US team not to wear wetsuits paid off as they grabbed fourth after the swim.

Australia’s Brittany Dutton put in a huge performance to put them back into a medal position handing over to U23 Men’s silver medallist Jacob Birtwhistle to bring it home.

Up ahead, Hall followed up her fast swim with a superior bike and run to give Benson a 25-second lead going into the final changeover. Canada enjoyed a slight lead over Australia until Birtwhistle blew through the water to catch Canada’s Tyler Mislawchuk in transition.

But the Brits’ lead proved an unassailable one and Benson cruised over the line to claim gold. Birtwhistle put in a slick performance again today ensuring Australia snared the silver and Canada held on for bronze. 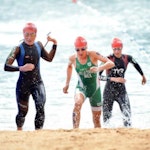 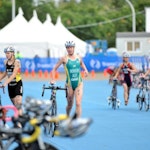 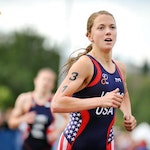 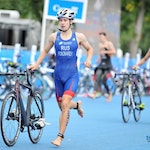 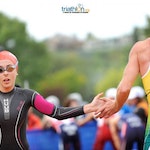 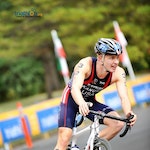 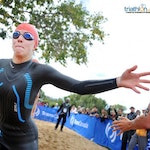 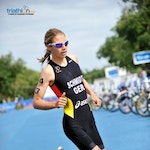 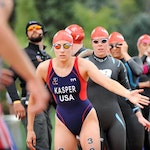 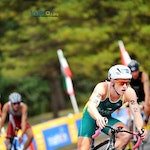 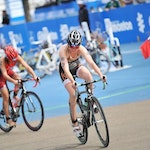 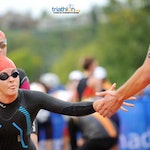