by Olalla Cernuda on 03 Sep, 2017 03:41 • Español
It was a day of firsts in Karlovy Vary for the inaugural ITU World Cup. First time ever Gustav Iden (NOR) has won a World Cup, with an impressive performance, and another first Tayler Reid (NZL) got on the podium in a World Cup, as he finished third. Completing the podium, veteran Italian, Alessandro Fabian, got his first podium of the season after some months off racing following the Rio 2016 Olympics.

It was a day of firsts in Karlovy Vary for the inaugural ITU World Cup. First time ever Gustav Iden (NOR) has won a World Cup, with an impressive performance, and another first Tayler Reid (NZL) got on the podium in a World Cup, as he finished third. Completing the podium, veteran Italian, Alessandro Fabian, got his first podium of the season after some months off racing following the Rio 2016 Olympics.

“I am extremely happy. We did such a great team effort on the bike. It means quite a lot to me to be on a World Cup podium. I was on a training camp those past weeks and I told my team mates that this one was the one race for me to win. The course is really hard, but I like it. I saw it (the course) last year and thought that this is my kind of course and I wanted to do this race, so here I am”, said Iden after the race.

The afternoon was warmer as the sun came out for the men’s race in the Rulava lake, with 64 athletes diving in the pontoon for a two-laps swim which was led, to no one’s surprise, by Slovakian Richard Varga. He was closely followed by Tayler Reid (NZL), Jonas Schomburg (ITU), Alessandro Fabian (ITA) and Jumpei Furuya (JPN), and they quickly broke away from the rest of the athletes before getting to the city loops. Some other strong swimmers, such as Dmitry Polyanskiy (RUS) or Seth Rider (USA) never managed to get in the front group, and were caught by the large chase pack.

At the end of the fifth lap, with a large group of 25 athletes chasing the leaders and with a time difference of more than 2 minutes, four triathletes broke away from the large group and worked together to chase the five men, with three Norwegians -Gustav Iden, Casper Stornes and Endre Espedal, along with Stefan Zachäus (LUX) pushing together to fight for their options. And they played their cards smartly, working together as a team, and with a fourth Norwegian -Morten Hansen- left behind to do most of the work in the third group.

It was then when the ‘Norwegian army’ proved themselves really strong going up the hills on the streets of Karlovy Vary, and they reduced the difference with the leading five to less than 30 seconds entering the long and steep transition.

With a tough 10km run ahead, Schomburg led the five-men group out of transition, followed close by Fabian and Varga, leaving behind Furuya on the first ramps. But they didn’t know that Iden was coming from behind to showcase an amazing performance. In the first lap he chased Varga, Reid and Schomburg, in the second one he was on the heels of Fabian.

With 5km to go, the Italian tried to break away, but the Norwegian was unstoppable. He passed Fabian with 4 kms to go, and increased the gap on every hill, to finish the race in 1h49’56’‘. Karlovy Vary is the first ever World Cup victory for the young Norwegian, only 22 years old, and whose best result before that was a fourth place in Cagliari World Cup in 2016.

Behind him, a plethoric Alessandro Fabian, coming back strong after a post-Olympic small break on his career. “It was a great satisfaction. Last year I had a hard year, after the Olympic cycle, but at the end this is a great result for me, not only for the second place, but for myself. I need to go step by step now, I want to think of myself and not only on results”.

Also euphoric was kiwi Reid, who got in Karlovy Vary his best ITU result ever. “I didn’t give my dad a Father’s Day present, so here you are, dad”, said after the race. “I am overwhelmed. I was fourth with 2 kms to go and I thought that I really want this bad, so I kept pushing. I passed Varga and the last 1km was hell for me. But I didn’t want to finish fourth. everyone hates getting fourth, it’s the worst position ever, so I am so happy all the hard work has paid off”.

Behind him, Jonas Schomburg managed to cross the line on that “hated” fourth position, followed by Frenchman Maxime Hueber-Moosbrugger, who had the fastest run of the day, coming back from behind to his best finish ever in a world cup. 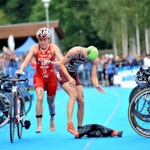 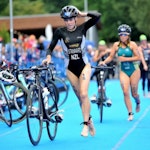 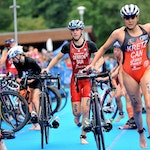 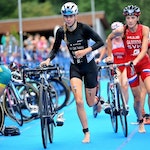 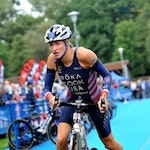 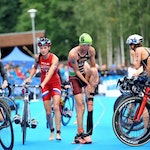 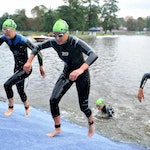 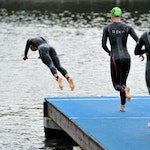 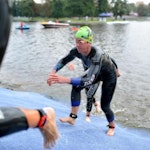 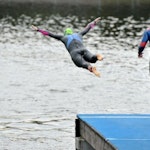 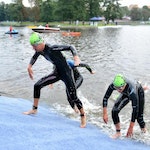 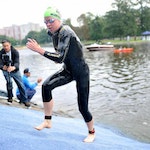